"Bill Moyers Journal: The Conversation Continues" helps make sense of the world we lived in from 2007 to 2010 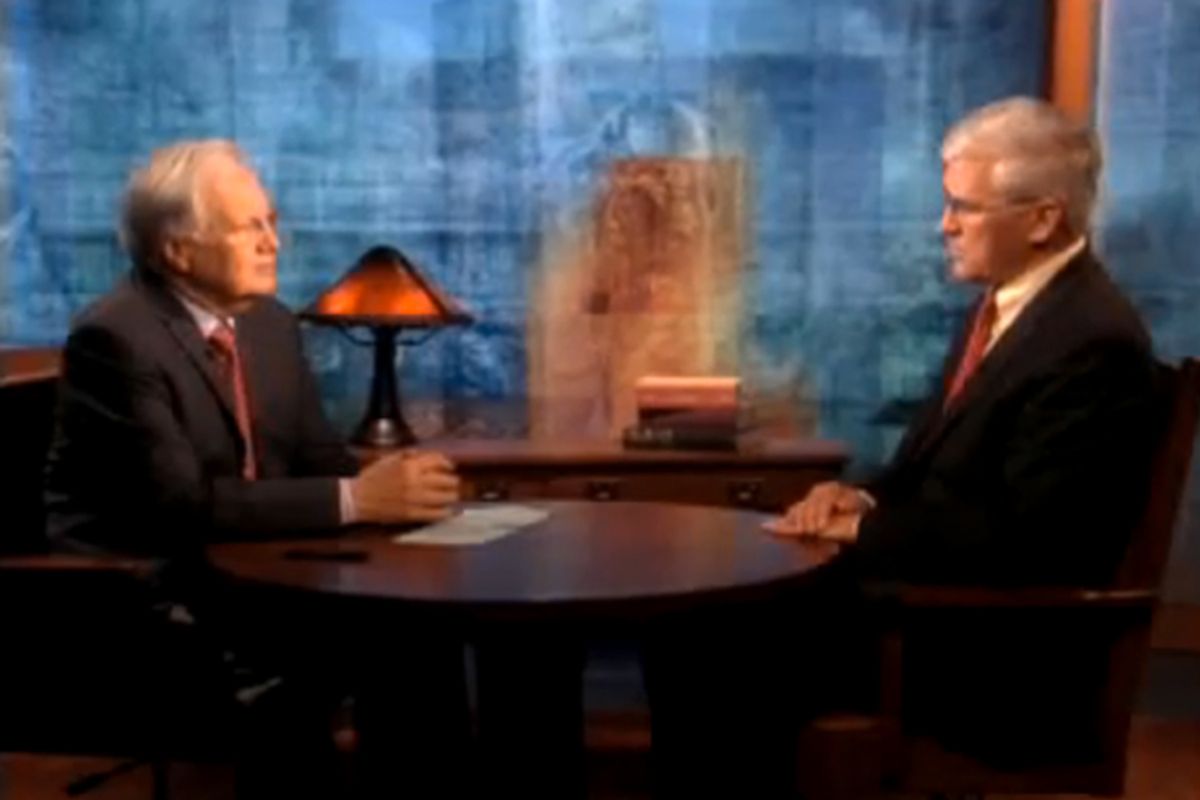 Bill Moyers has a new book out. In the interest of full disclosure, I edited the book with him and co-wrote its introduction. And in the interest of what may seem to be shameless self-promotion, I urge you to read it.

If you don’t buy "Bill Moyers Journal: The Conversation Continues," borrow it from the nearest local library (Although please keep in mind, we are the sole support of a community of endangered pundits hiding in the swamplands of lower Manhattan. The choice is yours.).

Published by The New Press, the book is a collection of interviews augmented with new introductions and updates, a compilation of some of the best and most interesting conversations conducted during his PBS series from 2007-10, as put together by Bill and his production team. But more than that, "Bill Moyers Journal: The Conversation Continues" functions as an informative and essential primer in contemporary American politics, society and literature, presented with a progressive point of view yet covering the waterfront of ideas and opinions.

The pages encompass a remarkable three years in American history: not just the final years of the Bush White House, but also the turbulent 2008 presidential campaign culminating in the election of our first African American president; the first 15 months of the Obama administration with its fierce debates over health care, financial reform, and escalating the Afghan war; and of course, the global economic breakdown.

We didn’t realize it at the time, but as we looked back over what many of the people had to say, we discovered that their thoughtful analysis created a unique portrait of the state of America in those years. What’s more, they were remarkably prescient about events that lay ahead.

The economists Simon Johnson and James K. Galbraith accurately predicted that no matter the financial meltdown of 2008, many of the same people who caused it would emerge more prosperous than ever. (Despite high unemployment and stagnant wages for the working class, the Wall Street Journal recently released a study reporting that CEOs at the country’s 350 biggest companies saw their pay jump 11% last year to a median of $9.3 million.)

Months before the collapse and our national, ongoing debate on the budget and deficit, historian Andrew Bacevich told Moyers that our economy resembled a giant Ponzi scheme: "This continuing tendency to borrow and to assume that the bills are never going to come due," he said. "How are we going to pay the bills? How are we going to pay for the entitlements that are going to increase year by year for the next couple of decades, especially as baby boomers retire? Nobody has answers to these questions."

Conservatives Ross Douthat, Victor Gold and Mickey Edwards talked about what many see as the death of traditional conservatism, but foresaw emerging from it the inchoate rage that has resulted in the Tea Parties and a resurgence of the radical right, driving establishment Republicans to ulcerous distraction as we approach another pivotal national election.

A few other excerpts:

Biologist E.O. Wilson: "We’re the ones that can destroy the world. No other single species ever had anything like that power. And we also have the knowledge to avoid doing it. It’s sort of a race to the finish line that we will develop the intelligence and the policies and the decency to bring it to a halt not just for life itself but for future generations before the juggernaut takes us over."

Activist and analyst Holly Sklar: "The rising tide’s not lifting all boats. Little crumbs aren’t trickling off the table. What’s really happened is that so much is being ripped off at the top. It’s a level of extreme, almost pathological greed and it’s not tolerated in any other of the democracies."

Health care executive turned reformer Wendell Potter: "One day I was reading President Kennedy’s book "Profiles in Courage." In the foreword, his brother Bobby said that one of the President’s favorite quotes was from Dante: ‘The hottest places in Hell are reserved for those who, in a time of great crisis, maintain their neutrality.’ And when I read that, I said, ‘Oh jeez, I’m headed for the hottest place in Hell, unless I say something.’"

Civil rights advocate and litigator Michelle Alexander: "Much of the data indicates that African Americans today, as a group, are not much better off than they were back in 1968 when Martin Luther King delivered "The Other America" speech, talking about how there are two Americas in the United States… These two Americas still exist today. The existence of Barack Obama and people of color scattered in position of power and high places creates an illusion of much more progress than has actually been made in recent years."

Poet W.S. Merwin: "The most valuable things in our lives come out of what we don’t know. And that’s a process that we never understand. I think poetry always comes out of what you don’t know. Now, I tell students, knowledge is very important. Learn languages. Read history. Read, listen – above all, listen to everybody. Listen to everything that you hear. Every sound in the street. Every dog and every bird and everything that you hear. But know that while all of your knowledge is important, there is something you will never know. It’s who you are."

This is an eclectic and lively, even cacophonous, compendium of voices with a lot to say, much of it stimulating and provocative. Many of the contributors to "Bill Moyers Journal: The Conversation Continues" are alarmed at the state of the union and the powerful forces of wealth and venality that actively seek the destruction of what little is left of our representative democracy. But something the historian Howard Zinn says in the book also resonates throughout: "The idea of people involved in history, people actually making history, people agitating and demonstrating, pushing the leaders of the country into change in a way that leaders themselves are not likely to initiate… Don’t depend on our leaders to do what needs to be done, because whenever the government has done anything to bring about change, it’s done so only because it’s been pushed and prodded by social movements, by ordinary people organizing."

Don’t take my word for it. Read the book.