Christie pulls out of cap-and-trade program 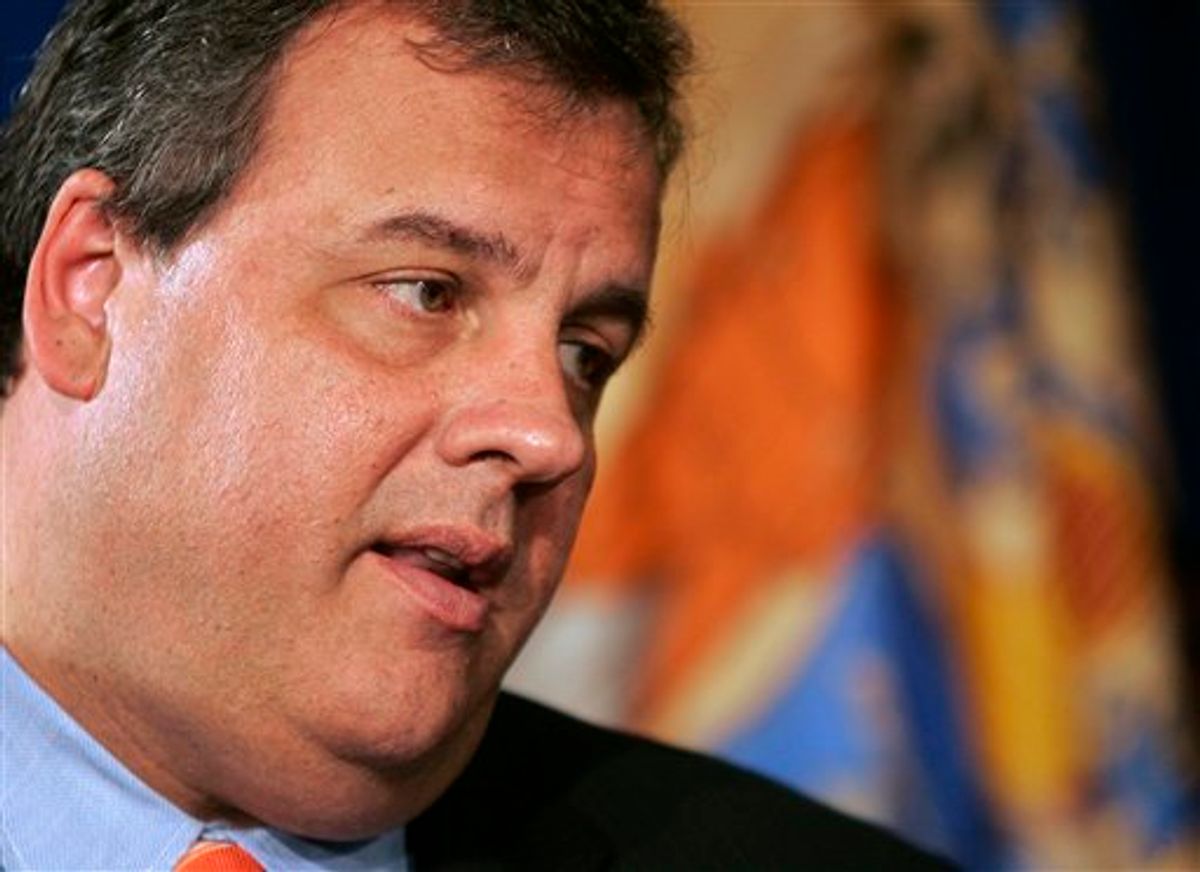 FILE - In this May 2, 2011, file photo New Jersey Gov. Chris Christie responds to a question about the killing of Osama bin Laden by U.S. forces at the State House in Trenton, N.J. Some of Iowa's top Republican campaign contributors, unhappy with their choices in the developing presidential field, are venturing to New Jersey in hopes they can persuade first-term Christie to run. The entreaty is the latest sign of dissatisfaction within the GOP over the crop of candidates competing for the chance to run against President Barack Obama in 2012. (AP Photo/Rich Schultz, File) (AP)
--

Here's yet another item for the "signs your Republican governor wants to be president" list:

New Jersey Republican Gov. Chris Christie announced Thursday he will withdrawal his state’s membership from the Regional Greenhouse Gas Initiative (RGGI) by the end of the year.

"It’s a failure," said Christie. "RGGI has not changed behavior and it does not reduce emissions."

The goal of RGGI — a ten-state cap and trade program — is to reduce carbon dioxide emissions 10 percent by 2018.

That's from a Daily Caller piece today about Christie, who, while he insists he's not running for president, clearly has national ambitions.

As governor of Massachusetts, Romney actually hired the man who helped create the Regional Greenhouse Gas Initiative. But in late 2005, already eying a presidential run, Romney pulled out of the program.

Romney was early to realize that being on board with even a modest plan to address climate change could become a liability. Many of the other Republican candidates were still talking up cap-and-trade programs just a few years ago.