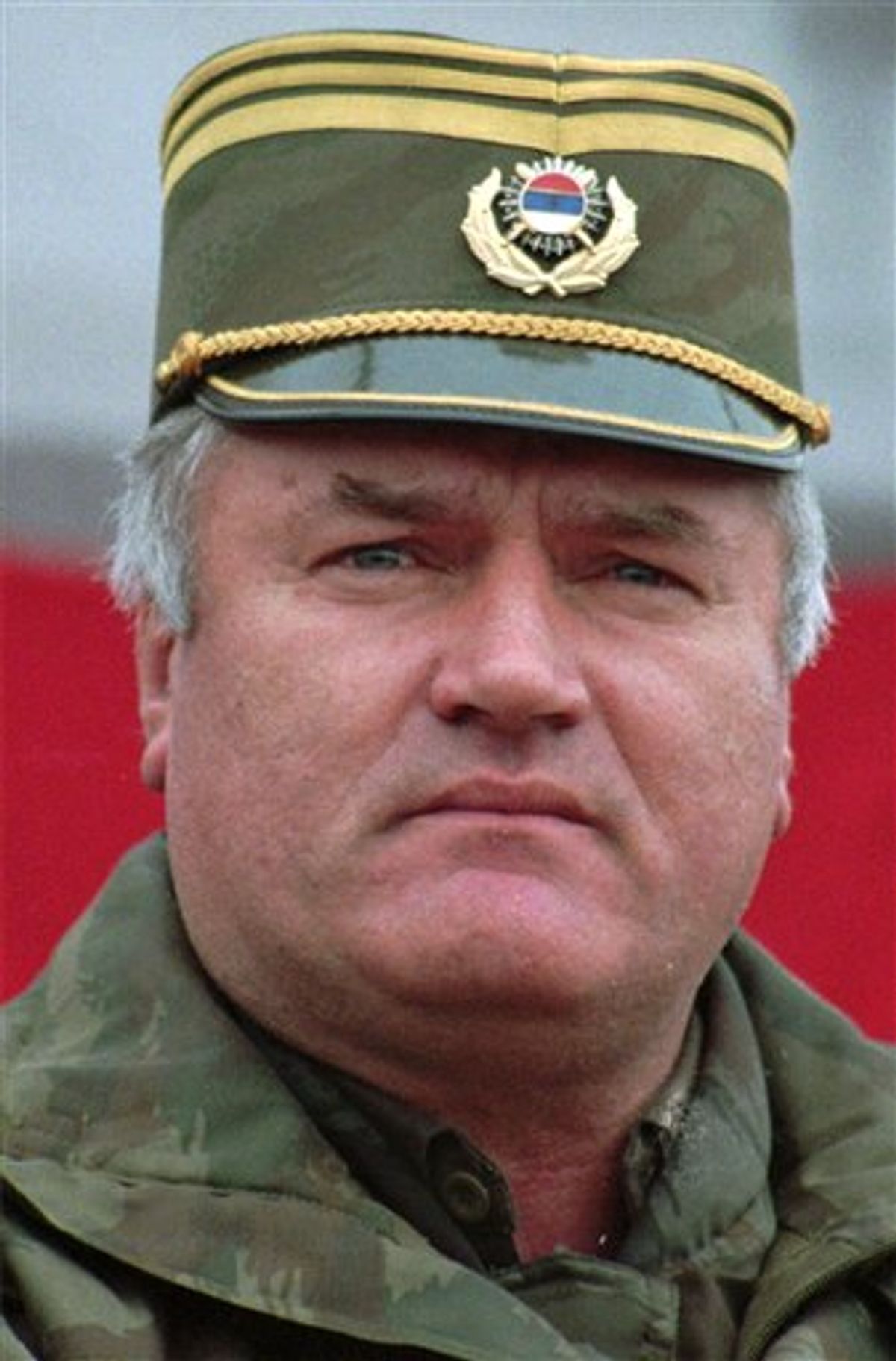 FILE - Bosnian-Serb General Ratko Mladic is seen in this 1995 file photo during a visit to troops in the east Bosnian town of Vlasenica. Belgrade's B-92 radio reports Thursday May 26, 2011 that a man suspected to be Europe's most wanted war crimes fugitive Ratko Mladic has been arrested in Serbia. Serbia's war crimes prosecutors refused to confirm or deny the report. (AP Photo/Oleg Stjepanovic) (AP)
--

NATO is hailing Serbia's arrest of indicted war criminal Ratko Mladic, saying he played a key role in some of the darkest and bloodiest chapters of European history.

NATO Secretary-General Anders Fogh Rasmussen said on Thursday that almost 16 years since Mladic's indictment for genocide "his arrest finally offers a chance for justice to be done."

Tens of thousands of NATO troops were deployed to Bosnia in 1995 to safeguard a U.S.-sponsored peace agreement between that nations' warring factions. They have since been withdrawn abd replaced by a much smaller European Union force.

In 1999, NATO warplanes bombed Serbia for two-and-half months to end a crackdown by Slobodan Milosevic's troops against the Albanian minority in Kosovo province.