My fake dates with fake men 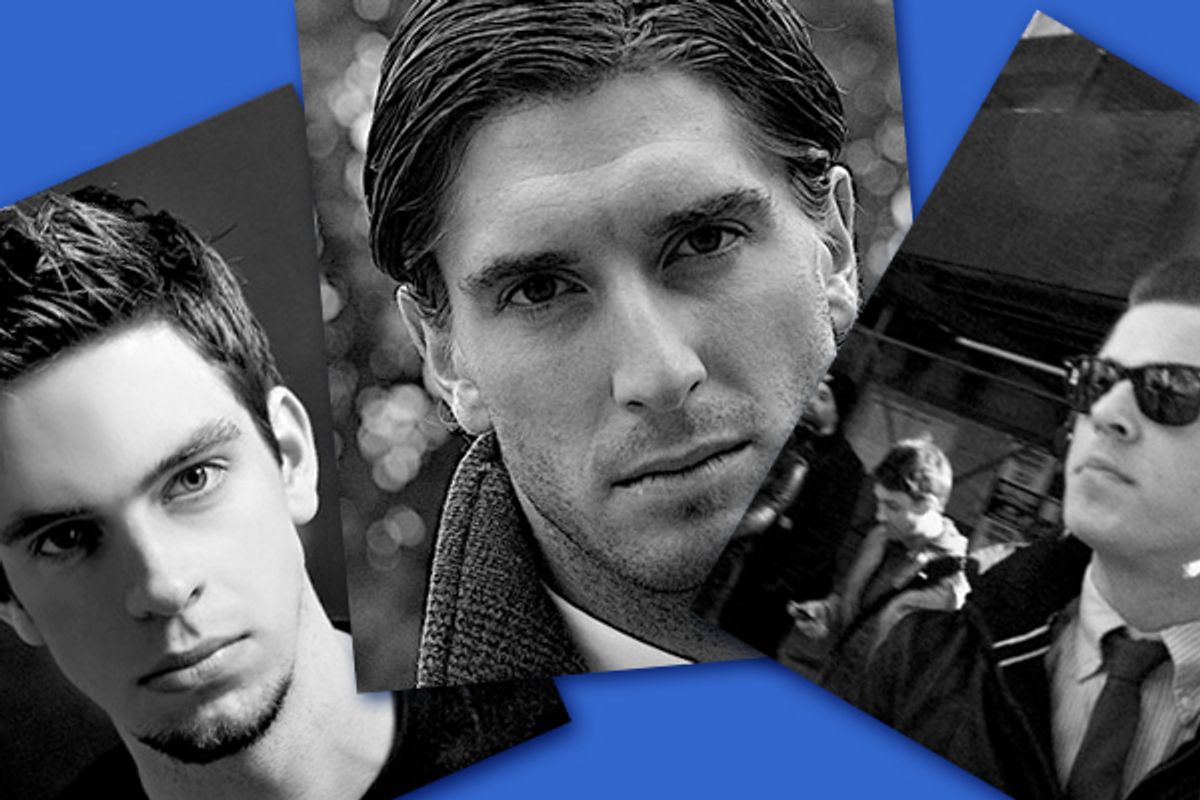 Photos of the fake men I fake dated on Cloud Girlfriend
--

This morning, I went on a date with a man with dark, brooding eyes, exquisite bone structure and just the right amount of stubble. This sort of man would render me mute in real life -- but this isn't real life, this is Cloud Girlfriend, a brand-new dating site built around lies. You log on, create a profile with a make-believe name, photo and profile, and then go on chatroom "dates" with compatible matches (which is to say, other people playing pretend). It's a space where my fantasy self can go on a date with your fantasy self.

The buzz around Cloud Girlfriend is so great that before it even officially launched, 85,000 people signed up to use the service. That's due in part to the fact that it was initially advertised as a service that would create fake Facebook profiles for an imaginary girlfriend or boyfriend and then post flirtatious messages on your wall to make you look like a hot commodity. That idea violates Facebook's terms of service, though, so creator David Fuhriman had to come up with a new angle, and fantasy online dating was it.

Entirely confused about the appeal of such a site, I decided to engage in some online make-believe speed dating. First, I was presented with a host of images of attractive women to choose from. I went with a snapshot that looked most like me -- which is perhaps the wrong way to go about things when it comes to fantasy -- and filled out a description of myself: "I'm a fake lady looking for fake love." As for what I'm looking for: "A fake man looking for fake love." I had barely begun fake dating and already things were seeming weirdly symbolic. Don't all dating sites have some level of deception and fantasy?

After a couple of minutes on the site, I was asked out on a date by the aforementioned dream guy. Again, violating the fantasy idea, I told him that I was a reporter interested in writing about Cloud Girlfriend. He revealed that, amazingly enough, he's a psychologist specializing in relationship counseling. He read about the site in the New York Times earlier this week and logged on because he wanted to explore "the psychological aspects of deception" that are at play. He's been contacted by 43 women and while some of the messages are merely "cute" or "overtly sexual," it "does appear that a lot of the responses have been from girls who seem to possess a higher degree of education, are articulate and seem sincere in wanting to find someone to date." Sadly, before I got a chance to pick his brain for more professional insight he had to leave to see a client.

Next up, I chatted with a guy who, in real life, is 21 and lives in New York. Again, I outed myself as a reporter and asked why he was using the site and he explained that he's "a great 'online guy' but shit when it comes to real life." He said he likes "the idea you can be who you want" and finds that "making up a character" is easier than trying to advertise your real self. It seems to be a safe way to practice flirting for some users. On a regular dating site you don't get much play if you use an obviously imposturous photo, but with Cloud Girlfriend it's perfectly acceptable because everyone's doing it.

What was remarkable to me was that I actually felt at moments like I was really talking to the men in the photos. Maybe that's because the fake photo is the only way you have to visualize this random stranger whom you're having a real conversation with, or maybe it's that communicating through online profiles is so much a part of our real lives nowadays that it's easy to forget that it's just fantasy. Cloud Girlfriend may seem a bizarre concept at first, but even on Facebook people hide behind carefully crafted online personas. Besides, the desire to find someone whose fantasy self is compatible with your fantasy self isn't all that uncommon, now, is it?