Zach Galifianakis, Will Ferrell and the best of "Between Two Ferns"

The Web's most awkward talk show just got a lot more fruity. Bonus Jon Hamm cameo for the super fans 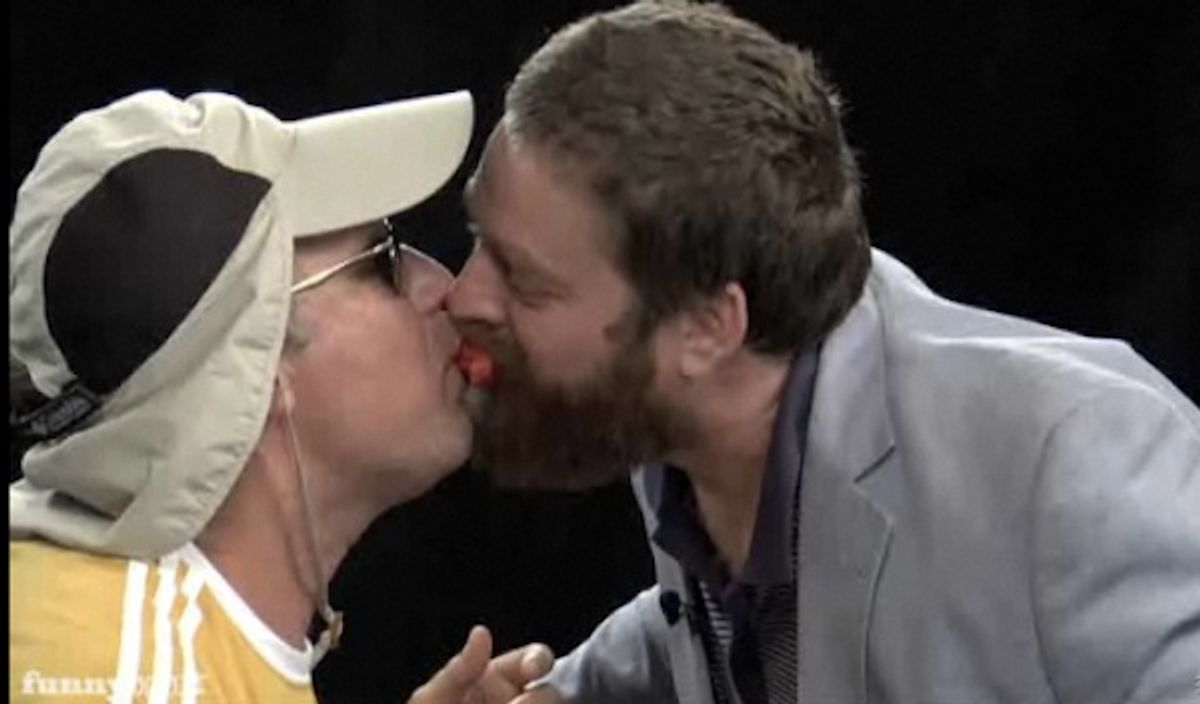 The best talk show on the Internet might be the perennially awkward "Between Two Ferns." Why can't they just replace Jay Leno with Zach Galifianakis? I keep writing NBC, but no one will give me a straight answer.

That being said, the latest "Ferns" episode with Will Ferrell just doesn't do it for me the way some of the earlier episodes do. Sure, there's a quick visit from Jon Hamm, a former "BTF" guest, and a wonderful fruit-eating sequence, but it may be that what made these shows so funny in the first place -- mainly Zach's sweaty awkwardness and mean-spirited jealousy toward his guests -- is a little less believable now that he's a legitimate movie star himself.

(Warning: This video feature some monkey/frog sex that is NSFW.)

To compare, here are some of Between Two Ferns' greatest hits, include Ben Stiller:

And the one that started it all, Michael Cera:

Zach, stop being so famous so you can go back to being more funny!