The anti-gay Tennessee bill no one's talking about

While the media obsesses over the "Don't Say Gay" bill, the state just enacted a different bigoted ordinance 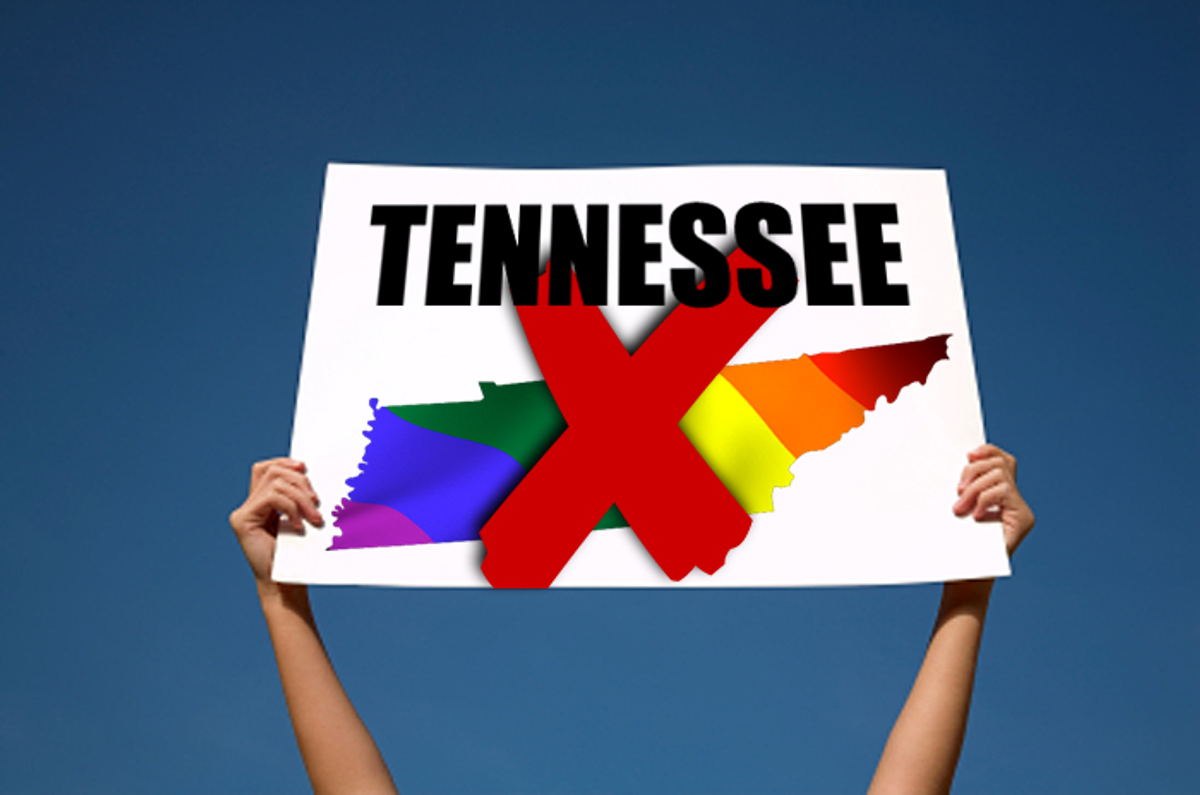 Last month, the City of Nashville made Tennessee history by passing an ordinance designed to protect the employment rights of gay, lesbian, bisexual and transgender citizens. While the city already had such protections in place for its own workers, the ordinance prohibited discrimination against LGBT workers by any private employer that contracts with the city. These extended protections would provide job security to thousands of workers who otherwise have no federal or state protection from being fired or refused a job simply due to their sexual orientation or gender identity.

The reaction from larger Tennessee was swift, silent and deadly. While the news media continues to swarm around an anti-gay bill nicknamed "Don't Say Gay" (because it would essentially prohibit the discussion of homosexuality in sexual education curricula for public schools), the legislature quietly passed the equally odious "Special Access to Discriminate" bill, which was signed into law by Republican Governor Bill Haslam on May 23. The law, officially and ironically titled the Equal Access to Intrastate Commerce Act, forbids municipalities from enacting any anti-discrimination ordinances that are broader than state anti-discrimination laws. While the law does not specifically reference LGBT workers as those left unprotected, the state's anti-discrimination laws do not currently include them. Under this new law, both of Nashville's ordinances are invalid and unenforceable, leaving LGBT workers vulnerable to discrimination on the basis of sexual orientation and gender identity.

The failure to specifically mention LGBT workers in the law is no accident. The new Tennessee law and its origins bear eerie resemblance to an infamous Colorado state constitutional amendment that was eventually struck down by the Supreme Court. In 1992, as a reaction to local ordinances banning anti-LGBT employment discrimination, Colorado voters passed a constitutional amendment ("Amendment 2") prohibiting such local anti-discrimination protections. The amendment specifically targeted gays, lesbians and bisexuals, and forbid any new legislation awarding them any kind of legal protection. In the court case that struck the amendment down, Romer v. Evans, the Court found that the amendment violated the Constitution's Equal Protection clause. Writing for the majority, Justice Kennedy stated, "One century ago, the first Justice Harlan admonished this Court that the Constitution 'neither knows nor tolerates classes among citizens.' Plessy v. Ferguson... Unheeded then, those words now are understood to state a commitment to the law's neutrality where the rights of persons are at stake."

Is the new Tennessee law similar enough to Colorado's Amendment 2 that it would simply be held unconstitutional under Romer? There are arguments either way. The Colorado law was so blatant that it specifically named gays, lesbians, and bisexuals, removing them from the legislative process that every other group of people remained free to participate in. But the Tennessee legislators clearly learned their lesson from Romer: They did not single out the LGBT community, rather, they applied the law to any group that does not currently receive state protections. On the other hand, they did forbid municipalities from enacting any new legislation designed to protect LGBT citizens, even if it isn't explicitly stated. Further, the origins of the law are less than subtle; it is clearly a reaction to the Nashville anti-discrimination ordnance that protected LGBT workers. This situation is similar to the anti-gay adoption prohibition in Arkansas that was stuck down earlier this year. While it did not specifically prohibit gays from adopting, the ban on "unmarried couple" adoptions was passed as a workaround to a law that actually banned gay adoptions and was struck down by the courts. It's also important to note that Romer and its protections have been strengthened in recent years by the Supreme Court's 2003 decision in Lawrence v. Texas, also authored by Justice Kennedy, which struck down a Texas law that criminalized homosexual sodomy. The Tennessee anti-gay employment measure should receive similar scrutiny, and treatment, from the court system.

Even though the Tennessee law is likely to face swift legal challenge and, in my opinion, will be struck down under Romer, its very existence -- and the swiftness with which it passed -- underscores the continuing, desperate need for federal employment protection for LGBT workers. Particularly in this economy, it is unthinkable that LGBT citizens are denied these basic job protections. As the laws stand now, 29 states allow discrimination agaist gay and lesbian workers, and 37 states allow discrimination against transgender workers. The Employment Non-Discrimination Act (ENDA), which is currently pending in Congress for the umpteenth year, would prohibit discrimination against LGBT employees in all states. Because the states have failed so miserably to protect their own citizens, Congress must now step in and pass this law to protect American workers from odious, unconstitutional discrimination.

Leslie Fenton is an attorney in Chicago, Illinois. She and her wife will open their new family law firm, Fenton & Fenton, LLC, in May 2011.