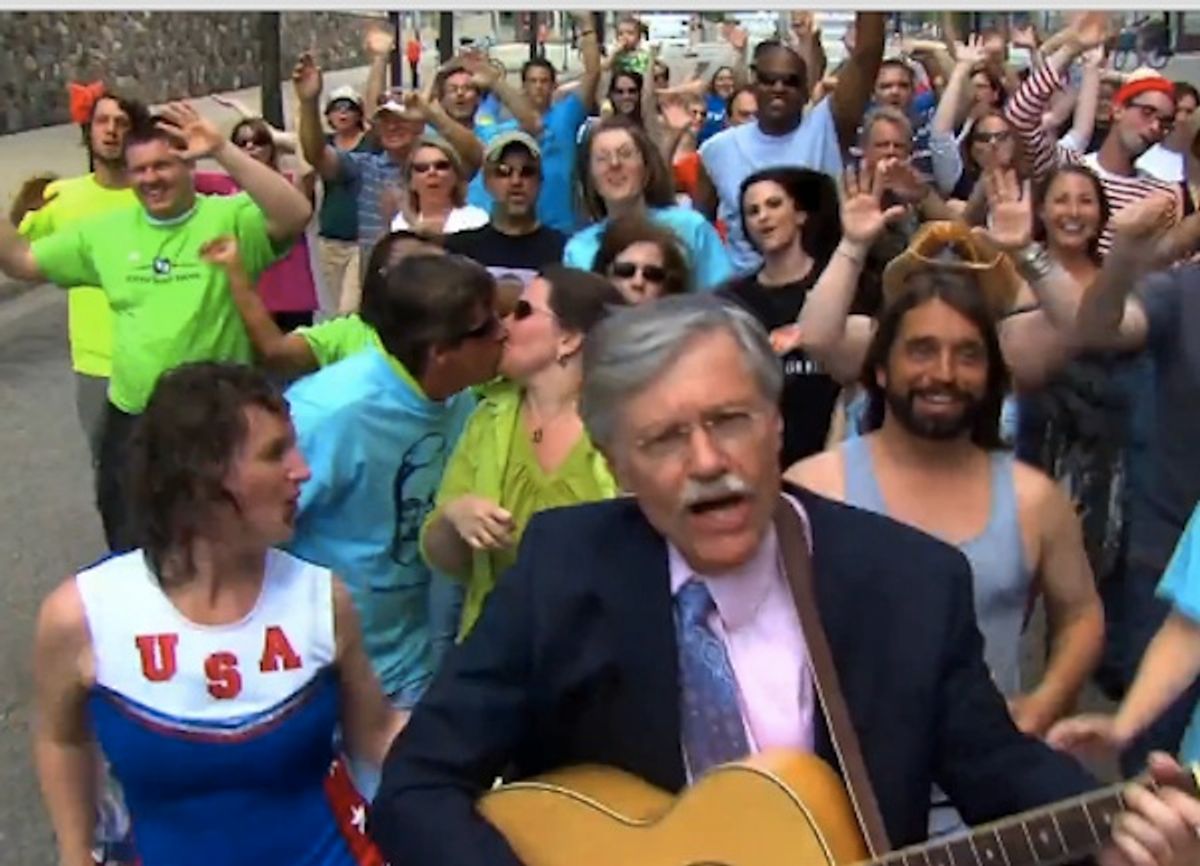 Grand Rapids wants to teach you how to dance real slow.
--

Did you read that article from Newsweek in January naming the top 10 "Dying Cities" in America? Well, the No. 10 town on the list, Grand Rapids, Mich., really took issue with being given the death knell. Instead of writing a letter to the editor, it enlisted 5,000 residents in a lip dub to Don McLean's "American Pie."

Why "American Pie," when it's a song about a dying era? Who knows? I would have gone with "We're Not Gonna Take It" or "Lust for Life." But more importantly, Newsweek has responded to this video via Facebook, claiming it had nothing to do with the article:

First off, we LOVE your YouTube LipDub. We're big fans, and are inspired by your love of the city you call home.

But so you know what was up with the list you're responding to, we want you to know it was done by a website called mainstreet.com -- not by Newsweek (it was unfortunately picked up on the Newsweek web site as part of a content sharing deal) -- and it uses a methodology that our current editorial team doesn't endorse and wouldn't have employed. It certainly doesn't reflect our view of Grand Rapids.

When a commenter asked why the article was posted on Newsweek if it doesn't endorse MainStreet's methods, the Newsweek FB team replied:

Meanwhile, MainStreet.com itself has posted a reply to the lip dub, if you're so inclined.  The real meat of this issue though is Newsweek editors' obvious distaste with some of the new partnerships going on their site.

Editorial and advertising have always been able to be separated in newspapers and magazines, but with content-sharing there is a murkier area. On the Newsweek site, there is no way to tell that the "10 Dying Cities" article was originally written by another publication, except for a small sidebar that lists "Main Street" as the author of the piece. (Oddly, the first result when Googling "Newsweek authors" is a blank page on the magazine's website.)

And why wouldn't readers assume that Newsweek's editorial approved an article that appeared on its site? There's no Op-Ed note saying "These views do not reflect those of Newsweek."

What do you think? Should publications like Newsweek post articles from other publications "not endorsed" by the editorial team? Or do different ethical guidelines apply for the Internet content of a magazine than for its print version?