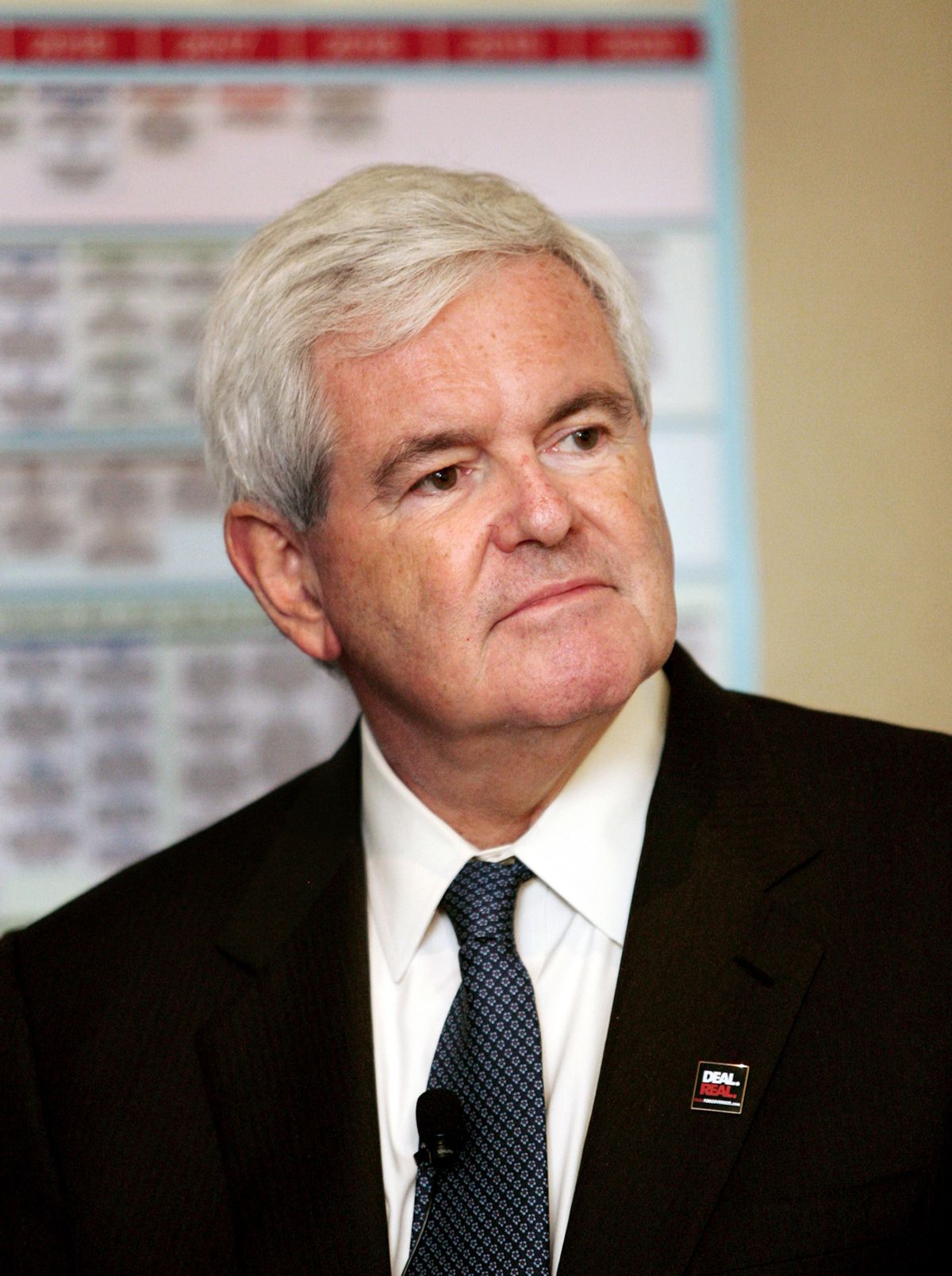 Newt Gingrich is the keynote speaker on the subject of the new federal health care law Tuesday, July 13, 2010 at a Georgia Chamber luncheon at the InterContinental Hotel in Atlanta, Ga. (AP Photo/Jenni Girtman) (Jenni Girtman)
--

This should arguably be counted as a good week for Newt Gingrich, seeing as one of the former speaker's gaffes or epic missteps did not dominate the news cycle like last week.

But a survey by Public Policy Polling released yesterday confirms what many suspected: Gingrich isn't even popular within his own party.

Mitt Romney, hardly known for his Reagan-like charisma or popularity, at least gets a 50-32 favorability rating in the poll, while Sarah Palin comes in at 55-37.

Meanwhile, over at InTrade -- a site where people bet on election outcomes -- former Godfather's Pizza CEO Herman Cain has three times better odds than Gingrich to win the presidency, as noted by Tim Dickinson.

How much longer can Gingrich take these sorts of demoralizing signs?