From "True Blood" to Mark Zuckerberg killing a goat to a purse made out of jerky, this week is all about meat 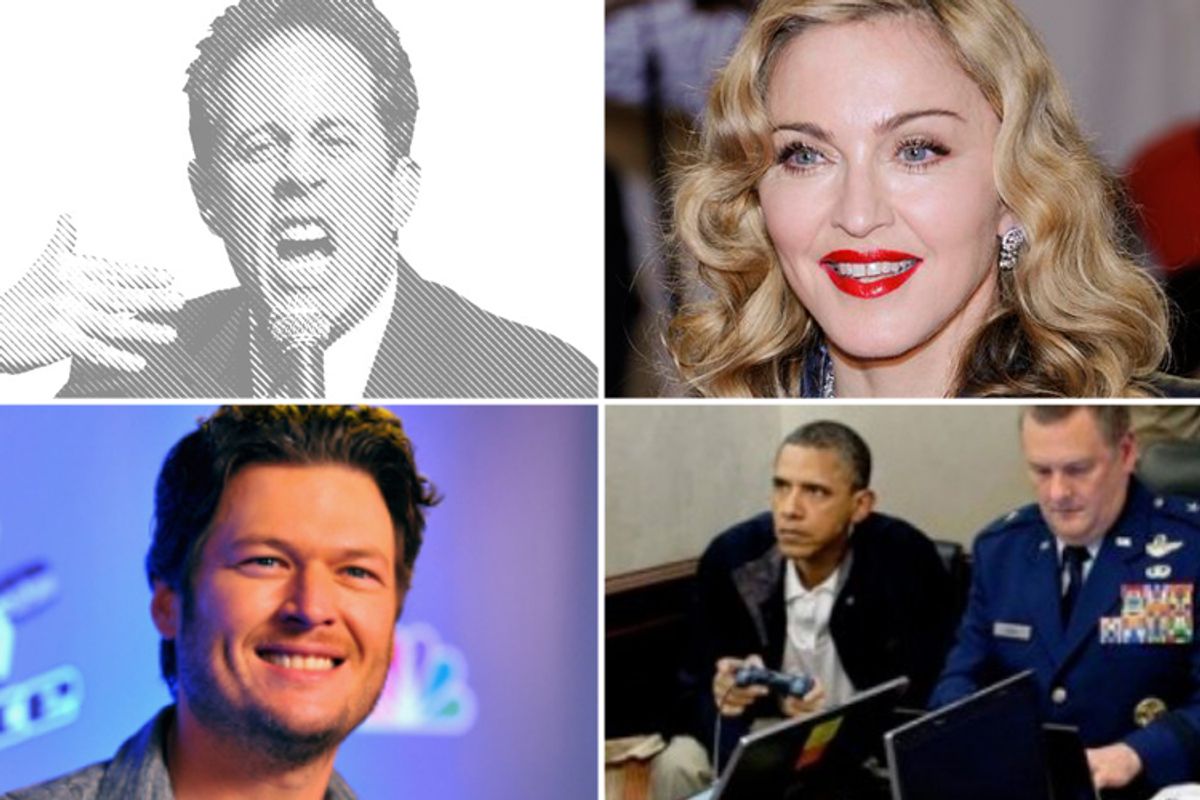 Memorial Day weekend, you guys! I know that I will be happy to wear all my white clothing again, because nothing says "I've been to a summer barbeque" like visible condiment sauce all over my clothing.

And with this warm weather comes tons of pop culture news stories that are just to the right of funky. We've rounded up some of the stranger stuff that we missed this week, and leave it up to you to decide if maybe being raptured wasn't such a bad idea.

1. People who think the Onion's headlines are real: Oh, it happens. And now it's a Tumblr. (Expect a book deal in the near future.)

2. Abed from "Community" shows up on "Cougar Town":

Easter egg for the super fans and the people who love Subway.

3. OWN picks up new series, "Don't Tell the Bride": Groom and future wife are separated for a month before the wedding; he has to make all the decisions about planning the event. Hope she likes nachos and a boob-shaped cake. Oh what? It's all cowhide, no matter which way you look at it. Calm down and take a bite.

5. Museum-going men are happier than their counterparts: That 2 percent of the male population must be having a blast.

6. This mommy kitten is hugging her baby kitten:

Yes, dear, it's very, very cute. Please let me go back to bed now, I have work in the morning. Well, if it's so great, take a video of it! I'll watch it later.

7. "Pop-Up Video" is coming back to VH1: Though now it's just called "tweeting during music videos."

8. "Jersey Shore's" Ronnie and the Situation get into a fistfight in Florence: Really, guys? Really? Italy was ready to boot you out before you even showed up, and this is how you show your good behavior?

9. Mark Zuckerberg, woodsman: The Facebook CEO will only eat food he kills himself. His private message to friends on FB just read: "I just killed a pig and a goat." And not on FarmVille.