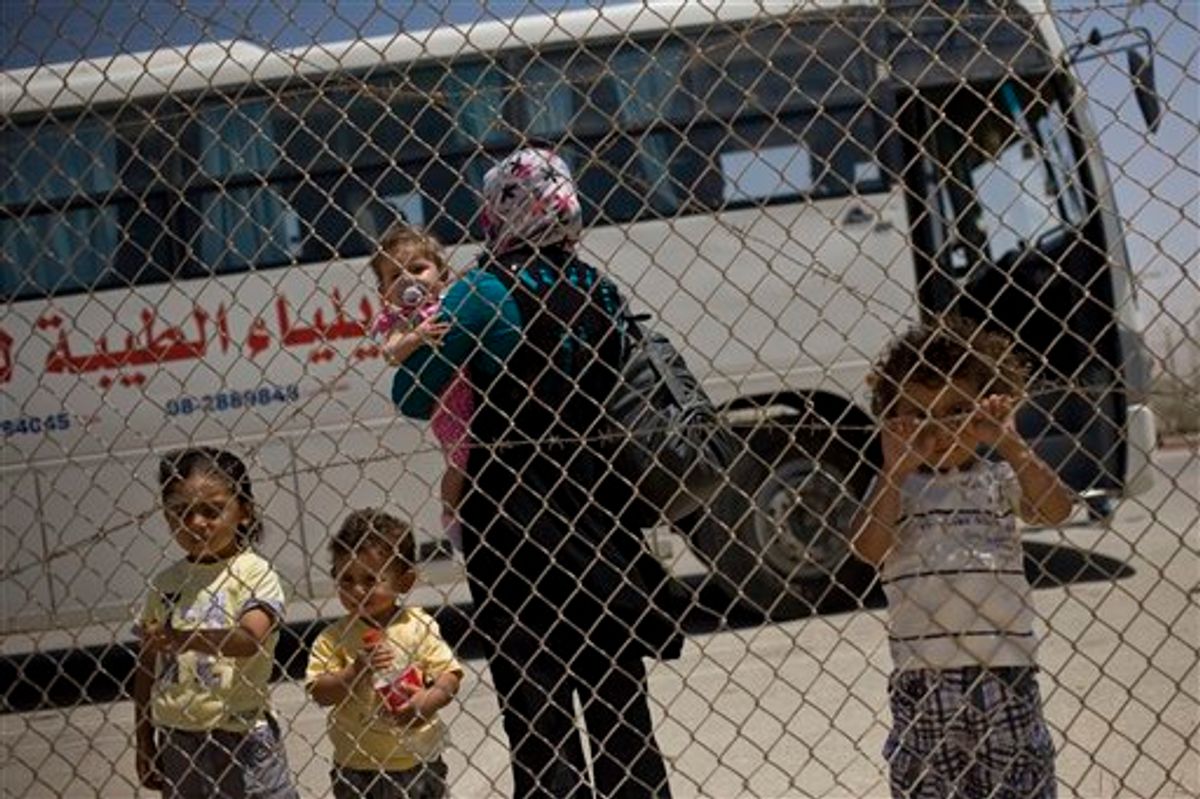 A Palestinian family waits before crossing into Egypt through the Rafah border crossing, southern Gaza Strip, Saturday, May 28, 2011. Egypt officially and fully reopens its passenger crossing with Gaza at the town of Rafah, after a long period of restrictions aimed at isolating the Hamas militant group that rules the Palestinian coastal strip which could ease the isolation of 1.4 million Palestinians there. (AP Photo/Bernat Armangue) (AP)
--

A senior Israeli military official says the army is bracing for the possibility of renewed violent protests along the country's borders in the coming days. The official could not be identified under military police

Facebook-organized demonstrators are promising unrest on the 44th anniversary of the 1967 Mideast war this weekend.

The official says the army is planning to send large numbers of troops equipped with riot-control means, like water cannons and rubber bullets, in order to avoid a repeat of deadly unrest earlier this month.

Fourteen people were killed in protests along the Lebanese and Syrian borders on May 15.

The unrest marked the Palestinian day of mourning on the anniversary of Israel's founding.