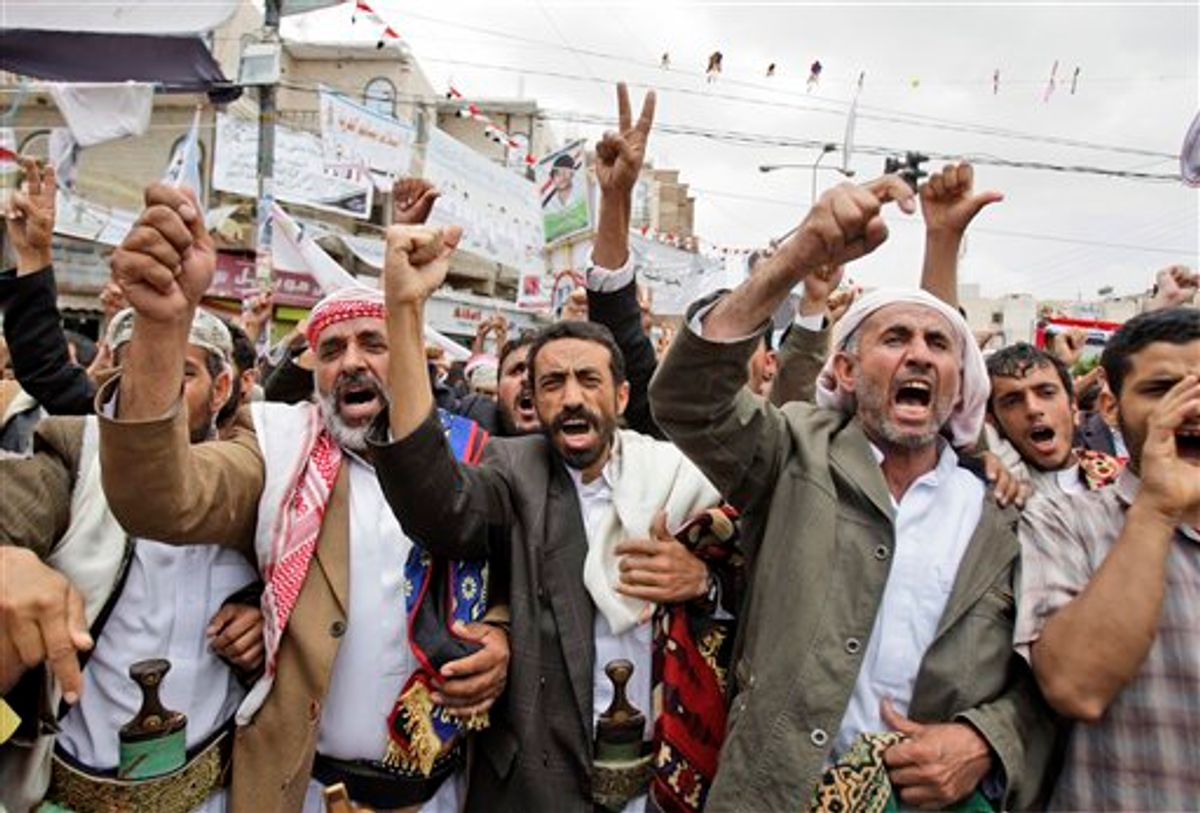 Anti-government protestors, shout slogans during a demonstration demanding the resignation of Yemeni President Ali Abdullah Saleh, in Sanaa, Yemen, Saturday, May 28, 2011. Fighting that rocked Sanaa for the past five days spread beyond the capital on Friday as Yemeni tribesmen opposed to the rule of President Ali Abdullah Saleh seized a Republican Guard military camp in battles that left dozens dead and prompted airstrikes by government warplanes, according to a tribal leader. (AP Photo/Hani Mohammed) (AP)
--

Yemeni military officials say hundreds of Islamic militants have tightened their grip on a southern town two days after seizing banks and government offices there.

Critics accused embattled President Ali Abdullah Saleh of allowing the militants to seize Zinjibar to distract from three months of mass protests calling for an end to his 33-year rule. Saleh has warned that without him, al-Qaida would seize control of Yemen.

The officials say militants seized tanks Saturday night after the governor, the security chief and the head of an army brigade left the town.

All officials spoke on condition of anonymity because they were not authorized to speak to the media.

Meanwhile, a Yemeni rights activist says a brigade of the powerful Republican Guard run by the son of embattled President Ali Abdullah Saleh has defected to the opposition in a southern province.

It's the first reported defection among the elite troops, which have been the core of Saleh's hold on power despite three months of massive street protests and defections by some military and tribal allies.

Activist Abdul-Rahman Ahmed says a letter from Brig. Gen. Ibrahim al-Jayfi, commander of the Guard's Ninth Brigade was read to thousands of protesters in the provincial capital of Damar on Sunday.