What does "slut" mean, anyway?

The slur is making headlines, but there's little agreement on its significance. That might be the key to its power 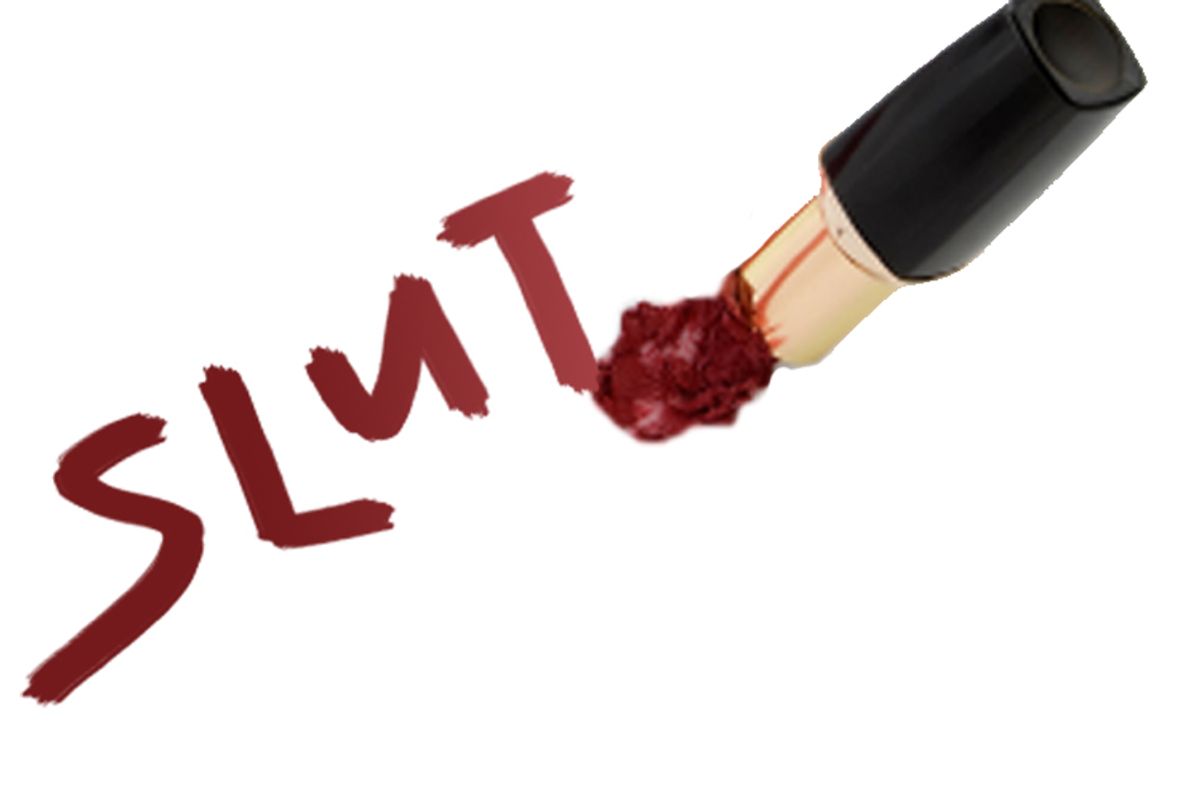 The word "slut" has been getting around a lot lately. Just this week, MSNBC host Ed Schultz was suspended after calling conservative radio talk show host Laura Ingraham a "right-wing slut." Soon after, he went on TV to express his regret at length and, interestingly, became choked up when he apologized to his wife in particular. This follows the hubbub over emerging global SlutWalks, edgy anti-rape protests staged in response to a Canadian official's remark that women should protect themselves by not dressing like "sluts." The marches have garnered international coverage all month long and revived debate about whether the slur can be reclaimed.

All of this made me wonder how people feel these days about the word, which originated in the 15th century to describe "a dirty, untidy, or slovenly woman." When I began asking around, I found that the slur is so radioactive for some women they can hardly talk about it; for others, it's simply too antiquated to make them feel much of anything. But most fell somewhere in-between those two poles -- seeing it as anything from a term of endearment to a titillating word in the bedroom.

For their part, the women of "The View" were laughing about the four-letter word this week. While discussing the Schultz incident, Barbara Walters was quick to point out that she had been jokingly called a slut before by Joy Behar, who followed up by admitting to being a total "Scrabble slut" herself. Jokes! Then, just to keep things interesting(-ish), Whoopie argued that we shouldn't see any difference in the word coming from a man like Schultz than from a woman like her co-host: "No. Slut is slut" (unlike "rape" and "rape-rape").

I'm reminded of a "Sassy Gay Friend" skit in which he consults Juliet pre-suicide, discovers that she isn't a virgin and enthuses: "You stupid slut. Good for you!" On top of being a punch line, it can be used as a sign of affection. In a New York Times trend piece several years ago that tried to trace the changing meaning of the word, Atoosa Rubenstein, then the editor in chief of Seventeen magazine, tried to speak for the teenage demographic: "Today, 'slut,' even 'ho' -- girls use it in a fun way, a positive way."

For some women, it's an aphrodisiac. A woman who goes by the screen name "Voracious" contacted me to say: "I own it, completely. And can come really hard when my husband says it to me during a rowdy fuck." Autumn emailed to share a story about first hearing the word at a young age: "I loved that there was this word out there for someone who was simultaneously doing something right (being sexy) and doing something wrong (um ... being sexy)." She was inspired to lock herself in her bedroom, put on a revealing getup and paint her lips with purple lipstick -- which she then put to the mirror, scrawling the word "slut" in all caps. "I took a Polaroid of myself in the mirror with the word 'slut,' and it was literally the most thrilling thing I'd ever done at that point in my life," she said. "I destroyed the Polaroid immediately."

Even women who use the word as a joke or a term of endearment had stories about it stinging. Sasha started her email to me by sharing how her group of female friends often toss the word around as an empty insult but she added, "At the same time, I've been called a slut by someone who said it with the intention of hurting me and, while I wish I could say I laughed it off easily, I didn't and couldn't." That's the thing about reclaiming such a potent slur: Sometimes you feel completely in control of it; other times it controls you -- and women are far from the only marginalized group with experience in this realm.

What is most fascinating about the responses I received is that several women who shared stories of times they were called a "slut" in their younger years explained that they had simply shrugged it off because they knew they weren't really a slut. Take Sasha, who wrote:

When it comes to sex, my list of partners is almost as short as you can get (2) and I've never had sex with anyone outside of a serious, monogamous relationship. ... Armed with those facts, there's no way for that term to accurately apply to me and I know that, but for whatever reason ... it hurt me and bothered me. I remember crying and feeling full of shame despite the fact that the instance I remember happened when I was in high school and had never had a boyfriend or even come close to it, let alone had sex. I wore mostly ill-fitting baggy clothes (I was not a "girly girl").

Of course by defending yourself as not being a slut -- based on your tally, your attire -- it only reinforces that some women do qualify as sluts. Lindsay Beyerstein writes in Big Think, "If there's some criterion that will set you free, that standard will indict someone else -- someone with a higher 'number,' or shorter skirt, or a later curfew." In order to protect yourself from the insult, you have to essentially point the finger elsewhere. As Leora Tanenbaum wrote in "Slut! Growing Up Female With a Bad Reputation," "If you feel insecure or ashamed about your own sexual desires, all you have to do is call a girl a 'slut' and suddenly you're the one who is 'good' and on top of the social pecking order." In this way, women end up policing each other's sexual behavior and walking the fine cultural line of being sexy, but not too sexy.

The trouble is that everyone has a different idea of where that line is. It's all very subjective, because how many partners is too many? How much cleavage is too much? When does flirting cross the line? As feminist activist Jaclyn Friedman explained in her SlutWalk Boston speech, "That's how the word 'slut' usually works. If you ask 10 people, you get 10 different definitions" -- and, of course, therein lies its power.