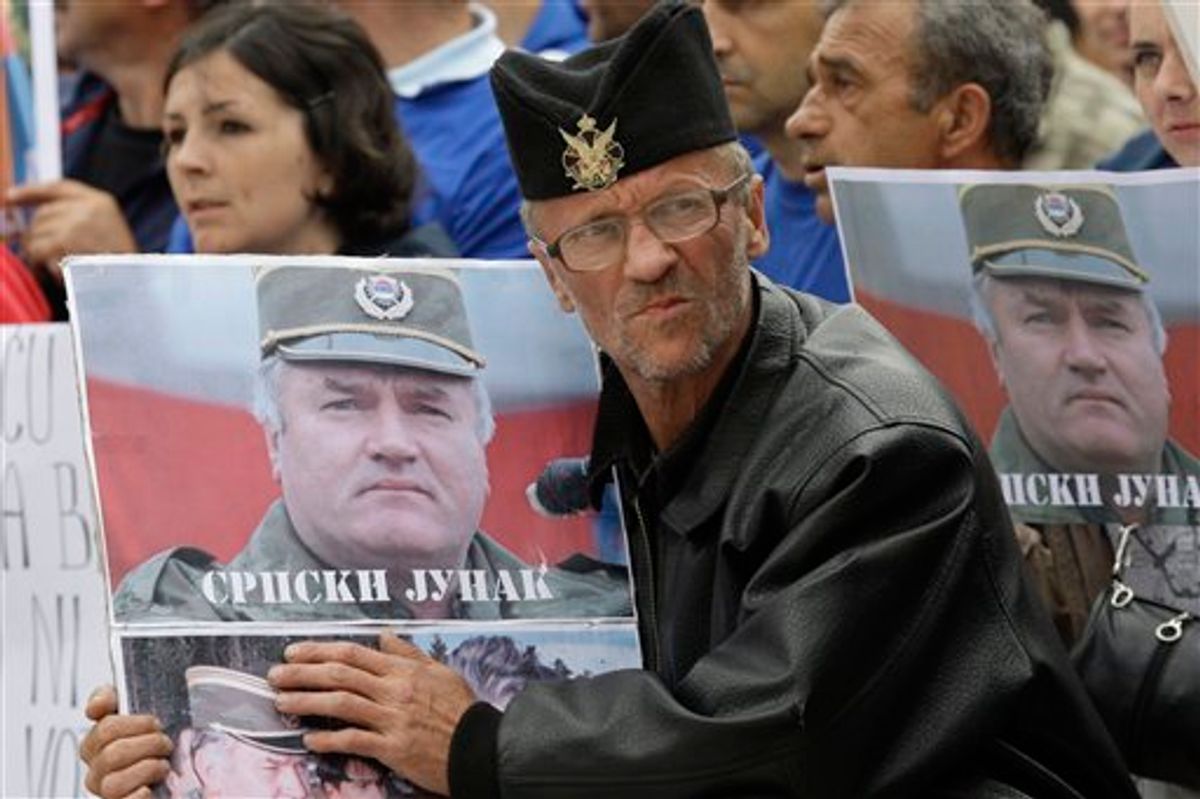 A Bosnian Serb man holds a photo of former Gen. Ratko Mladic during a protest in Kalinovik, Bosnia, hometown of the Bosnian Serb wartime military leader, 70 kms southeast of Sarajevo, Sunday, May 29, 2011. Approximately 3,000 Bosnian Serbs, gathered to show support and anger after the arrest of Mladic. Protestors carried banners and flags and sang songs in his support, he was arrested after 16 years in hiding from the International War Crimes Tribunal in the Hague. Mladic is to face trial on 15 accounts of war crimes including genocide in Srebrenica in 1995. (AP Photo/Amel Emric) (AP)
--

The lawyer for war crimes suspect Ratko Mladic says he has formally filed an appeal against the former general's detention -- a move that will likely delay his extradition for at least a day.

Attorney Milos Saljic asked for a battery of doctors to examine the 69-year old. Mladic was arrested last week after 16 years on the run, and is said to have suffered at least two strokes.

Saljic says he has mailed his appeal from an unspecified post office in Belgrade on Monday. Court officials will now need to wait for it and review it before moving forward with the case.

Bruno Vekaric, Serbia's deputy war crimes prosecutor, says Mladic is employing delaying tactics and that nothing should prevent his extradition to the international war crimes court in The Hague, Netherlands.