How compromising is Osama's "paper trail"?

As the U.S. continues to analyze intelligence from Abbottabad, older documents remind us: We may be in for details 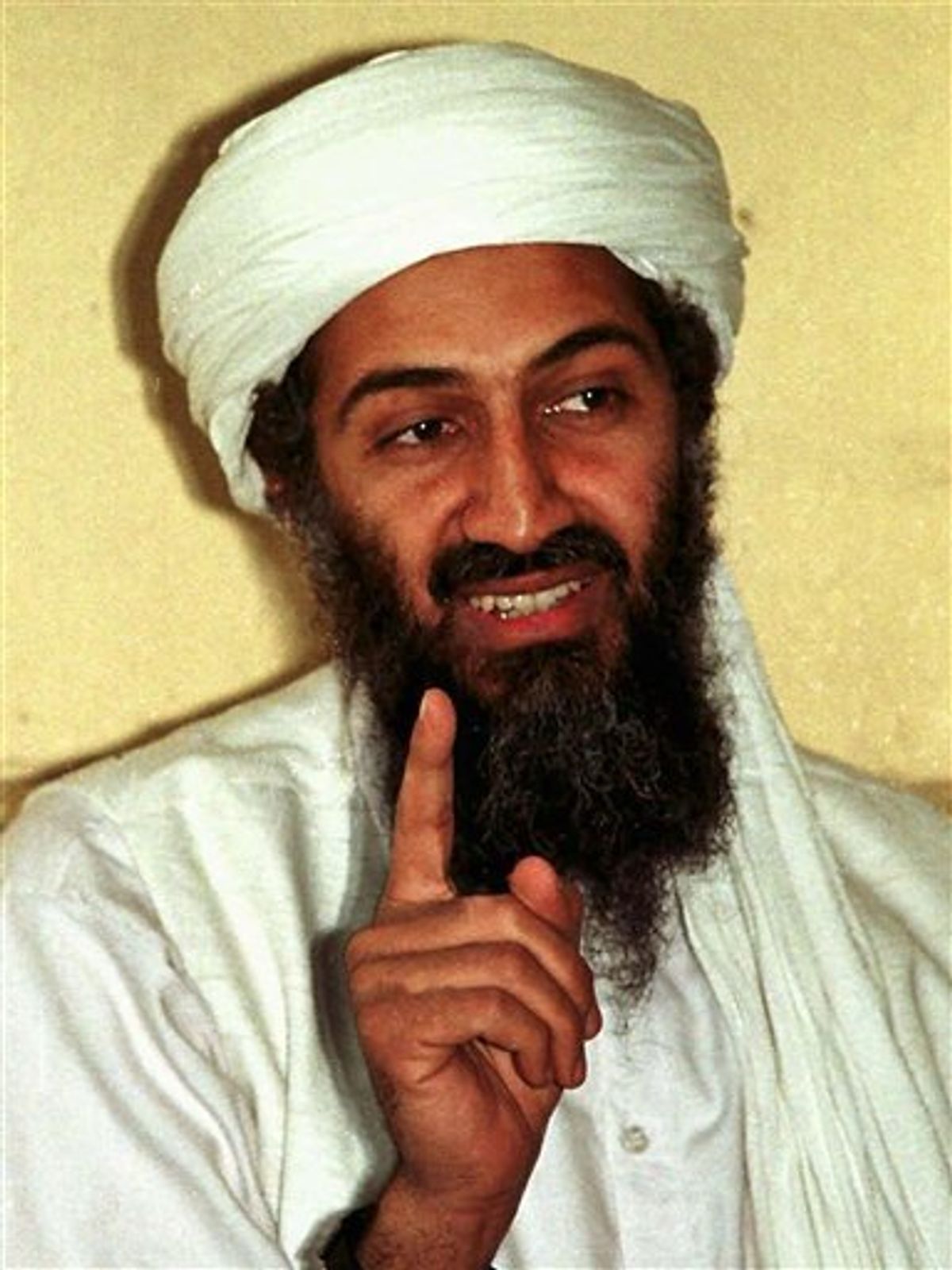 FILE- In this April 1998 file photo, exiled Saudi dissident Osama bin Laden is seen in this April 1998 picture in Afghanistan. Osama bin Laden's Yemeni wife once dismissed the terror leader's offer to return to the safety of her home, saying she wanted to stay and be "martyred" alongside her husband, her family says. In interviews with The Associated Press, Amal al-Sada's relatives paint a portrait of an ambitious, resolute and conservative young woman told friends and family she hoped to "go down in history" after her marriage to the world's most wanted man. (AP Photo, File) (AP)
--

But the most important information recovered from the hideout was allegedly the oft-cited "mother lode" of intelligence swiped by Navy SEALs on the night of the raid itself: paper and digital documents -- even a hand-written diary. As this information has been slowly analyzed, details of potential targets and new attack methods have slowly trickled into the news.

But this morning, NPR reminds us of a different sort of intelligence -- much more clerical -- that bin Laden once left behind. "One of the first big troves of intelligence on the group was discovered in the fall of 2001, shortly after the U.S. invasion of Afghanistan," the network explains. At the time, "[g]round troops found literally hundreds of thousands of pages of records in al-Qaida safe houses."

The very existence of such information is clearly symptomatic of a greater phenomenon: bin Laden's "obsessive" impulse to document details. Given the nature of this older information, we have good reason to believe that the information recently pulled from Abbottabad will be highly compromising to al-Qaida -- on a variety of levels. NPR notes some surprisingly clerical details from the 2001 stash:

From its earliest days, al-Qaida leaders insisted on receipts. If fighters were buying a car for an operation, or even disc drives and floppy disks for their computers, they were required to return to base with a precise accounting of everything they had spent.

[A]l-Qaida had excellent HR benefits. The seized documents showed that al-Qaida paid an unusual amount of attention to its fighters and their families. Married members were allowed to have seven days of vacation for every three weeks worked. Bachelors got five days off a month.

Married members also got a salary of $108 a month. The pay was smaller for single men and larger if the fighters had more than one wife.

Such exhaustive documentation may have increased al-Qaida's efficiency while bin Laden was alive, but it had obvious risks. Now that a new "trove" has been discovered, it seems likely that information from bin Laden's meticulous records will help us both dislodge al-Qaida's day-to-day operations and counter its larger-scale plans.