It's a good thing the politics of medicine are changing. Better healthcare demands a more collective approach 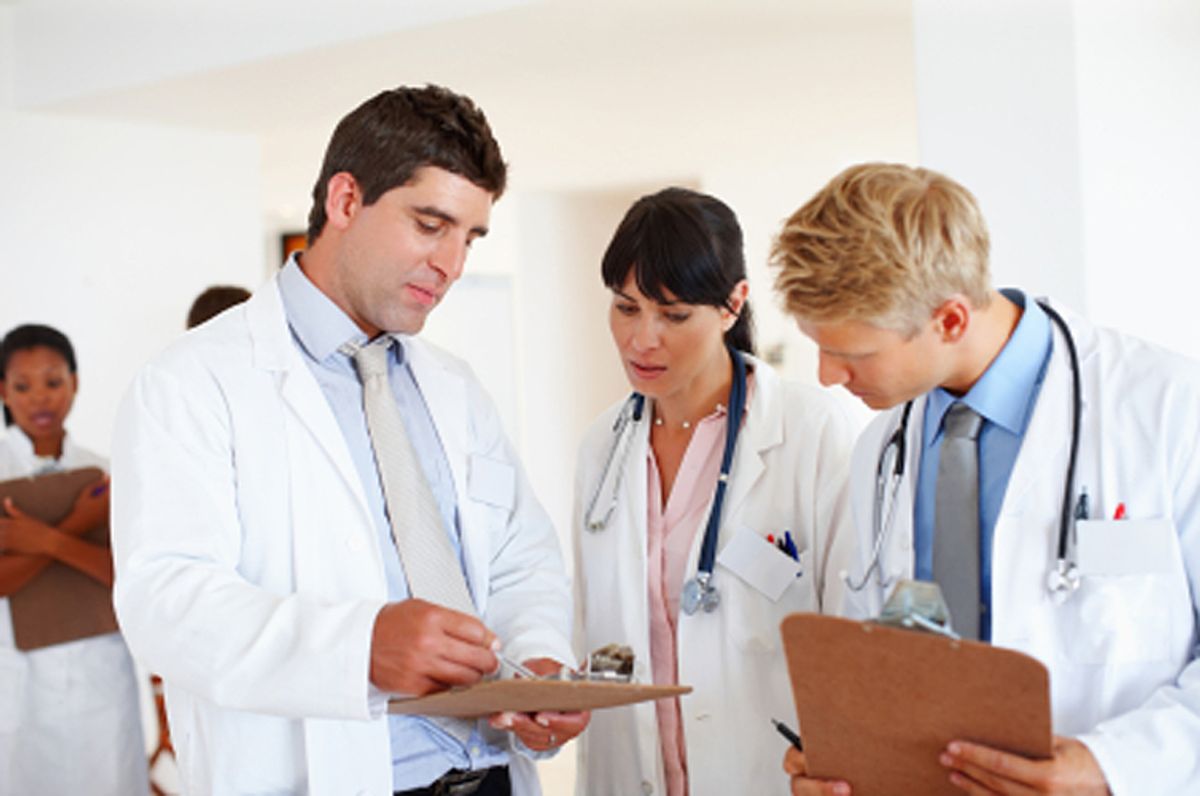 Doctors were once overwhelmingly male and usually owned their own practices. They generally favored lower taxes and regularly fought lawyers to restrict patient lawsuits. Ronald Reagan came to national political prominence in part by railing against "socialized medicine" on doctors' behalf.

But doctors are changing. They are abandoning their own practices and taking salaried jobs in hospitals, particularly in the North, but increasingly in the South as well. Half of all younger doctors are women, and that share is likely to grow.

There are no national surveys that track doctors' political leanings, but as more doctors move from business owner to shift worker, their historic alliance with the Republican Party is weakening from Maine as well as South Dakota, Arizona and Oregon, according to doctors' advocates in those and other states.

The entire piece offers a fascinating look at a sea change in medicine, and the implications for the politics of healthcare reform are obvious: briefly put, doctors are now more likely to support reform along the lines of the Affordable Care Act than oppose it. But there's a deeper story that only becomes apparent when you combine Harris' story with the insights shared by the marvelous Atul Gawande in his May 26 commencement address to Harvard's medical school graduating class, "Cowboys and Pit Crews."

Doctors who own their own practices -- the "cowboys" -- are no longer effective delivers of state-of-the-art medical care.

We are at a cusp point in medical generations. The doctors of former generations lament what medicine has become. If they could start over, the surveys tell us, they wouldn't choose the profession today. They recall a simpler past without insurance-company hassles, government regulations, malpractice litigation, not to mention nurses and doctors bearing tattoos and talking of wanting "balance" in their lives. These are not the cause of their unease, however. They are symptoms of a deeper condition -- which is the reality that medicine's complexity has exceeded our individual capabilities as doctors.

...But you can't hold all the information in your head any longer, and you can't master all the skills. No one person can work up a patient's back pain, run the immunoassay, do the physical therapy, protocol the MRI, and direct the treatment of the unexpected cancer found growing in the spine.

For years, Gawande has been the most articulate and convincing proponent of the argument that one of the most promising avenues for reducing the rise in healthcare costs is through the pursuit of team-based approaches to care. Not only is medicine now too complex for any single doctor to master, but hospitals also end up delivering better results -- healthier patients -- for less cost when they put into place effective team-based care. We need pit crews working together, says Gawande, instead of cowboys roaming the range on their lonesome.

And guess what -- that's precisely the demographic shift that is already occurring.

The New York Times article closes with a grumpy quote from a conservative doctor: "People who are conservative by nature are not going to go into the profession," he said, "because medicine is not about running your own shop anymore."

Viewed purely in terms of politics, you can choose to be elated or dismayed by this shift. But if what you truly prize is fixing healthcare so it works, you should be delighted. "Running your own shop" just isn't an effective organizational strategy for dealing with the complexity of modern medicine. We need a more collective approach.