After being censored by Barnes and Noble, androgynous Andrej Pejic inspires a cruel, transphobic item from FHM 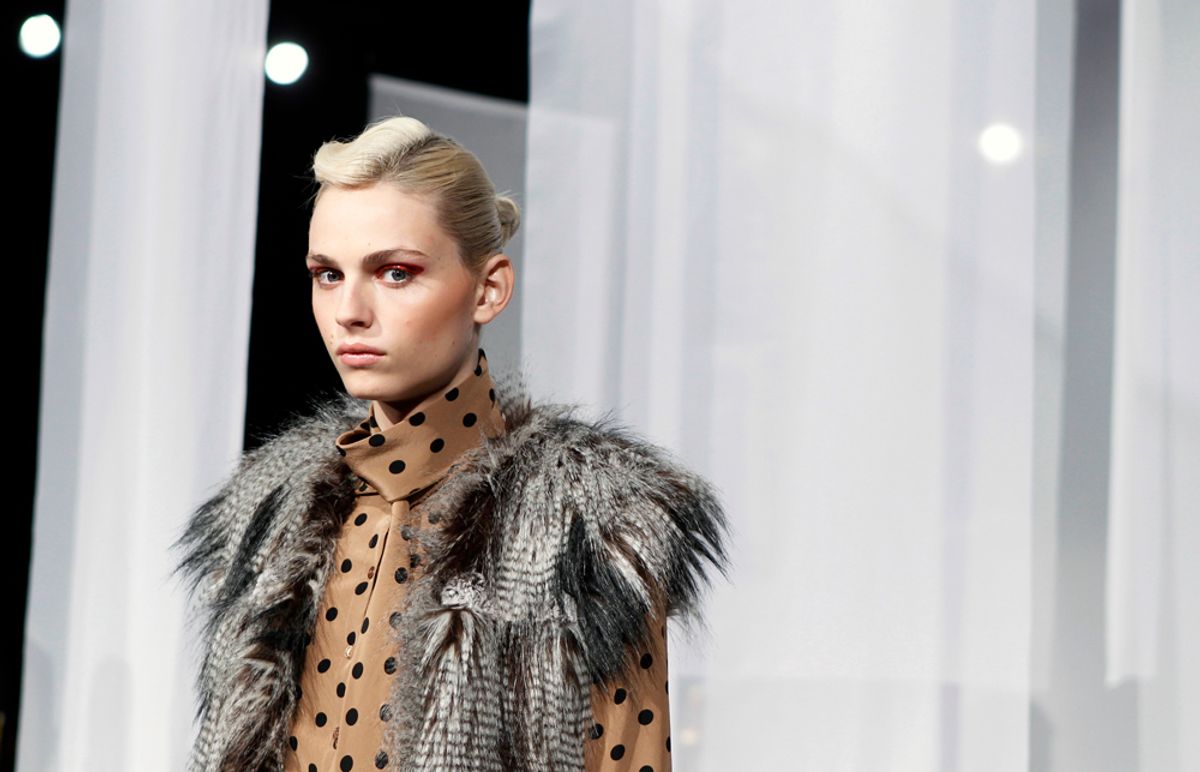 Andrej Pejic is a willowy blond Eastern European model who has appeared on Jean Paul Gaultier's catwalks, starred in Marc Jacobs campaigns, and graced international editions of Vogue. And this month, Pejic truly arrived -- first with a topless magazine cover scandal and then by sharing FHM's 100 Sexiest Women in the World list with the likes of Mila Kunis, Brooklyn Decker and Megan Fox.  Pejic, by the way, is a man. Isn't it hilarious?

Pejic's androgynous allure has made him a sensation in the world of haute couture, lending credence, one might ruefully speculate, to that widespread, nagging suspicion that designers really are just making clothes for skinny boys. But the fact that he's a boy who looks like a hot blonde has a disquieting effect on some.

When he appeared in makeup and curlers -- and no shirt -- on Dossier magazine's cover, Barnes & Noble moved quickly to wrap him up in an opaque cover, because, as B&N explained, "the model is young and it could be deemed as a naked female." Forget for a moment the ongoing cultural insanity of deeming female nipples somehow unsuitable for newsstands, while, as Jezebel points out, the racks are lousy with male chestiness. Pejic's image was ordered covered up because it might be "deemed" female. And apparently the risk of confusing someone is not one worth taking.

FHM, meanwhile,  has no such muddle -- just straight-up winking disgust. In putting Pejic on its annual "sexiest" list, the magazine hardy har harred that "designers are hailing him as the next big thing. We think 'thing' is quite accurate." And repeating Pejic's quip about becoming a Victoria's Secret model, FHM threw up in its mouth a little, lamenting, "Pass the sick bucket… he might have a hard time keeping it a secret then." FHM has since taken down the faint praise, though Pejic remains on its list of favorite girls.

The "dude looks like a lady" trope remains persistent, fear-based comic fodder -- see also "The Hangover Part II."  What if you were into a girl and then she had a penis? That would make you so gay!

There are always those who'd prefer gender to run in neat lines, as clearly delineated as the icons on a public bathroom door. But for many, it's more fluid. It doesn't mean that a pretty boy necessarily longs to be a girl, nor does it sabotage the heterosexuality of anybody else. And Pejic's lingerie model joke was an obvious bit of sarcasm directed at a reporter who asked – with a straight face -- if he'd "consider a complete sex change." "If I was offered a Victoria's Secret contract ... you'd kind of have to, wouldn't you?" he'd joked. And then he added, significantly, "I'm comfortable with the way I am." It doesn't matter if you're wearing a dress or trousers. Pejic -- unlike the clowns at B&N and FHM -- knows what counts most in life is how secure you are in your own skin.