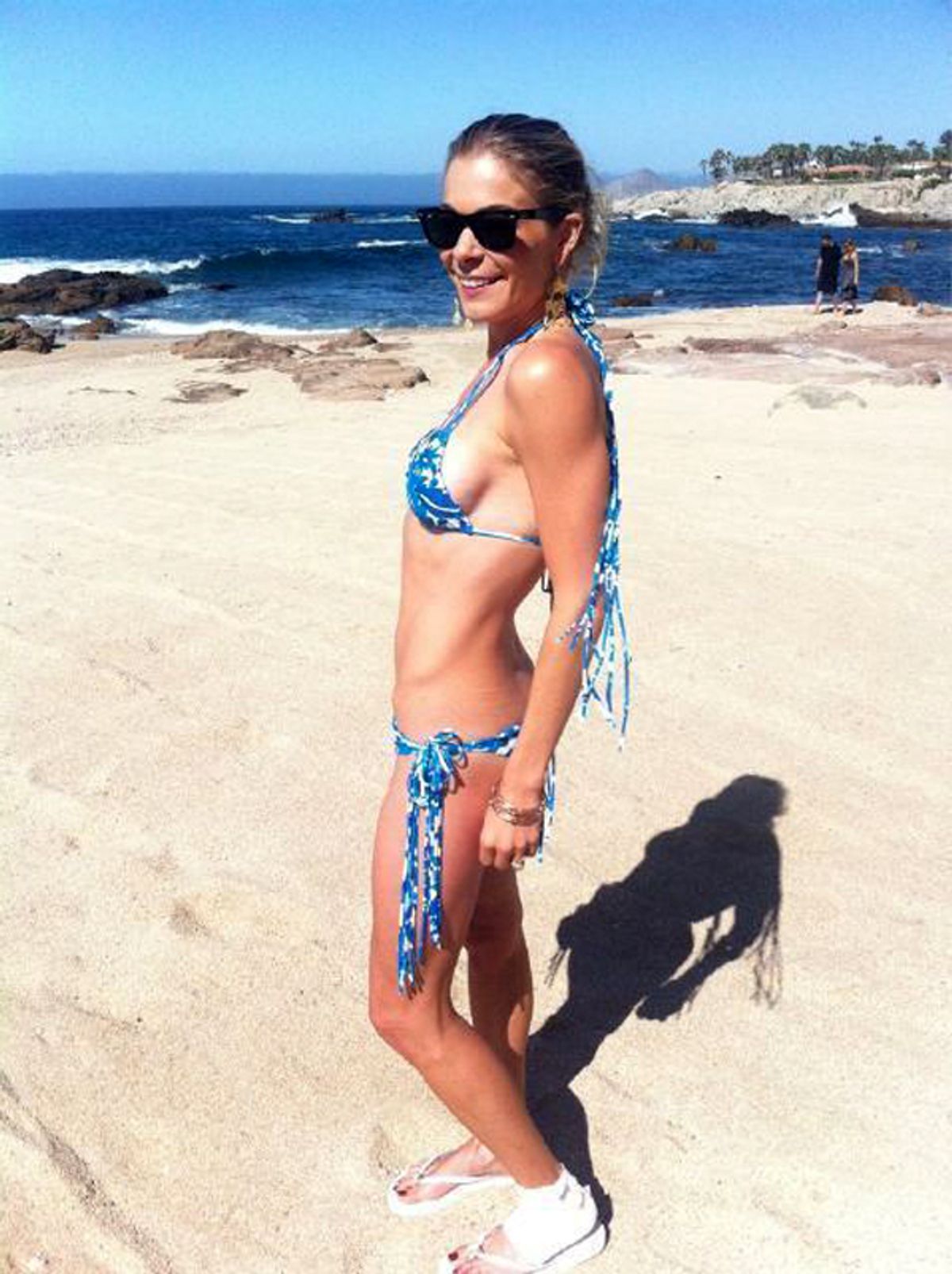 A woman who met her new husband when they were both married to other people gets pretty used to fending off all manner of criticism for her personal life and choices. But in recent months, the sniping at LeAnn Rimes Cibrian has given way to very public concerns about her weight, and proven that while tweeting a photo of yourself in a bikini is a surefire way to get attention, it's not necessarily a ticket to unconditional huzzahs.

The new Mrs. Cibrian found herself tabloid fodder earlier this year when photos of her looking, as Us magazine described it, "shockingly gaunt"  -- a charge she took to Twitter to dispute, saying, "Dear lord! I do not workout too much nor do I starve myself. I'm so over this and moving on." But Cibrian -- a relentlessly prolific tweeter – drummed it all up again over the weekend, when she posted "Thx to @MIKOH_SWIMWEAR for another great bikini! Loving wearing them!!" along with photos of herself in a tiny blue and white two-piece.

And right on cue, the comments began, notably from tweeter Amy Paterson, who remarked, "Whoa, you're scary skinny! Sorry don't mean to offend but that's a lot of bones showing through skin." Cibrian promptly tweet-retorted, "those are called abs not bones love…. this is my body and I can promise you I'm a healthy girl. I'm just lean."

I'm not going to comment on Cibrian's body, or whether those are ribs or abs in those photos. But what's interesting about the kerfuffle is the variety of reactions, which surely shouldn't have come as any surprise to Cibrian. In tweeting two full-on body shots and rhapsodizing about her "great bikini" (a move that, much like her shout-outs to Cabo's Esperanza resort, suggests there may have been some brand endorsement going on during her honeymoon) she certainly knew she was going to make people look. And what people saw ranged from an image of a woman who is "super fit and  ... stunning" to "like the walking dead," from "absolutely beautiful" to "totally irresponsible" -- ideas that are now out there for all the world to discuss and dissect. Viewing isn't passive. Opinions about a woman's body, like images of it, become public property in the click of a "send" button. And when LeAnn Rimes Cibrian posted pictures of herself in a bikini, she also found herself not just in the role of sexy pinup but as just another commenter on the Internet, debating about the health of the girl in the photo.