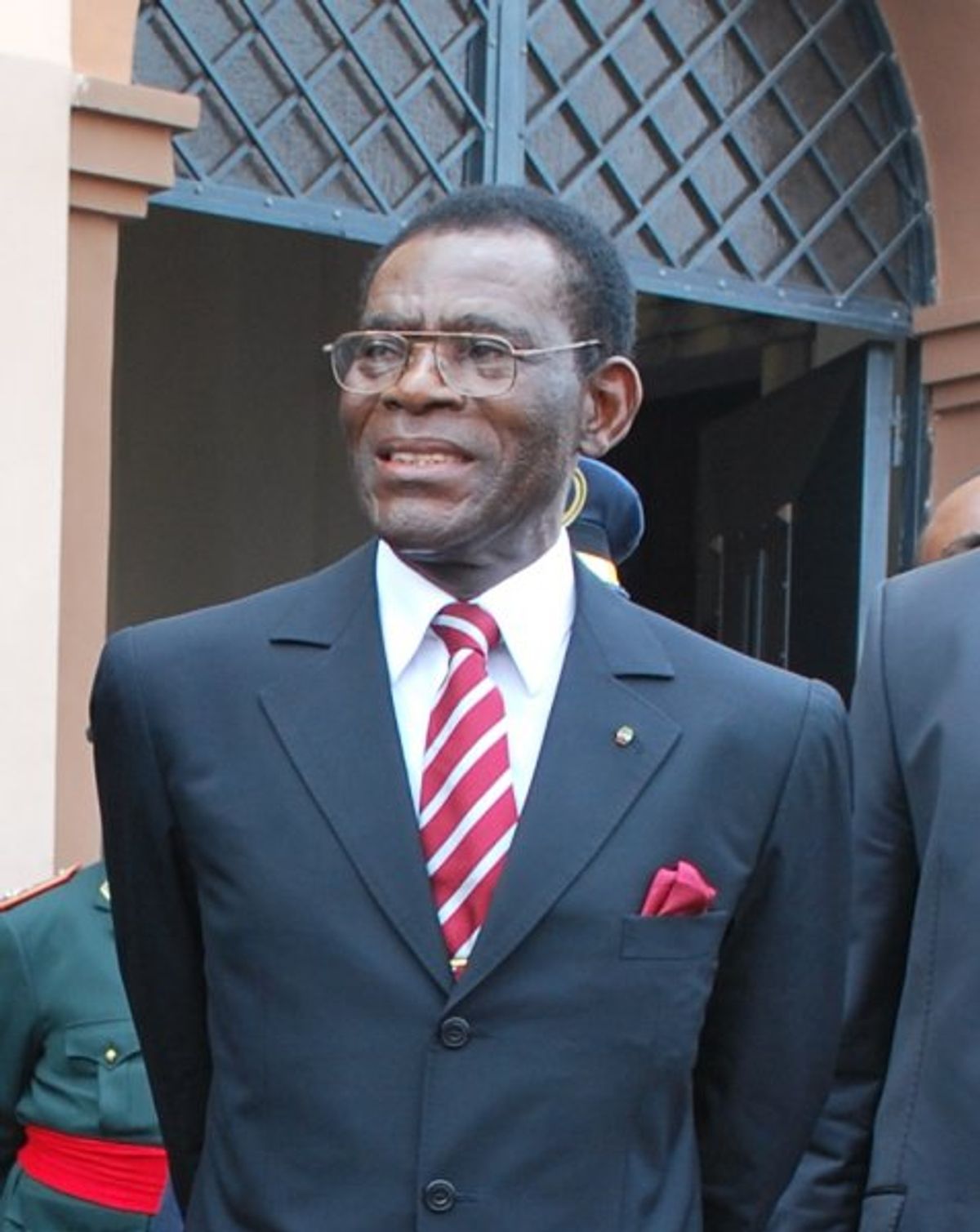 The New York Times has an important piece checking in on the business dealings of retired general Bantz Craddock, a former senior aide to Donald Rumsfeld and former supreme allied commander in Europe. Craddock's military contracting company, Military Professional Resources Inc., has been working a lucrative job that appears to involve propping up one of the worst dictators in Africa -- President Teodoro Obiang Nguema Mbasogo of Equatorial Guinea:

The contractor, Military Professional Resources Inc., or M.P.R.I., led by a top aide to former Defense Secretary Donald H. Rumsfeld, works on maritime security and human rights training for Mr. Obiang’s police forces. But even with the training, the United Nations, human rights groups and local dissidents say torture by the nation’s authorities remains systematic. And maritime security touches on the most sensitive aspects of personal defense for Mr. Obiang, especially in an island capital where coup attempts have come from the sea.

That human rights training has apparently been less than effective:

Mr. Nowak discovered these practices in November 2008, at least a year after M.P.R.I. had begun its human rights training here, according to the government’s chronology.

Earlier this year I explored in depth the role of another former U.S. government official -- ex-Clinton aide Lanny Davis -- in helping Obiang. Declaring himself Obiang's "reform counsel," Davis signed a $1 million-per-year contract with the dictator's government in April 2010. When I checked in with human rights advocates in January, they said nothing had changed.

And despite a specific promise by Davis that political prisoners would be freed, that did not happen. (That pledge came at a high-profile June 2010 news conference featuring Obiang and Davis that was intended to burnish the dictator's international image.)

This past March, Davis filed a form with the government saying his work with Equatorial Guinea had come to an end.