Of course, it's to personal friend and Fox News cohort Greta Van Susteren 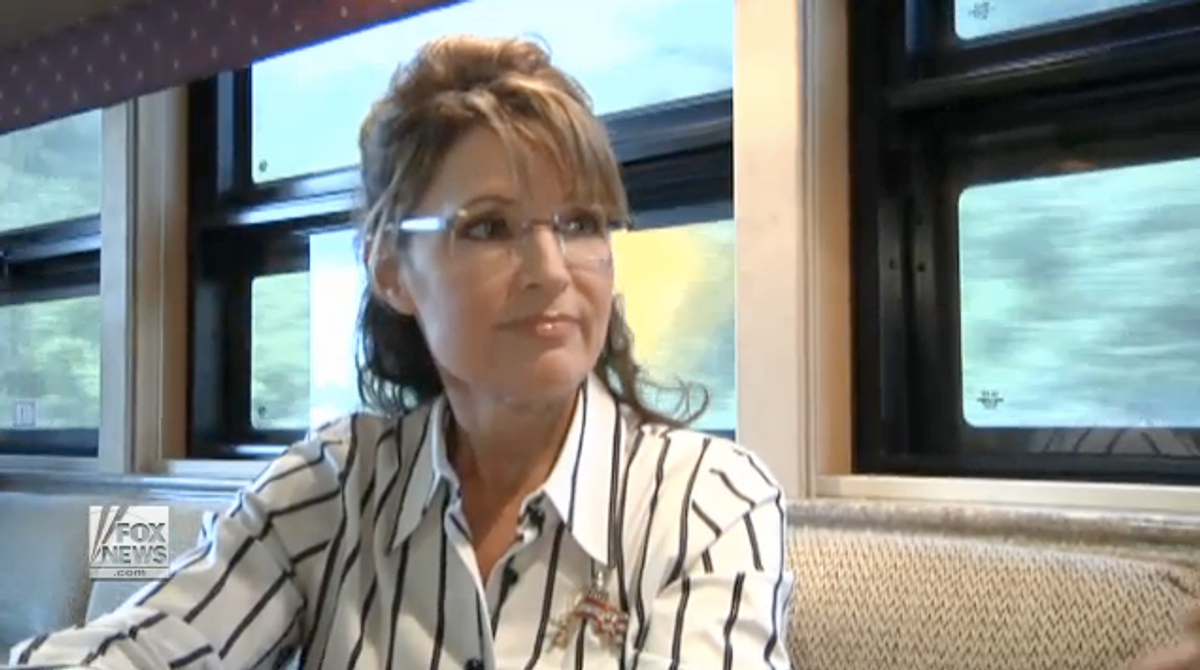 Sarah Palin's much-discussed "One Nation" bus tour kicked off this holiday weekend, with stops at Mount Vernon, the National Archives, and (briefly) on the back of a motorcycle. The former Alaska governor has not, however, been stopping to chat with the media -- to many a reporter's chagrin -- with one notable exception: personal friend and fellow Fox Newser Greta Van Susteren.

Fox has released a brief excerpt from the interview, set to air tonight on Van Susteren's program. And, in it, Palin does what Palin does best -- take shots at the mainstream media and wax poetic about the Constitution.

I've said from the beginning, this isn't a campaign tour -- except to campaign on our constitution, our charters of liberty.