Panned by critics, "Hangover II" draws the best box office numbers for a comedy. Ever. Why not to be surprised 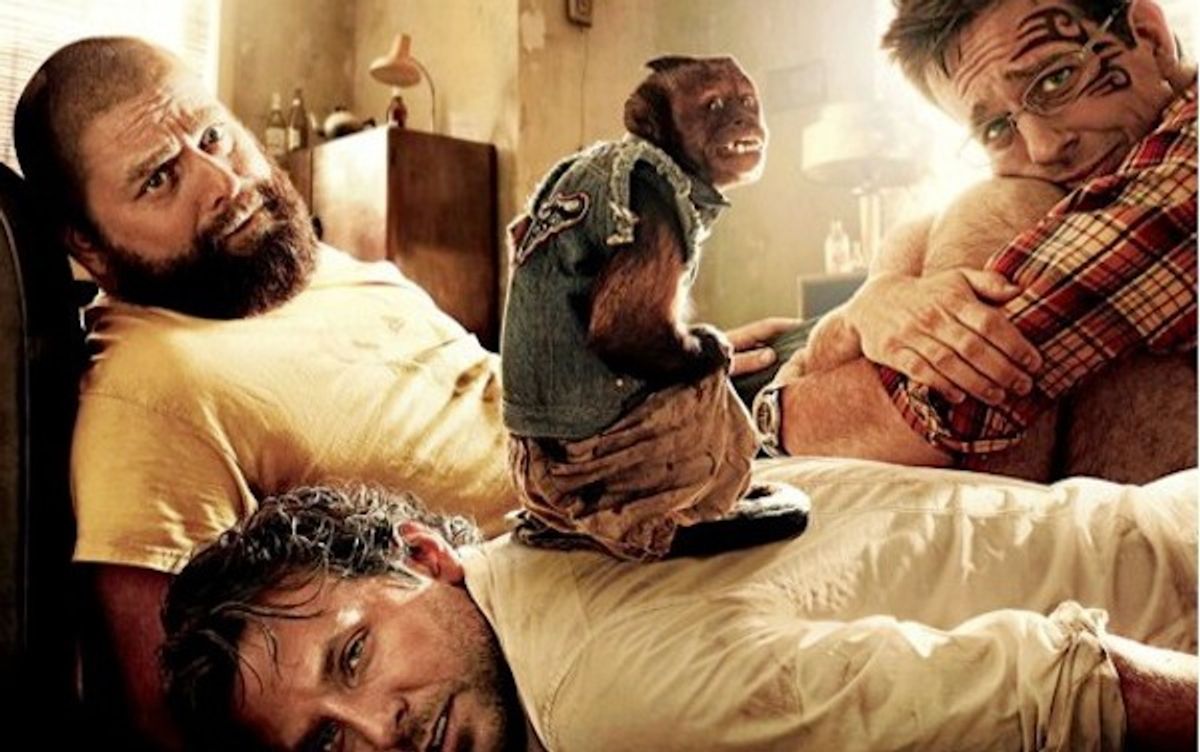 Todd Phillips must be laughing all the way to the bank right now. Despite the nearly universal panning of "The Hangover Part II" (the film received a RottenTomatoes.com score of 35 percent), the sequel to the 2009 sleeper hit grossed more than $117 million at the box office this weekend, making it the most lucrative comedy ever made.

Now that's a scary thought for a piece of cinema that our own Andrew O'Hehir called a "dumb, ugly and, most of all, painfully unfunny movie" with a lot more " homophobia and xenophobia" than its original. How did a movie that almost every critic agreed was awful become the biggest moneymaker in comedic history?

Timing has a lot to do with it: "The Hangover Part II" opened Memorial Day Weekend, the beginning of the summer blockbuster season and a holiday that makes the studios giddy with the thought of audience members filling theaters in lieu of going to the beach. After all, in 2009 "Night at the Museum: Battle of the Smithsonian" opened on Memorial Day weekend, and made $70 million on those three days alone, eventually grossing more than $177 million, making a pretty little notch in Ben Stiller's money belt. Same goes for last Memorial Day's big hit, "Sex and the City 2," which was considered a slight disappointment when the sequel brought in only $95 million. No matter that it was a piece of hot garbage, also full of xenophobia.

When it comes to summer blockbusters, more important than actual content is audience familiarity. Summer theatergoers don't care what the New York Times (or SlashFilm, or us) has to say about the latest Jerry Bruckheimer or Michael Bay film: These tent-pole sequels are summer staples specifically because so much money has been poured into them to generate mass audience appeal. Sequels don't rely on reviews, they rely on fans. "Transformers: Revenge of the Fallen" made over $400 million total when it came out in June of 2009, falling behind only "Avatar" in the yearly final gross, despite having a plot that "rages on for a hundred and fifty minutes and then just stops, pausing for the next sequel," according to David Denby at the New Yorker.

"Spider-Man 3" may not have been the worst movie in the world, but between that, the second "Pirates of the Caribbean" film, "Shrek 3," and "Harry Potter and the Order of the Phoenix," you have four out of five of 2007's top-grossing films. The fifth one? "Transformers," the original, which came out in July. (The rest of the sequels came out in May, which isn't exactly a summer film, but is getting there.)

Recently, New York magazine published a piece called "The New Summer Blockbuster Economy: Reboots, Prequels, and the End of the Superstar Cash Grab," which -- forgetting about the sequel cash cow -- says 2011 sets a "new record for summer franchise domination." In the article, several things were made clear about summer blockbuster trends. One is that brands are king ("I wouldn't even pitch an original idea anymore," said "Usual Suspects" scribe Christopher McQuarrie). Second is that these big-budget films are getting even bigger budgets, so studios looking at it from a pure numbers perspective need a surefire hit, not a dark horse. And lastly, sequels and franchise flicks (as a rule) can make a lot more cash than their source material, even if they're only a pale imitation. So why would studios gamble on a new film when they know they can use those millions from a franchise to make even more millions by continuing the franchise?

So while there may be some sleeper hits this summer, or a Cannes film that somehow sneaks by and makes some cash, we can expect more of the "Hangover Part II" effect, with nine other sequels rolling out between now and July. Hollywood will continue to take our money so long as we keep paying $13 to sit in a cool theater and watch another "Fast Five."