"Weinergate": Who jumped the gun?

The unsubstantiated rumors and sensational allegations that dominated a holiday weekend 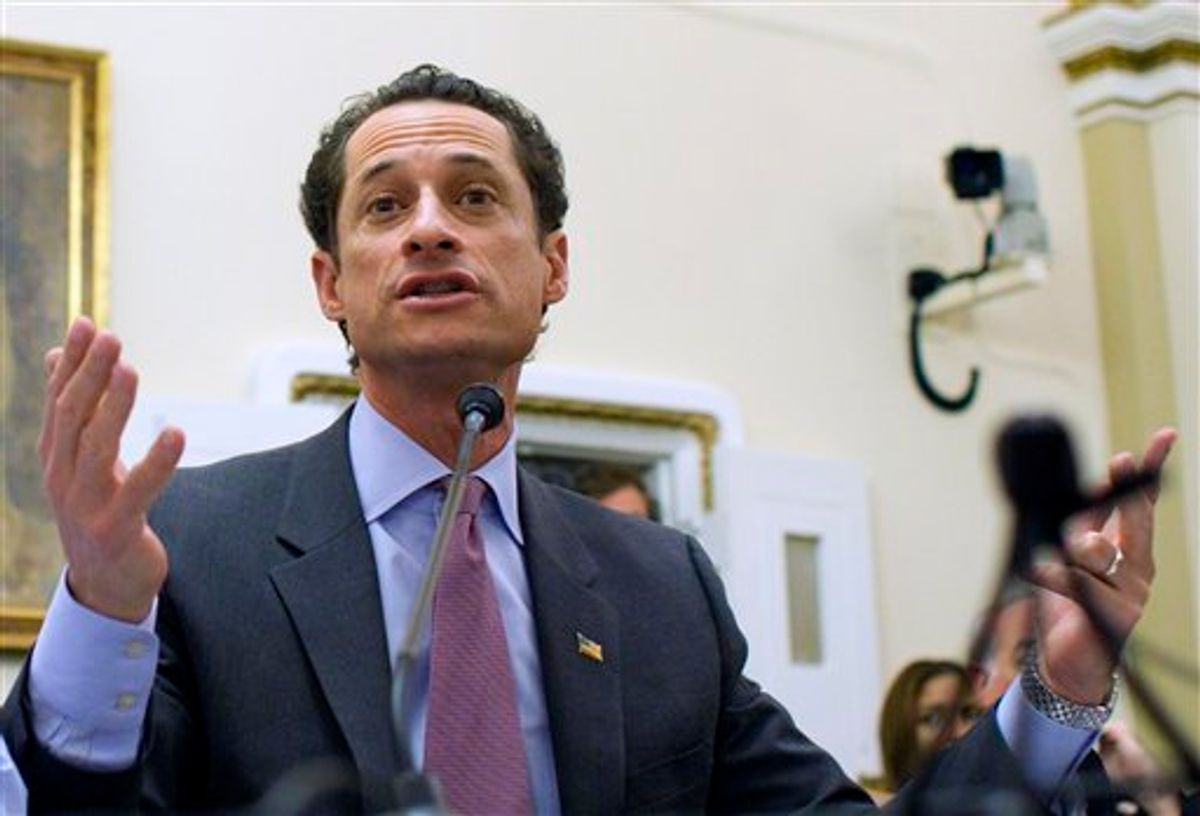 FILE - In this Jan. 6, 2011 file photo, Rep. Anthony Weiner, D-N.Y., testifies before the House Rules Committee on Capitol Hill in Washington. A spokesman for Weiner on Sunday, May 29, 2011 said that a lewd photograph sent from the Democrat's Twitter account is just "a distraction" perpetrated by a hacker.(AP Photo/Harry Hamburg, File) (AP)
--

While most people were busy enjoying the long holiday weekend, a mini-controversy erupted online over an obscene photograph sent to a Washington-based female student from Rep. Anthony Weiner's Twitter account.

It was late Friday night when a Twitter user named "Patriotusa76" retweeted a message from Weiner's official account that seemed to link to a picture of a man's underwear with an erection. The tweet from Weiner's account was directed to the student. Andrew Breitbart's Big Government site quickly jumped in, with Breitbart himself taking to Twitter to demand that Weiner either confirm or deny that he'd sent the photo himself. "We have much more," Breitbart wrote.

Weiner, who has since retained a lawyer, says his account was hacked. He tweeted on Saturday that his Facebook page had been hacked too. The student to whom the image was supposedly sent issued a detailed statement to the New York Daily News, denying that she's ever met or had any involvement with Weiner. "There have never been any inappropriate exchanges between Anthony Weiner and myself," she wrote, "including the tweet/picture in question, which had apparently been deleted before it reached me."

As suspicious and murky as all of this seems, more than a few online voices were happy to jump in with some rather sweeping pronouncements: