Are you afraid of your cell phone now?

After the World Health Organization warning, we asked 11 experts we admire from the science world for advice 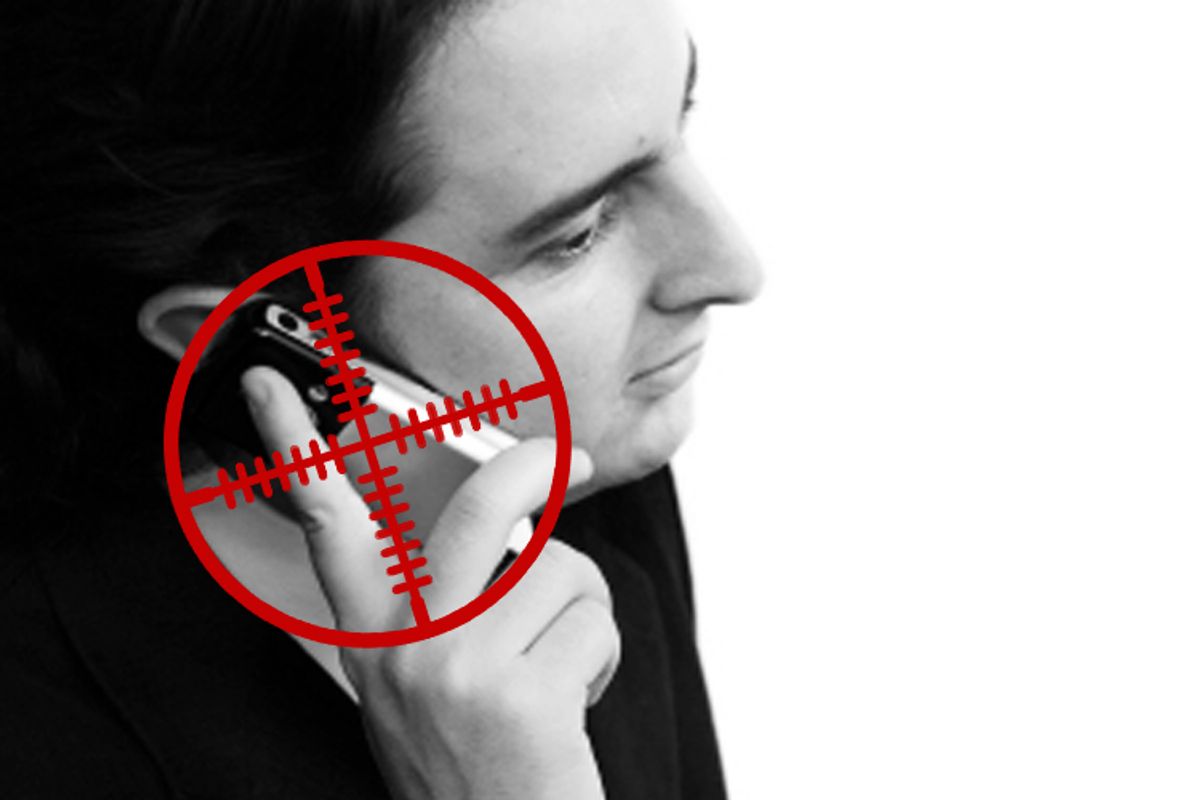 The World Health Organization acknowledged for the first time Tuesday that there is a possible link between cell-phone use and cancer. While WHO was careful to point out that the decision doesn't reflect any ironclad documentation of cancer risks -- and virtually all studies on the topic have been inconclusive -- the news still cast an ominous shadow over a technology virtually everyone uses.

We reached out to 11 respected science writers to find out whether they took any special precautions when handling their mobile devices. Here's what they said:

I must admit that I don't take any precautions with my cell phone, although I've been planning to start using a headset with it for some time now (just as I use a headset with my landline phone while making long interview calls).  It's the hassle factor more than anything that's kept me from doing it -- cell phones are supposed to quick and convenient, right? However, we did buy a headset for our teenage daughter for those rare occasions when she's actually placing a call on her cell phone as opposed to texting.  If any brains are likely to be vulnerable to nonionizing radiation exposure, it's the young, liquid ones...

PZ Myers, Ph. D,  associate professor of biology at the University of Minnesota and author of the science blog, Pharyngula:

No. We're just swimming in electromagnetic fields all the time, so it seems silly to worry about one tiny, low-power transmitter when I live in a house with a microwave oven, a half-dozen computers, a big screen TV, and whatever other hi-tech gadget has tickled my fancy that week. It's true, though, that thanks to the inverse square law, other sources probably have smaller effects on me -- the phone is the transmitter that I hold right next to my head on a regular basis. Could it be the source of  unique problem? Maybe.

But this announcement from WHO is peculiar, and isn't going to persuade me that I need to change my habits. There is no data given in the alert; it's only promised to be on the way in a scientific publication to come out later this month. As near as I can tell, it's based on the Interphone study from last year, which had ambiguous results. That study found no effect at all of moderate cell phone use on the frequency of cancers, but did report an increase in gliomas in patients who self-reported very heavy cell phone use -- like an entirely unrealistic 12 hours a day. It seems likely that this is a result of a cycle of disinformation: wild stories about the induction of cancer with electric fields circulate, patients diagnosed with glioma rack their memories for possible causes, batten on their cell phones as a scapegoat, and in their minds, their use of the evil instrument grows and grows. That same Interphone study, by the way, found that regular users of cell phones actually had reduced frequencies of gliomas, but nobody is rushing to tout phones as a therapy for cancers. It's more indicative of the fact that the study had some flaws in its controls, and that there's always some noisy variation that has to be discounted statistically.

It's possible that the new publication will have new data or reasonable workarounds for the flaws in the Interphone data, and that they have found something weakly correlated with extreme cell phone use that justifies places it in the weakest risk category of the IARC scale, that of possible carcinogenicity. I suspect, though, that it will have nothing at all to do with concerns for the average cell phone user.

Antonio Damasio, Ph. D,  professor of neuroscience at the University of Southern California, and director of the Brain and Creativity Institute. He recently published "Self Comes to Mind: Constructing the Conscious Brain":

No, I do not take any precautions and I think I should.  Too bad.

Other than headset for driving and no texting while driving, no.

It's really a case of wait and see on this. I think it's important that the scientists are transparent by publicizing  their findings. But the studies looking at cell phones and cancer are hard to do methodolically. That makes concrete conclusions (though not precautions) hard to draw. The science is still in it's infancy.

Chris Mooney, host of the Point of Inquiry podcast and the author of "Unscientific America: How Scientific Illiteracy Threatens our Future":

I use the classic white headphones with my iPhone but much more out of convenience than out of fear. This report--calling mobile phone use a "possible" carcinogen--won't change that.

The only health precaution I take with my phone is that I never use it while driving. Car accidents are the only health risk clearly linked to mobile phones.

Steven Weinberg, Ph. D, theoretical physicist at the University of Texas-Austin, and author of "Lake Views: This World and the Universe." He was awarded the Nobel Prize in Physics in 1979:

I don't worry about danger from cell phones, because I don't use mine very much.

I try not to go swimming with them in my pocket, but have to confess that I’ve slipped up a couple of times. If I reflect on the countless health risks I face in my life, getting cancer from a cell phone isn’t even on my list. In fact, I’ll be one of the first to get one implanted when we can. My only real health concern regarding a cell phones is using them for GPS navigation while driving; that’s a bit dodgy.

John Horgan, director of the Stevens Institute of Technologys' Center for Science Writing. A former senior writer at Scientific American, Horgan has also written for the New York Times, Time, Newsweek and more:

My girlfriend has been urging me not to carry my cellphone in my hip pocket, because she adheres to the better-safe-than-sorry principle and is protective of my private parts. But I don't bother taking precautions, both because I haven't seen persuasive evidence of harm and because I'm so old, 57, that I figure I'm going to die soon anyway.

K.C. Cole, a long-time science writer for the Los Angeles Times, is a professor at USC Annenberg's School of Journalism. Cole’s writing has appeared in The New Yorker, The New York Times, Newsweek and Esquire:

Yes, of course I use precautions. I generally refuse to talk to anyone I care about if they call me from a cell phone while driving. We KNOW that inattentional blindness is a real phenomenon, that it causes (not probably) as many deaths as drunken driving. Do I worry about cell phones giving me cancer? Please. Of all the environmental toxins we're exposed to every day that cause cancer (and other illnesses), cell phones don''t even make the list.

(Shall I talk about pedestrians who cross streets talking on cell phones, paying no attention? How about bike riders? Skate boarders? Now THOSE kinds of cell phone dangers truly scare me.)

Humans are so terrible at risk assessment, I wonder how we've made it this far.

Richard J. McNally, Ph.D., is the author of "What Is Mental Illness?" and a professor and director of clinical training in Harvard's Department of Psychology.

I own a cell phone, but I seldom have the need to use it.  Hence, I do not take any special precautions.