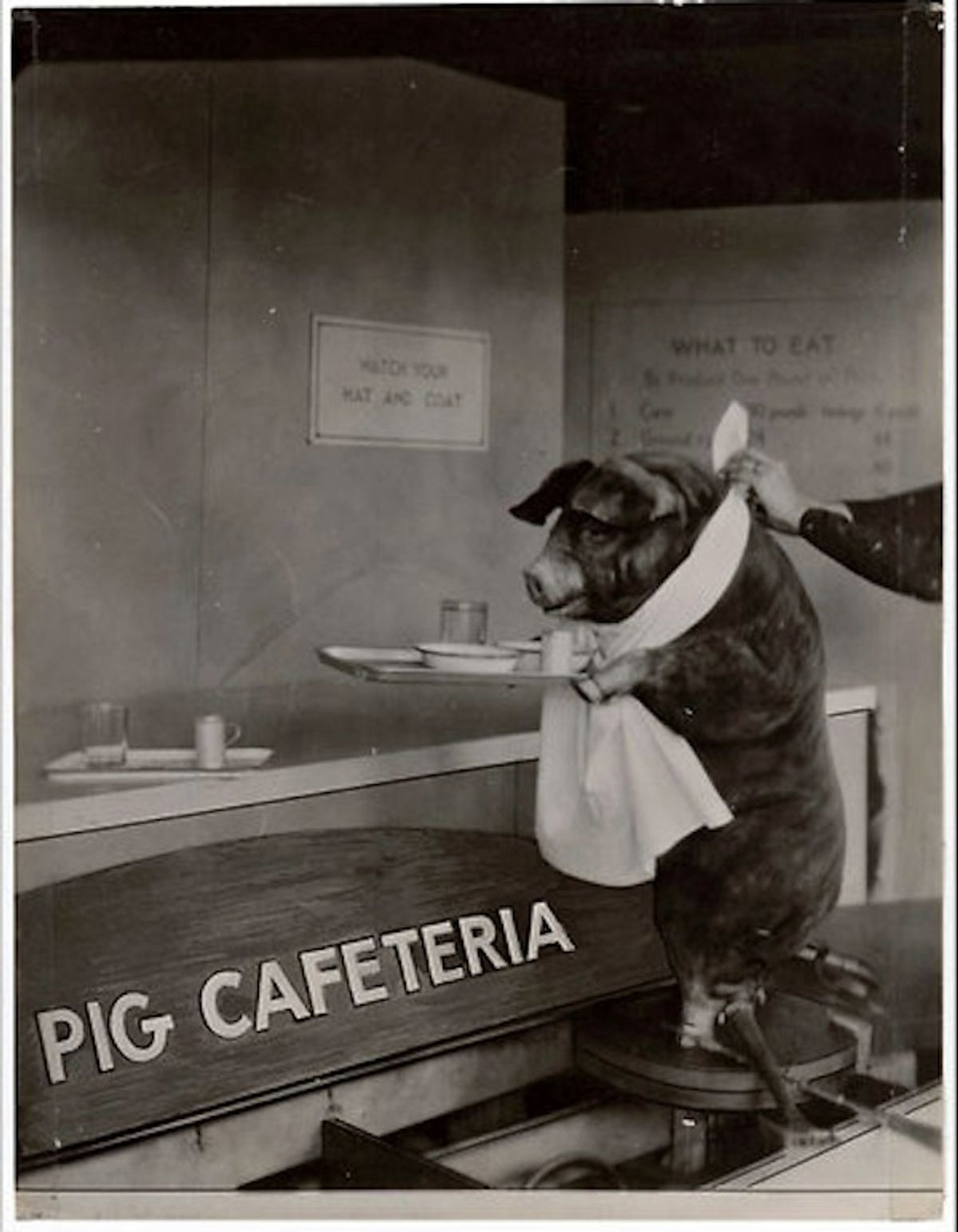 There's nothing more appetizing than giving human characteristics to the food you're about to eat. That's why we always see pictures of pigs with bibs on at rib houses; because for some horrible reason we feel better about eating Porky if we convince ourselves he's a cannibal.

I always wondered where that strange impulse came from, and now thanks to a new exhibit, "What's Cooking, Uncle Sam?" at the National Archives, I think I know. The New York Times ran a piece yesterday about the show, which focuses on posters, videos and other media from the Department of Agricultural, spanning all the way back to the revolutionary war.

The most fascinating of these photos is called "Pig Cafeteria": "The Pig Cafeteria" was an exhibit produced by the Department of Agriculture to educate farmers about new methods of farming and raising livestock — specifically, what to feed pigs so that they would be healthy and profitable.

So maybe it's just poor word choice, because when I see Wilbur here licking his lips and holding out his plate at a Pig Cafeteria, I assume that he will be in for a sad and delicious shock, smothered in barbeque sauce. But maybe Pig Cafeterias are just cafeterias for pigs, not serving them -- the way we call where kids eat lunch "Human Cafeterias."

Definitely check out the rest of the exhibit up in the Times, especially the poster demanding "Eat The Carp": Or the kind nurses that come to your home and tell you about the benefits of this "dairy product": Man, the past looks totally terrifying and not at all tasty. I'll take Reagan's "Catsup is a vegetable" decision* over carp demands or pushy milk women any day.

*Yes, I know it didn't actually go down quite like that.