Secretary-General: "This decision sends a clear message to the Gadhafi regime" 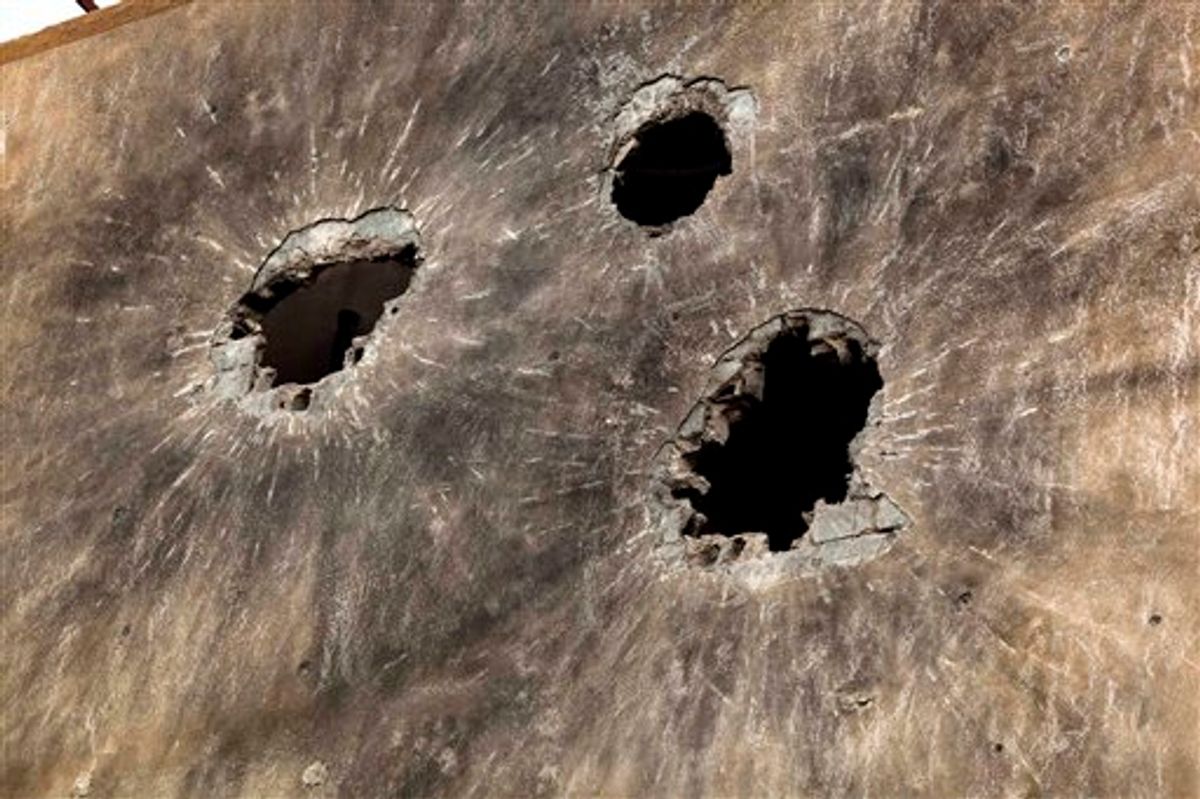 In this photo taken Sunday, May 22, 2011, holes caused by heavy ammunition are seen on the side wall of a building in Tripoli Street, the center of the fighting between forces loyal to Libyan-leader Moammar Gadhafi and rebels in downtown Misrata, Libya. Since the weeks-long siege of the city ended in mid-May, Misrata residents make pilgrimages to Tripoli Street, site of the fiercest fighting in the battle for Libya between the rebels and Moammar Gadhafi's forces. People gawk at the wreckage of bombed-out buildings with gaping holes and walls pocked by bullets, and shoot photos of charred hulks of tanks, rubble-strewn streets and a side walk museum featuring drumloads of bullet casings, uniforms of dead enemies, and unexploded munitions. (AP Photo/Rodrigo Abd) (AP)
--

NATO's top official says the military alliance and its partners have decided to extend the mission in Libya another 90 days.

Secretary-General Anders Fogh Rasmussen said Wednesday, "This decision sends a clear message to the Gadhafi regime: We are determined to continue our operation to protect the people of Libya."

The military alliance took over command of the operation on March 31 after difficult negotiations among its members. Unanimity of 28 is required for action, and the operations to enforce a no-fly zone and use air power to protect civilians was authorized for an initial 90 days.

That time would have expired in late June. Libyan leader Moammar Gadhafi is trying to withstand the NATO air barrage and put down a rebellion among his own people.