I am not a "global warming denialist" 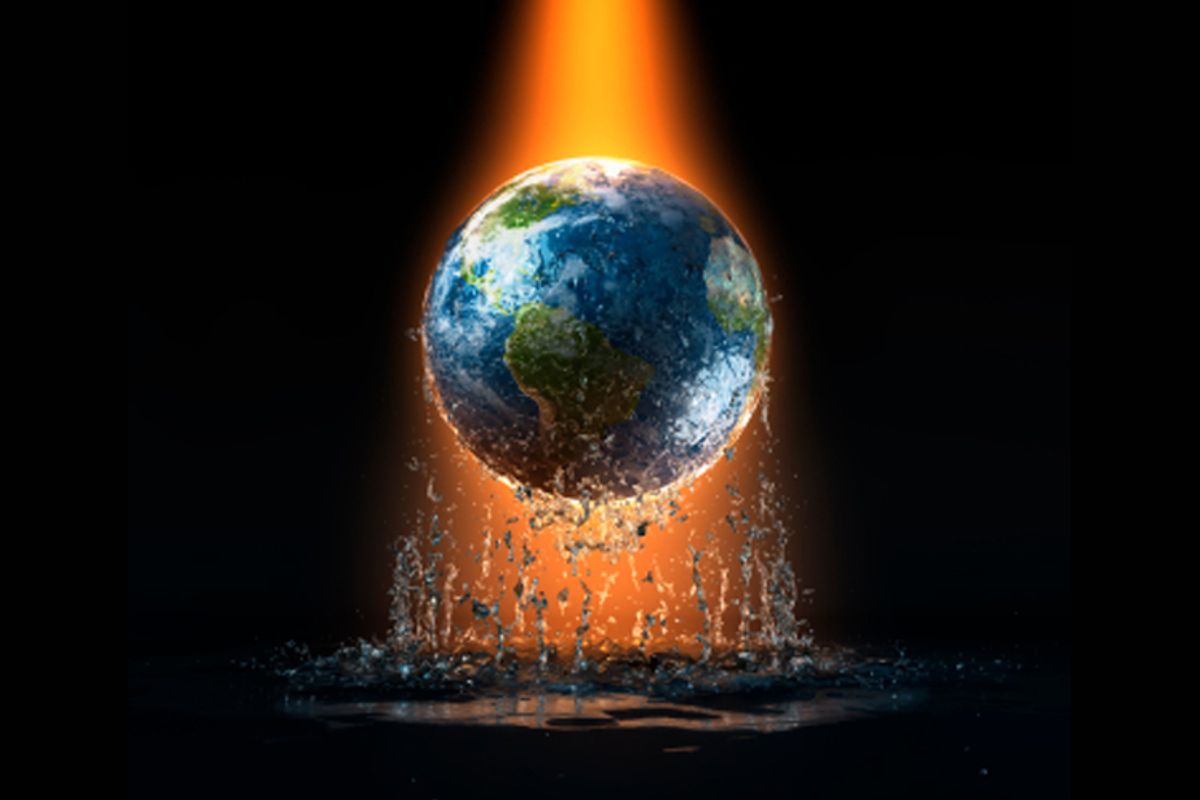 In his thoughtful criticism of my essay on the future of fossil fuels and the poor prospects for renewable energy, Andrew Leonard characterizes my message as one that "we have nothing to worry about." This may be partly the fault of my presentation, because in the course of being provocative I did not make it sufficiently clear that I was engaged in analysis, not advocacy. I made the prediction that, even in the presence of global warming, the countries of the world are unlikely to allow the vast stores of fossil fuels in the earth’s crust to lie there undisturbed, when technology is making many of them ever more accessible and cheaper than the renewable energy alternatives. For the record, I personally wish that greenhouse gas emissions would stop immediately, and I personally would prefer a world of harmonious international cooperation for all time. Neither of my personal preferences is going to be fulfilled and neither affects the accuracy of my analysis.

My argument is that the replacement of fossil fuels by large-scale renewable energy is politically unrealistic, even though it is technically feasible. On questions of technical feasibility, I defer to scientists like David J.C. MacKay, professor of natural philosophy at Cambridge and the chief scientific adviser to the UK Department of Energy and Climate Change (DECC). His widely-praised and nonpartisan book "Sustainable Energy: Without the Hot Air" is available for free online.

Andrew Leonard writes: "Building enough nuclear power plants to make a dent in climate change will be massively expensive. And if we’re going to subsidize new sources of energy why not funnel that government funding towards sectors that do not have waste or potential meltdown issues -- like wind or solar."

In the November 2009 issue of Scientific American, Mark Z. Jacobson and Mark A. Delucci published "A Plan to Power 100 Percent of the Planet with Renewables." In 2010, according to Vaclav Smil in American Scientist, wind provided 2 percent of global electricity, and photovoltaics less than 0.05 percent. In order to power civilization entirely with wind, solar and water energy by 2030, Jacobson and Delucci proposed deploying 3.8 million large wind turbines, 90,000 solar plants, and vast numbers of rooftop solar arrays and geothermal and tide devices. These hopeful champions of renewable energy estimated that the cost would be "on the order of $100 trillion worldwide, over 20 years, not including transmission." That translates into $5 trillion a year or nearly 8 percent of this year’s global GDP of $65 trillion. (Not including transmission).

And these are the renewable energy optimists.

Can technological breakthroughs in solar and wind power make them cheaper? The problem, as noted above, is the gargantuan collection areas required to harvest relatively small amounts of diffuse energy. Unlike transistors, these huge collection areas cannot get smaller while remaining effective. Only the hand of God or the magic wand of Harry Potter could increase the number of photons from the sun that fall on a square meter of the earth’s surface, or herd prairie winds together like cattle in a chute.

In theory, then, the replacement of fossil fuels by renewable energy facilities -- albeit colossal and expensive ones--is possible. But it’s not going to happen. Not now. Not twenty or thirty years from now. Not a hundred years from now. This is a political judgment, not a technical judgment. Neither developed nor developing nations are going to spend enormous amounts on crash programs to build forests of windmills, or solar power facilities that take up as much area as Arizona or whole countries. Of that we can be certain.

Can’t we just tighten our belts? Reducing greenhouse emissions this way would be far more painful than glib assertions about energy conservation suggest. The world’s governments, democratic or otherwise, are not likely to impose reductions on individual wealth and mobility and national economic growth that would be severe enough to forestall climate change in the future, while leaving fossil energy resources untouched in the ground.

Germany, Spain and other countries that were hailed a few years back as leaders in renewable energy are slashing their subsidies because of the recession. If relatively modest subsidies to wind and solar power facilities cannot survive economic downturns, how can they become a permanent and accepted feature of the worldwide economic and social order?

Furthermore, it is politically naïve to believe that an energy-constrained world would be egalitarian or liberal or democratic. If you think society is oligarchic today, just wait until electricity and fuel are rationed. A brutal, nepotistic nomenklatura in every nation would monopolize energy-consuming technology for its members, while energy austerity was imposed on the impoverished majority. And you can forget about world peace, in a Hobbesian world with rising energy costs. Energy production and distribution would be completely militarized.

For political reasons alone, plans to replace fossil fuels by scaling up wind energy, solar energy and other renewables, or by massive, voluntary cuts in consumption will remain in the realm of fantasy. What is likely to happen instead? Not what Andrew Leonard or I want to happen, but what probably will happen?

As Vaclav Smil and others have pointed out, historic energy transitions are prolonged, unplanned affairs that generally replace old energy sources with new ones that occupy less space, contain less carbon and have greater energy density. Wood gave way to coal and coal, for many purposes, to oil. In the last several decades the scientists Cesare Marchetti and Jesse Ausubel, and the journalist Robert Bryce, have mapped out the most likely next step in the chain of decarbonization: a gradual, cost-driven shift from coal and oil to low-carbon natural gas and then, eventually, as a result of depletion, to zero-carbon nuclear energy. Bryce calls this the "N2N" transition.

In the transitional age of methane, carbon dioxide would continue to be added to the atmosphere, perhaps at a lower rate than at present, for generations to come. This is not something I personally favor. But as an observer, I don’t believe that governments will undertake the painful and expensive actions that would be necessary (including a costly and unlikely build-out of nuclear energy) to end reliance on natural gas and other fossil fuels or rapidly cut off CO2 emissions.

I am not a "global warming denialist." Although science is always provisional and subject to revision, I have no reason to doubt the scientific consensus that greenhouse gases almost certainly are warming the atmosphere. Nor do I have any reason to doubt that as a result of human greenhouse gas emissions the earth’s temperature will rise in the next few centuries. This being the case, efforts wasted on lobbying for unrealistic mitigation schemes that are doomed for political reasons would be better devoted to plans for minimizing any damage that global warming, already underway, might cause to particular areas of the world.

As I wrote in my essay, if the threat of global warming is really as bad as James Lovelock and James Hansen says it is, then we should listen to those eminent scientists, who argue for a rapid transition from fossil fuels to nuclear power.

Andrew Leonard writes: "The free market isn’t very friendly to nuclear power—it is most widely implemented, today, in countries where there is a strong state presence in the industry, like France or China." This is true, but why is this a progressive argument against nuclear power? Progressives favor public investment and the American liberal tradition includes the Manhattan Project and the TVA and the Apollo Program.

If there were really a clear and present danger of catastrophic overheating, we could not afford to rely on feeble, indirect, "market-friendly" measures like cap and trade and renewable energy mandates on utilities, to say nothing of trivial, symbolic gestures like LEED certification of "green" houses. The only rational course of action would be for the federal government to declare martial law, nationalize the energy sector, conscript American industry and engage in an emergency nuclear power build-out at taxpayer expense. There would need to be Marshall Plan subsidies to help poor coal-burning countries shift to nuclear energy. Most people would consider an occasional Fukushima or Chernobyl a price worth paying, if the apocalyptic alternative were a runaway global greenhouse effect and the end of civilization or humanity on an earth as dead as Venus.

American progressives like to boast that, unlike conservatives, they form a "reality-based community." When it comes to realistic thinking about energy options, my fellow liberals need to live up to their boast.