The Weiner talk gets weird

On Hardball, we discuss why in the world the besieged Queens Democrat can't be sure the photo isn't him 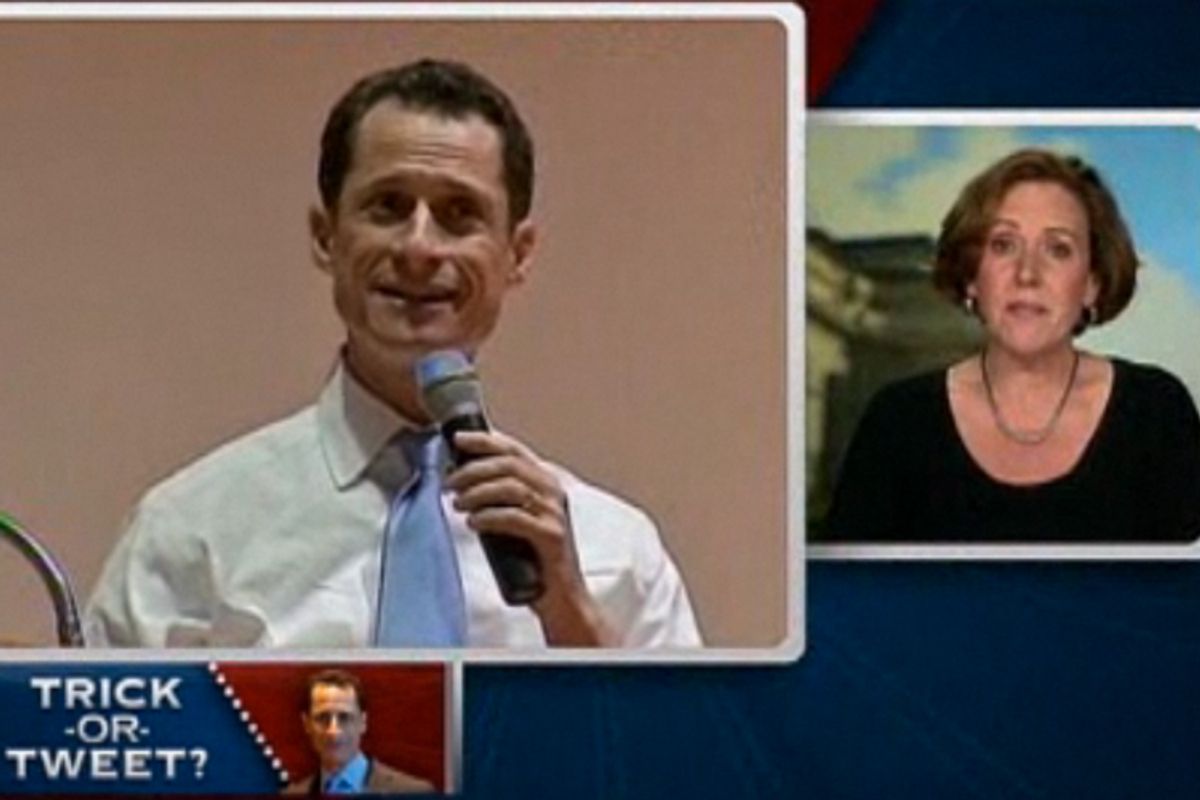 Chris Matthews came at me hard today with a question I didn't expect: Why can't Rep. Anthony Weiner say "with certitude" that the racy crotch-shot seen 'round the world isn't his? Matthews pretty much challenged NY 1's Errol Louis to reassure him that no such photos exist on Louis's own computer; he didn't pose that question to me. I can safely say I have no suggestive photos of myself on my computer. (I've had iPhoto accidents, but they all involved me looking silly, or the corner of the wall behind where I thought my head would be. I'm bad at iPhoto.)

Let me say first I think Weiner has made things look much worse for himself in the last 24 hours, especially dodging Luke Russert's efforts to get him to state categorically that the package in question isn't his. If Weiner was going to decide to say nothing, he should have continued to say nothing, and proceed with figuring out what actually happened, so he could tell one true story to the media. Telling a half-story, dodging some questions, and declaring some details off limits was dumb. However, it remains possible that the photo might be Weiner's – and he still didn't send it to the 21-year-old college student himself. They are not the same thing. Possessing such a photo privately may be a little weird – or it may not be, in someone else's world. It's none of my business. If Weiner had the bad judgment to send it out over Twitter, where it can be seen by his thousands of followers, to someone who isn't his wife, that's dumb. If it was an unwanted special delivery package, that's harassment.

But we don't know any of that yet. Right now, you can believe Team Breitbart, or you can give the benefit of the doubt to Weiner and the college student, who deny the photo Tweet went down as charged. We may never know the truth. But until he can tell it, Weiner would be best served by zipping his lip.

There's a lot that's strange about this story, and Weiner himself is now making it stranger. This "Hardball" conversation was pretty funny: