Fears of a corporate police state

From private prisons to warrantless searches, the government is working with corporations to trample your rights 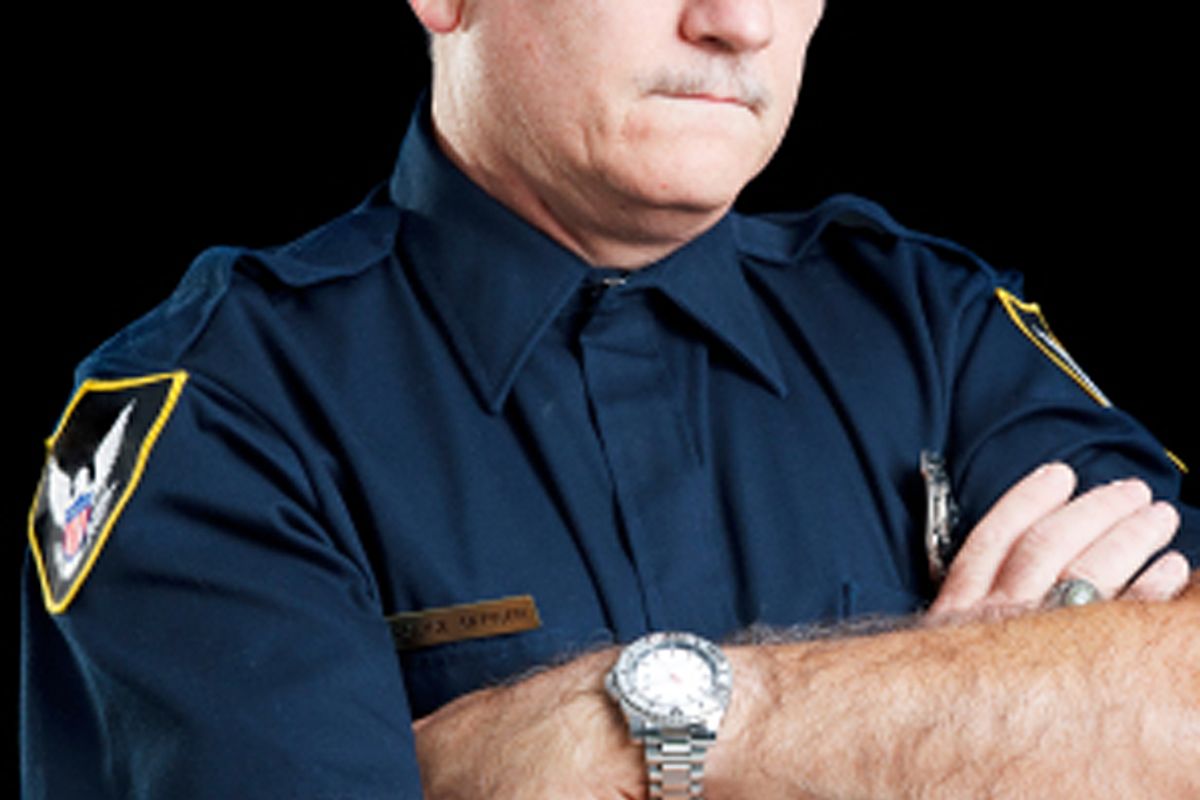 "Corporate Police State," it's a fraught -- some might even say, overwrought -- term. But in its purest, apolitical form, it simply describes the periodic commingling of state and corporate power to protect private interests.

In the American psyche, any discussion of that phenomenon typically brings one of three images to mind. There's the Old Corporate Police State -- the sepia-toned America of decades long past, a place where state militias murder striking mine workers on behalf of Gilded Age barons and Congress empowers the government to forcibly ban work stoppages that defy corporate executives' wishes. There's the Fictional Future Corporate Police State -- that smoldering bombed-out world depicted in "Robocop," "Fortress" and every other dystopian flick in Hollywood's post-apocalyptic catalog. And there's the Foreign Corporate Police State -- think Dubai, Singapore, Monaco and every other lavish enclave defined by lots of rich people, lots of corporate headquarters, lots of heavily armed cops -- and almost no civil liberties.

By imagining the Corporate Police State primarily as a historical, fictional or foreign monster, these snapshots encourage us to believe that this monster poses no threat to us in the here and now. They encourage us, in other words, to ignore the monster's creeping advances in present-day America.

In just the last few years, the Corporate Police State has reared its head at every level of government.

States and municipalities, for instance, have toughened criminal penalties and immigration laws at the behest of the private prison industry; empowered Wall Street banks to not only collect taxes but levy additional tax penalties; and allowed energy companies to exploit so-called forced pooling statutes, thereby creating what one Republican governor calls a new power of "private eminent domain." One state is now even considering making it a criminal act to share your Netflix password with friends and family, because that is cutting into Netflix revenues.

In Washington, D.C., the federal government just enacted a healthcare bill whose individual mandate forces citizens to purchase private insurance, and the Pentagon has developed a reliable pattern of using military power to occupy resource-rich countries -- and then to privatize those resources at the barrel of a gun.

This same government, which has granted corporations the rights of "personhood," has also used its power to let corporations avoid the responsibilities of personhood -- effectively using state power to create a new privileged status that is above the law. For instance, federal statutes have trampled the concept of "equal protection" by deliberately exempting corporate interests from the laws the rest of us live under -- laws like the Safe Drinking Water Act (which doesn't apply to natural gas drillers) and antitrust statutes (which still don't apply to private health insurers). Federal courts have used judicial power to limit corporations' legal and financial liability for fraud and lawbreaking.

This modern Corporate Police State differs from what we call "corporatism" in that it is not merely about funneling public dollars to private interests à la the Wall Street bailout. Indeed, this new monster has bigger goals than the occasional bailout. It is all about using the government's position as society's supreme rule maker and law enforcer to create a fully- functioning corporate state -- one that doesn't just channel police power into crushing the occasional protest, but constructs an entire legal and military framework around preserving and expanding private profit. And, as we're now seeing, that includes a radical reimagining of the U.S. Constitution.

Last month in California, the Los Angeles Times reported that "the recording industry is pushing California's lawmakers to approve legislation that would allow warrantless searches of companies that press copies of compact discs and DVDs." The Democratic bill, which includes no "standard for suspecting that counterfeiting is occurring," would "give law enforcement officials the power to enter manufacturing plants without notice or court orders." As one legal expert told the Times: "We have the 4th Amendment that generally requires probable cause (and) this is a huge exception" -- that's right, a huge potentially precedent-setting exception designed not for national security or the common good, but for protecting private corporations' profit.

Likewise, at the federal level, the New York Times this week reported that the FBI, wielding the Fourth Amendment-trampling Patriot Act, targeted a peaceful political activist with three years' worth of round-the-clock surveillance. What caught Big Brother's watchful eye? Was the activist cavorting with al-Qaida? Was he conspiring to commit mass murder? No, the Times reports that the FBI deployed its "anti-terrorism" apparatus specifically because the activist participated in a protest against Exxon Mobil -- aka the Most Profitable Corporation in the World. And in case you thought that was an "isolated incident," this revelation comes just a few years after the ACLU discovered that other similar "anti-terrorism" surveillance efforts have been aimed at animal rights and environmental activists who wage protests against private agribusiness and energy interests.

Meanwhile, in the wake of a cyberattack on private military contractor Lockheed Martin, the Wall Street Journal this week reported that the Pentagon may begin classifying cyberattacks that impact "commerce" (read: corporate profit) as official "acts of war" meriting military retaliation -- no doubt, sans constitutionally mandated congressional authorization in this age of extra-constitutional power grabs. Yes, hackers who infiltrate, say, an energy company's mainframe won't just face prosecution anymore. Instead, as a military official boasted to the Journal: "If you shut down our power grid, maybe we will put a missile down one of your smokestacks."

Granted, in outward appearance, this Corporate Police State still resembles the America we've come to know and love. It doesn't yet look like the Ludlow Massacre, Abu Dhabi or post-apocalyptic Detroit under the iron fist of Omni Consumer Products.

But the operative word is "yet."