Does eating a pepperoni slice with a fork and knife make you un-American? Probably 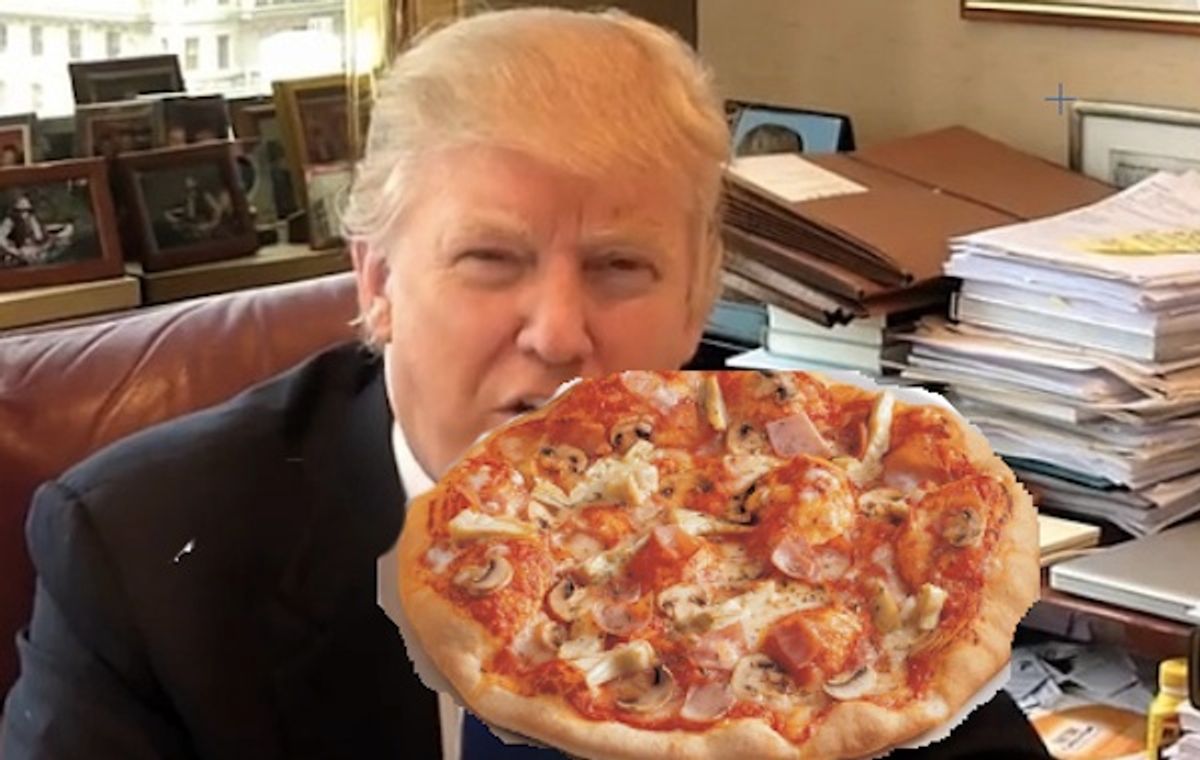 You see, President Obama? This is how a real leader deals with rumors and accusations when they arise from the public's yammering maw: You squash them like a bug in a public address (vlog).

As many of you have heard by now, King Donald Trump was recently seen eating pizza with Sarah Palin in New York City. Nothing wrong with that, right? Just a couple of buddies hanging out, probably have loads in common for conversation fodder, like how great it is to be very American. But the story turned sour when Trump and Palin began to masticate their delicious NYC-style slices ... with forks and knives!

Who does that? Certainly not Joe the Plumber. British people, maybe. But here in the U.S. of A. we eat pizza (and most other things) with our hands. Well, Donald wants you to know he's taking these accusations very seriously.

And by the way, he doesn't even know if Sarah Palin is running in 2012. They didn't talk about that. Because that's what you were asking about, right? Not "Does Donald Trump carry forks and knives on his person?" Because the answer to that, as we now know, is, "No, he does not."