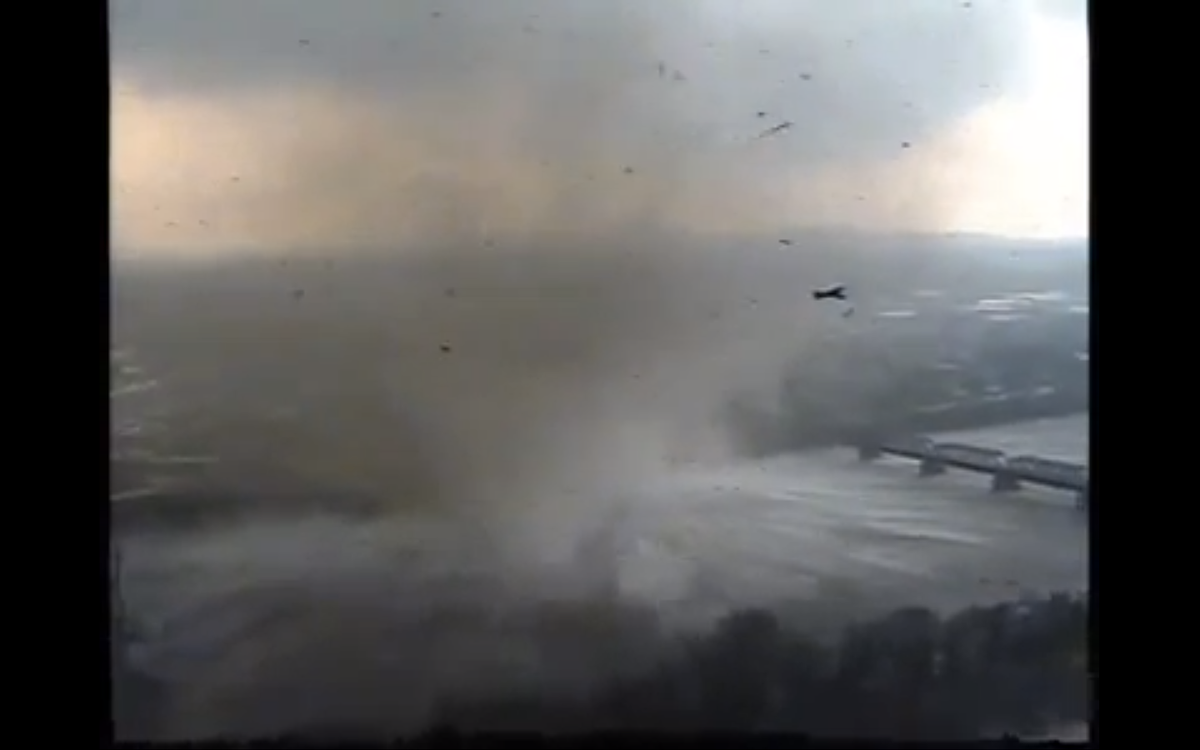 A rare episode of severe weather in Massachusetts yesterday evening resulted in four deaths, numerous injuries and extensive damage. "At least two" storms hit Springfield, Massachusetts, and the surrounding area; they were the first twisters to cause fatalities in the state since 1995. Gov. Deval Patrick has called a state of emergency and brought in 1,000 members of the National Guard.

"It was obviously an incredible surprise ... we'd been monitoring the weather all day and by early afternoon nobody was overly concerned ... but by late afternoon some storm clouds started to appear. Getting severe thunderstorms is not very unusual for a late afternoon at this time of the year, but damaging tornadoes in heavily populated areas are rare."

Video footage illustrates the shocking violence of the storms. Particularly chilling is this clip, which shows a twister hitting part of the Connecticut River:

John Metcalfe at StormWatch 7 Weather Blog points out that the "vortex" shown here is so extreme that it caused water to condense on the spot:

At first glance [this footage] appears to show a typical waterspout. Despite appearances, though, that is not preexisting fog getting twirled up from the river into the funnel cloud like spaghetti onto a fork. It is water condensing right out of the air, thanks to the weird physical environment inside a tornado vortex.

"The fog is not caused by the cooling of the air but by the pressure dropping," says [ABC 7 meteorologist Bob] Ryan. "In the vortex, it’s probably the same pressure as at cloud level. When the pressure drops it causes condensation."

Another video shows a twister moving straight across I-91 in Springfield as stopped cars wait for it to pass (Politico notes that Sarah Palin's One Nation bus tour may have crossed this part of the highway within minutes of the storm). After crossing the road, the storm destroys buildings along the side of the highway: