The Onion's "Abortionplex" gets reviewed on Yelp

This imaginary building has gotten better reviews than your favorite restaurant. What's not to love? 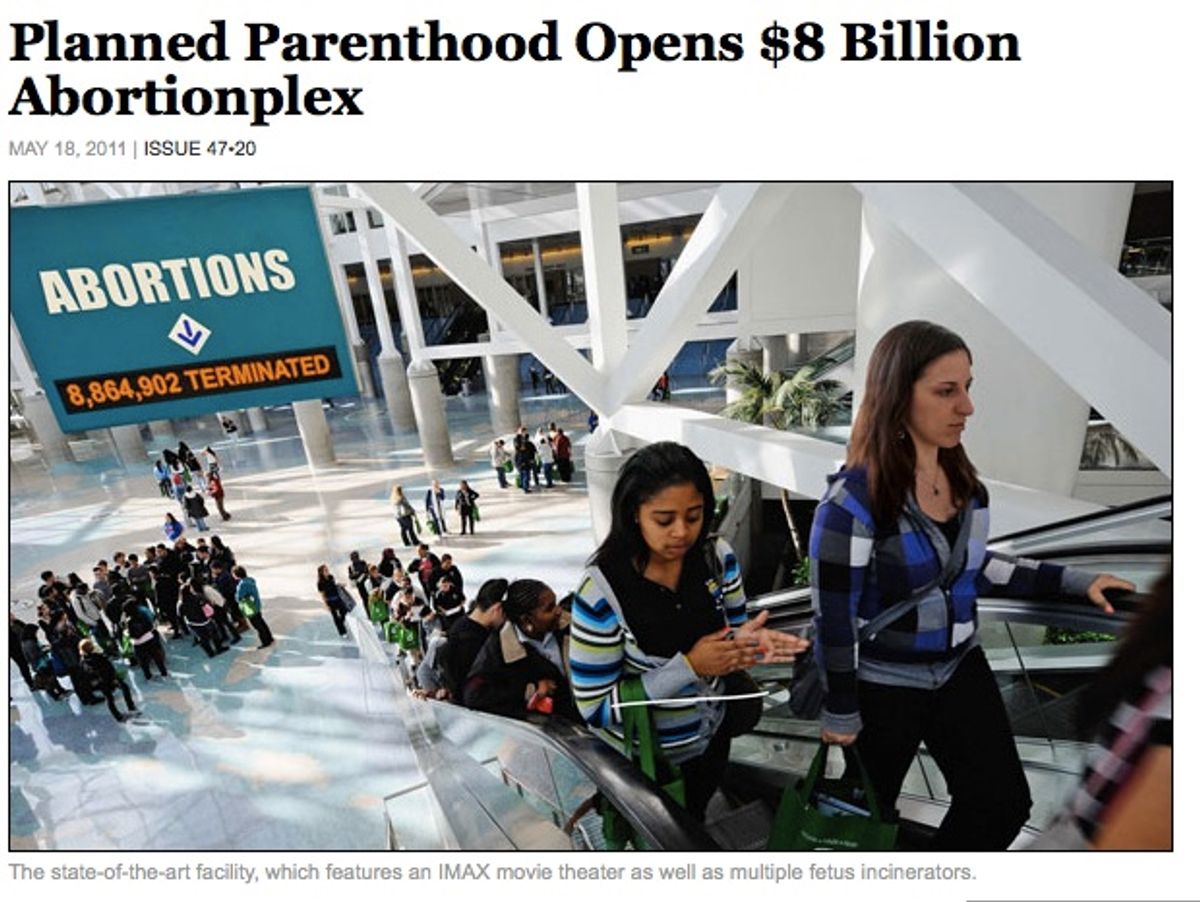 For the last time: this is not a real place.
--

"Planned Parenthood Opens $8 Billion Abortionplex" read an Onion headline in mid-May, causing a crisis for many people who still do not recognize the Onion as being a satiric news source. In fact, now there is a whole Tumblr dedicated to people who have quoted Onion articles on their Facebook page, outraged that the government has allowed Planned Parenthood to create an abortion center with "coffee shops, bars, dozens of restaurants and retail outlets, a three-story nightclub, and a 10-screen multiplex theater."

I bet those same people are really going to hate this: a new Yelp review page for the Abortionplex in Kansas. This is not the first time Yelp has been used to review fictitious spaces. The website also had a listing for Dorsia, the über-trendy restaurant from "American Psycho," which was removed after being flagged by moderators for "lacking first hand experience." I wonder how long it will take until Yelp removes the highly controversial Abortionplex as well?