Mitt Romney is betting on a bad economy 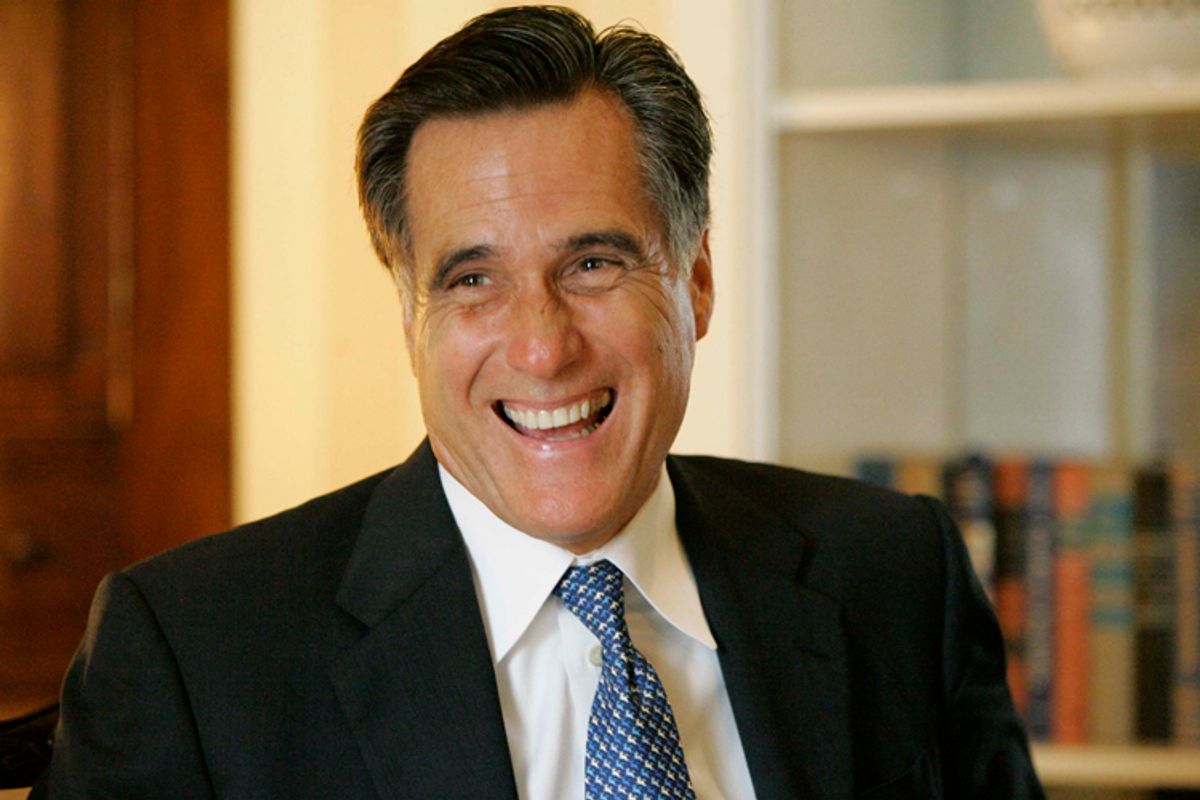 Mitt Romney picked a good day to formally announce his presidential campaign. Sure, in some ways he's being overshadowed by Sarah Palin, whose bus tour was about an hour away from Stratham, New Hampshire went Romney made his formal declaration early Thursday afternoon. But Romney's announcement comes just as a new wave of discouraging economic news hits, and even though he'd never admit it, discouraging economic news is central to his chances of winning the White House.

Of course, this is true for every Republican candidate. If the economy improves considerably in the next 18 months and public pessimism wanes, President Obama will be reelected with ease, no matter which one of them runs against him. For the GOP to have any shot of unseating Obama in 2012, economic anxiety will have to be high, like it was in 1992 and 1980, the last two times first-term presidents were defeated for reelection.

But to win the nomination, Romney is counting on a certain amount of pragmatism prevailing among Republicans. His various crimes against conservative purity -- previous support for abortion rights, gay rights, for instance, or the universal healthcare law and individual insurance mandate he implemented in Massachusetts -- have been well-documented. And while it's difficult to quanitify, but there's a reasonable chance that his Mormonism turns off a small but significant chunk of the GOP base. He is not, in other words, the dream candidate of the Republican Party base.

But he has spent the past half-dozen or so years,since he gave up trying to please Massachusetts voters and turned his focus to the national stage, trying to ease those doubts and to convince opinion leaders on the right that they can and should trust him to be a team player. He made surprising headway in 2008, briefly emerging as the frontrunner in both Iowa and New Hampshire before being overtake in both states and falling short of the nomination, and he's the nominal front-runner now, but a very weak one; his 2012 campaign lacks the broad early support and strong poll numbers that, say, George W. Bush, Bob Dole and George H.W. Bush enjoyed in their successful primary campaigns.

This is where the economy comes in: The weaker it becomes, the more vulnerable Obama will seem to Republicans. This, in turn, will create more urgency for the party's opinion-shaping elites to rally behind a candidate capable of taking advantage of a poor economy in the general election -- and it will make it easier for them to persuade rank-and-file Republican voters to follow their lead.

This would be the ideal situation for Romney, since the GOP field -- as crowded as it may feel -- actually includes only three candidates right now who would not represent serious general election gambles: Romney, Pawlenty and Jon Huntsman. And of the three, Romney still seems to have the best shot at emerging as the consensus choice of the elites. Pawlenty -- who has tried painfully hard to distinguish himself -- is still getting little traction and Huntsman, with his thin resume and service in the Obama administration, is just a tough sell to the elites. Romney, meanwhile, continues to raise serious money and fare well enough in polling, even after a brutal spring in which his "healthcare problem" dominated media coverage of the GOP race.

There is a chance that another candidate will get in the race and complicate things for him. Texas Governor Rick Perry seems like the most serious prospect, while New Jersey's Chris Christie is a longer shot to get in. But Romney's path to the nomination may not be as complicated as many have assumed. And if he can secure the nomination and the economic anxiety is still high, he'll have a very real chance of ousting Obama.