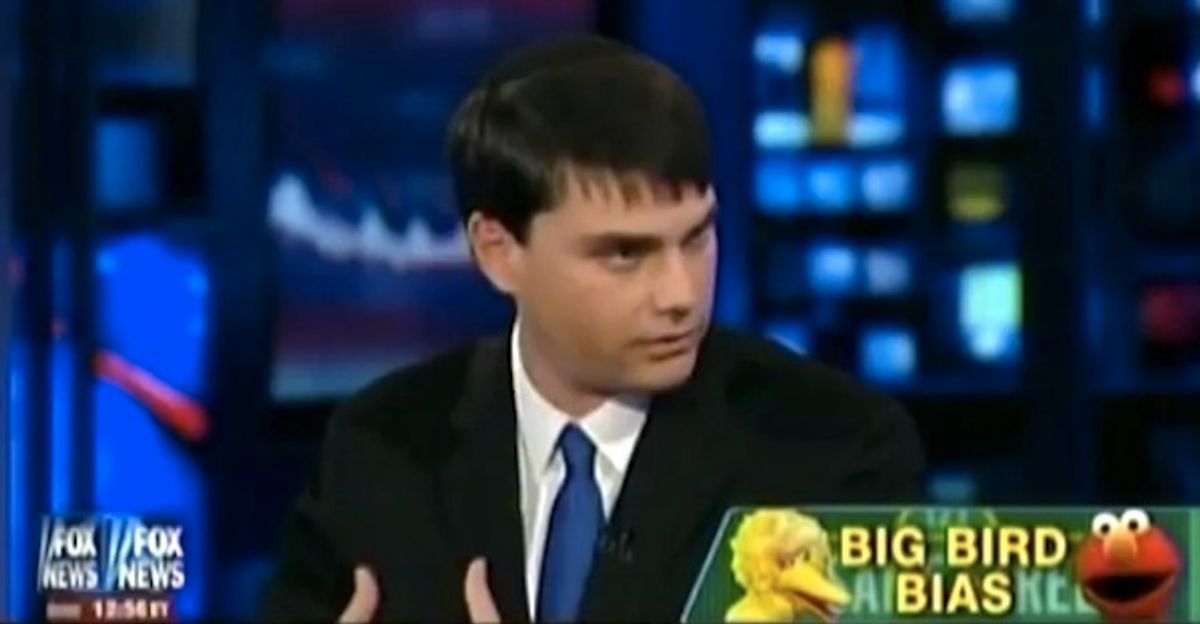 Today's episode of "The Sean Hannity Show" has been brought to you by the letter "L" and the number "4." The L stands for "liberal," boys and girls, which is what our nation's beloved children's program is trying to turn tykes into with its secret pro-gay, Democratic agenda. Four is how many people Fox News could scrounge up to support this Falwell-cy.

Leaving aside the rehashed argument that "Teletubbies" "Sesame Street" is a liberal attack on family values, can we talk about how Ben Shapiro's first sentence on the show was, "Yeah, I kind of want to take them out back and cap 'em." What? Hopefully, he is talking about Big Bird and Elmo and not the children that Hannity said were going to hate the conservative author/pundit after his book comes out. Family values!

Also, who says "cap 'em"? Is that a statement on the "soft bigotry" that Shapiro claims PBS is peddling in, or has Ben just been accidentally confusing "The Wire" for "Sesame Street" again? (It happens.)

Another good call is getting Miss America 2008 as the morality expert on this panel. Kirsten Haglund has the distinction of being the only one of Donald Trump's beauty pageant winners in the past five years not rocked by a sex scandal, so when questions pertaining to television that promotes healthy role models for young girls comes up, she's definitely the person to ask. Her or Gretchen Carlson.