V.S. Naipaul: No woman writer is my match 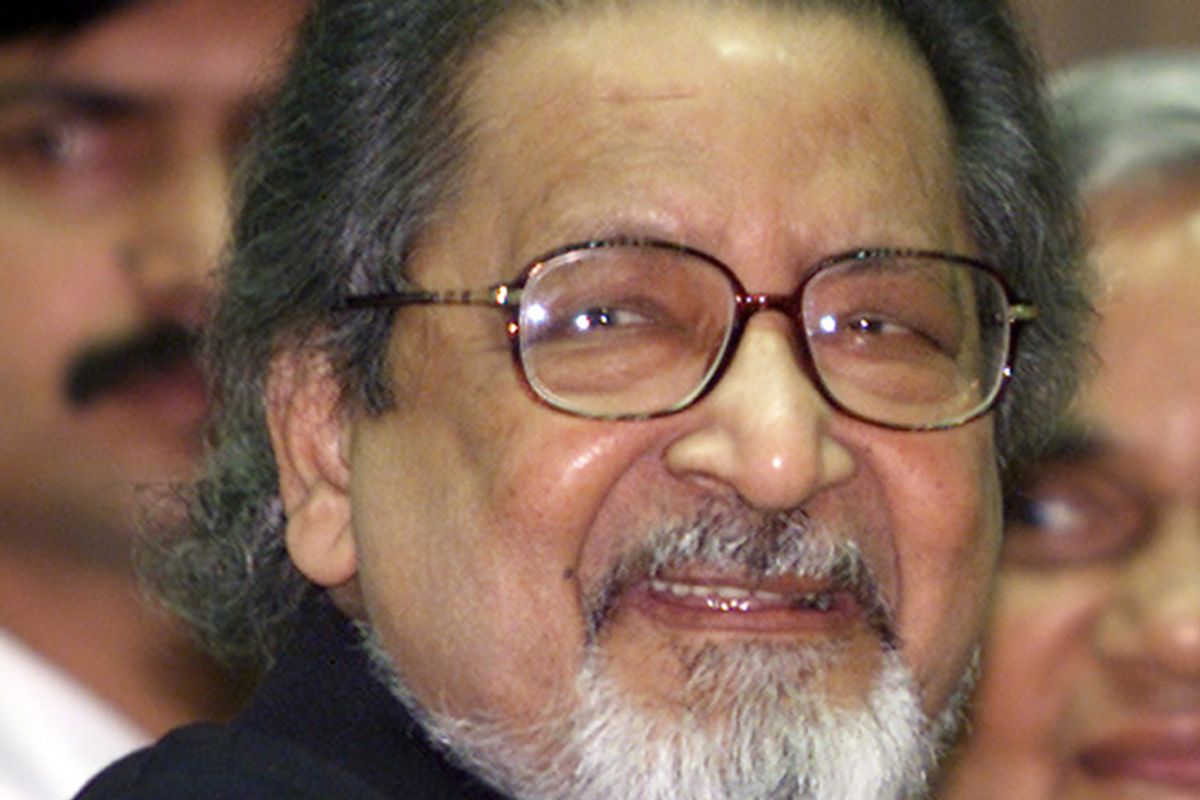 **FILE**Nobel laureate V.S. Naipaul attends an International Festival of Indian Literature in New Delhi, India, on Feb. 18, 2002. Naipaul, a Trinidad-born Briton known for novels set in a messy postcolonial world, said in comments published Tuesday, April 17, 2007, that he didn't learn anything at Oxford and that his time at the prestigious British university only delayed the start of his career. (AP Photo/John McConnico) (John Mcconnico)
--

Women are "sentimental," and their "narrow view of the world" makes them inferior writers. So, at least, says V.S. Naipaul, the prolific Nobel and Booker Prize-winning author whose works include "A House for Mr. Biswas."

In an interview at the Royal Geographic Society on Tuesday about his career, Naipaul ... was asked if he considered any woman writer his literary match. He replied: "I don't think so." Of [Jane] Austen he said he "couldn't possibly share her sentimental ambitions, her sentimental sense of the world".

He felt that women writers were "quite different". He said: "I read a piece of writing and within a paragraph or two I know whether it is by a woman or not. I think [it is] unequal to me." ...

[He added:] "And inevitably for a woman, she is not a complete master of a house, so that comes over in her writing too."

The Telegraph's Iain Hollingshead, alluding to Naipaul's history of public bombast, writes that -- despite the author's recent reconciliation with travel writer Paul Theroux -- the remarks have "surprised no one."

On Sunday [Naipaul] surprised everyone by making up with Paul Theroux after a 15-year feud. On Tuesday he surprised no one by saying that female writers couldn’t possibly be as good as him. ... He also criticised his [former] publisher – the great Diana Athill – for writing “all this feminine tosh”. He added, apparently, without irony: “I don’t mean this in an unkind way.” She responded less kindly, calling his comments “ridiculous” and saying that he is “losing his grip”.

"Taking myself out of it, you only have to think of authors like George Eliot, or Jane Austen -- you cannot take it seriously. The books may be slightly different in nature because of different experiences, but I don't think gender has anything to do with quality. There is some terrible female writing and terrible male writing. He has been asked what he genuinely feels and what he feels seems to me to be foolishness."

Not everyone has immediately written off Naipaul's comments, however. Also in the Evening Standard, Melanie McDonagh argues he is "right in part":

You really can't dismiss women writers simply because of their domestic bent, what Sir VS calls their narrowness. The age when women novelists really were as fine as their male counterparts was when they were confined to the domestic sphere but George Eliot and Emily and Charlotte Brontë could hardly be said to have been limited by that environment, though Mary Shelley was perhaps another matter. You could say, indeed, that a novel like Silas Marner is admirable precisely because it is grounded in the hearth.

But you have also to hand it to Sir Vidia - as a sex we haven't shone when it comes to the grand scheme of things, even when there have been no economic or political impediments. It's not just that there have been no women Shakespeares or Tolstoys; there have been no female Samuel Becketts or James Joyces either. And no, I'm afraid Virginia Woolf doesn't do it.

In 2008, The Times of London ranked Naipaul 7th on its list of the 50 greatest postwar British writers. Only one female author, Doris Lessing, beat him, coming in at number 5.