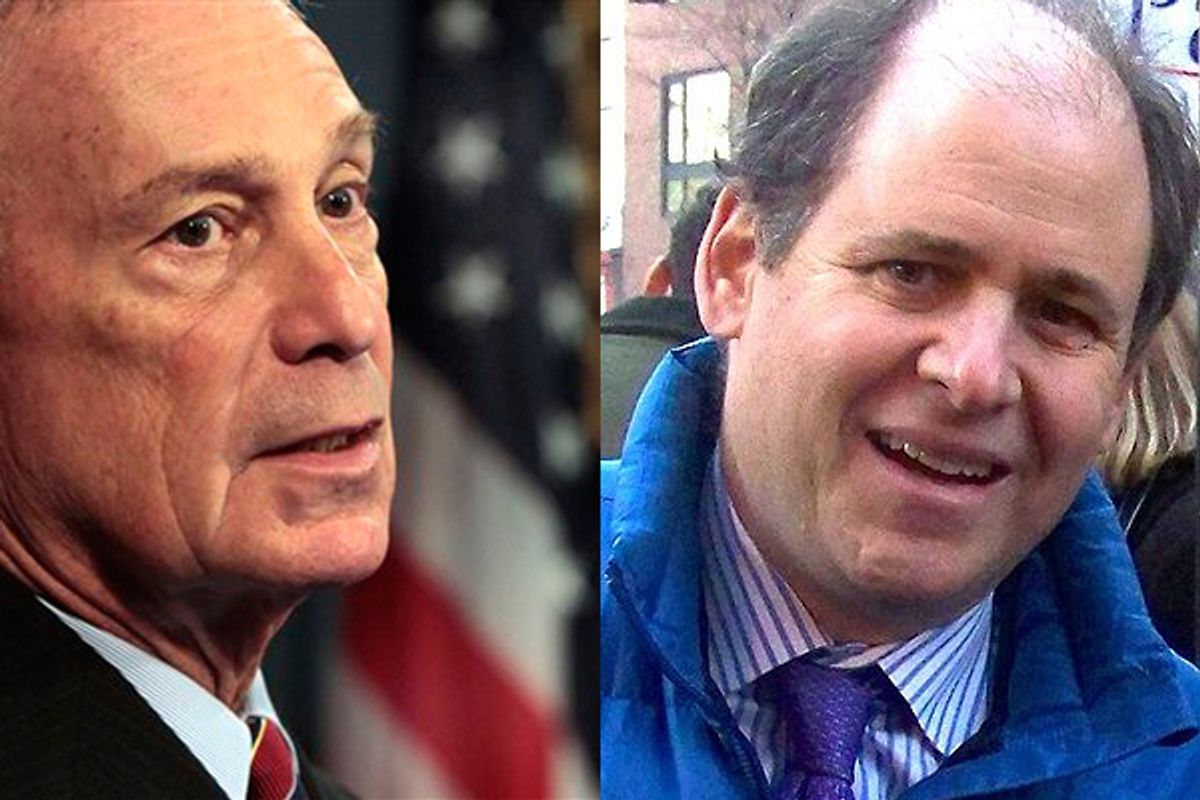 The conflict of interest inherent in having a media company owned by a powerful politician would probably be easier to explain away if that media company's new opinion arm refrained from directly attacking prominent critics of the boss. But Bloomberg View, like Bloomberg himself, doesn't care what nitpicking critics say. That's why no editor there thought it unseemly of Bloomberg View to run a Jonathan Alter piece attacking education policy expert Diane Ravitch, a vociferous critic of Mayor Bloomberg's handing of the New York City schools system.

Bloomberg View is the unasked-for opinion arm of Bloomberg L.P., the financial information company founded and owned by the billionaire mayor of New York City. Before it launched, one of its editors promised that it would run only "ideology-free, empirically-based editorial positions about the pressing issues of our time," because the ideology of the wealthy elite does not count as ideology.

There was already a minor controversy when it was reported that the opinion arm of Bloomberg's media company -- a company he is not supposed to be directly running while he's mayor -- would be located not at corporate HQ, but at the offices of the Bloomberg Family Foundation, where the mayor is allowed to participate in day-to-day operations.

Alter, formerly of Newsweek, is no lazy hack. He is smart and hard-working. Mayor Bloomberg didn't directly assign some shameless attack dog to go after one of his critics. Alter obviously sincerely agrees with the Bloomberg philosophy. But it still looks seriously inappropriate, like Mayor Mike's P.R. department firing off a response to this recent Ravitch op-ed.

And Alter's piece is not very impressive or convincing! It basically says that Alter and his friends are right and Ravitch is wrong, and it is full of very un-self-aware passages accusing her of caricature while very clumsily caricaturing all of Ravitch's arguments.

Ravitch is the author of a very good book that deflates many of the "success stories" and arguments of the very well-funded and powerful education reform movement, a movement supported by the elites in both political parties and on almost every editorial board in the nation. All the money is behind it. The only powerful institutional force that isn't gung-ho about the McKinsey-ification of public schooling is the teachers' unions, and so Ravitch is generally painted as a pawn of that particular "special interest." (Right-wing think tankers, millionaire centrist liberals, and highly paid corporate consultants are not a "special interest," they are just the people who are right about everything.)

When Alter says Ravitch "uses phony empiricism to rationalize almost every tired argument offered by teachers unions," we're meant to hiss at the invocation of the bad guy in this story. "Phony empiricism" means "data that contradict data used by pro-reform sources." Like the data that showed that the miraculous test score gains made by New York school children after two terms of complete control of the school system by Mayor Bloomberg were illusory.

But it's fine for Alter to disagree with Ravitch or accuse her of misusing statistics or insulting hard-working MBAs opening up for-profit charter schools across this great nation. It's just doesn't seem right to read this side of the argument under the name "BLOOMBERG."