Why turn off the AC while the plane is parked at the gate? And what's that odor before we take off? 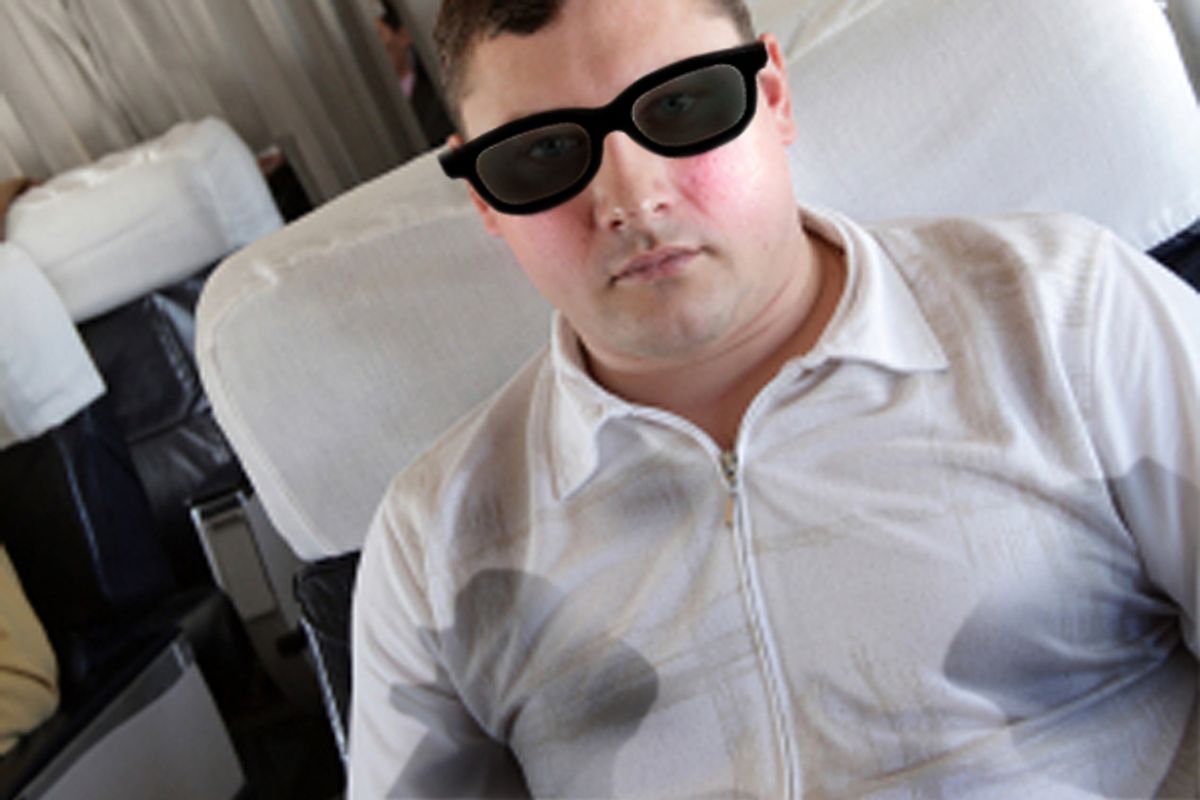 Passenger on the flight waiting a takeoff
--

What's with the lack of air conditioning while parked at the gate? I know that starting the engines burns fuel, but how about some sympathy for those of us waiting out a 45-minute delay in an overheated cabin? Is it within the pilots' discretion to get the AC up and running?

Parked at the gate, planes are cooled or heated one of two ways. The first way is through an external air supply plumbed directly into the cabin. This is the heavy yellow hose you sometimes see running from the jet bridge to a connector somewhere on the lower fuselage. The second is via the plane's auxiliary power unit. The APU is a small turbine engine usually located in the compartment near the tail. It supplies air and electricity when the main engines aren't running. (The main engines won't be started until after the plane is pushed from the gate.)

You can't really say that one way is necessarily more effective than another. It depends on the weather, the aircraft and the particular equipment being used. The general rule is to rely on external air, if available, because it is cheaper than running the APU. However, pretty much all carriers have a policy that allows crews to start the APU if conditions become uncomfortable. Despite the emphasis on saving fuel, no captain would be penalized for cooling down an overheated cabin.

Why this doesn't mesh with your personal experiences I can't say. I too have sat sweating in a crowded cabin for what seemed like far too long. The culprit might be an inoperative APU, and/or an insufficient or malfunctioning ground source.

If things get bad enough, it is well within your right to complain to a flight attendant. Although we have cabin temperature readouts in the cockpit, they aren't always reliable on the ground, and we often rely on the cabin crew to let us know if temps are becoming extreme.

One small but effective way of keeping a plane cooler is to close the window shades between flights. Flight attendants will sometimes make an announcement asking passengers to lower their shades as they disembark. This is especially helpful if the jet will be sitting in hot weather for any length of time.

When departing Tokyo a few years back on a fully loaded 747, the air was turned off just before takeoff. It quickly became very warm and stuffy. A few minutes later, once we were airborne, it was turned back on. What was this all about?

That's called a "packs-off takeoff." The air conditioning systems, which pilots call "packs," bleed air from the engines and, in the process, rob away some of their power. Certain heavy-weight takeoffs require that one or more packs not be used until safely airborne. It depends on the weight of the plane, runway length, temperature, etc. The pre-departure performance data -- a printout of all relevant speeds, power and flap settings -- will inform the crew if this is necessary.

The packs will be switched on again during the early portion of the climb -- usually around the time of the first scheduled power reduction, at a thousand feet or so. (It might seem counterintuitive, but power is reduced at this point because it simply isn't required; the takeoff is performed using more power than is necessary.)

I read your essay about the quality of cabin air.  I understand that generally the air is much cleaner than people assume. However, I sometimes smell a strong odor when the plane is on the ground. It is similarly pungent to the exhaust from an old car or bus.

Usually this happens when exhaust gases are drawn into the air conditioning packs during engine start. The wind is often the culprit, causing air to backflow or blowing fumes through the pack inlets. It normally lasts only a minute or so, until the engine is stabilized and producing power. It's unpleasant, but little different from the fumes you occasionally breathe in your car while stuck in traffic.