Every day, it's a getting closer ... to hearing Fiona Apple try to sing like the upbeat father of rock and roll 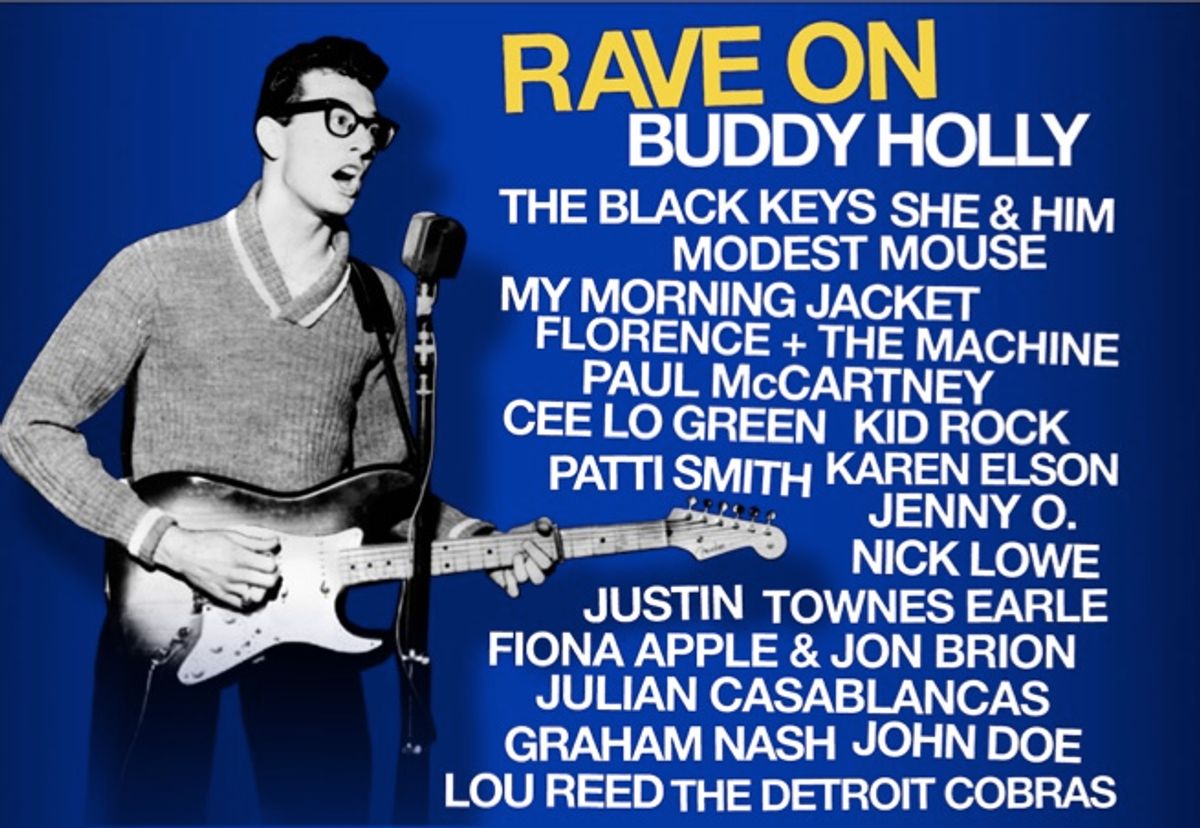 Rave On: a tribute to Buddy Holly.
--

Not a moment too soon: a Buddy Holly tribute album by some of the music industry's hippest names. Like Kid Rock, for example, and Zooey Deschanel (from her band, She & Him). So far the album "Rave On" has released three tracks to the listening public, with today's sample being My Morning Jacket covering "True Love Ways." It's like emo-high school all over again!

The whole track list is available to look at, though it won't be sold until June 28th:

4. Florence and the Machine, "Not Fade Away"

11. Nick Lowe, "Changing All Those Changes"

Modest Mouse doing "That'll Be the Day"? I don't know, I love Modest Mouse and all, but if they make this song sound like a creepy statement on how we're all isolated on the middle planet, surrounded by a giant eye … I'm just going to be really mad. Fiona Apple doing "Every Day" also sounds like something you'd cut your wrists to, not put a bounce in your step. And who let Kid Rock onto this album?

But definitely looking forward to seeing what Cee Lo does with "Baby, I Don't Care." I could hear a whole album of Cee Lo covering Buddy Holly and be okay with it.