This is why the United States is doomed

The GOP response to the jobs report: The Earth is flat and two plus two equals five 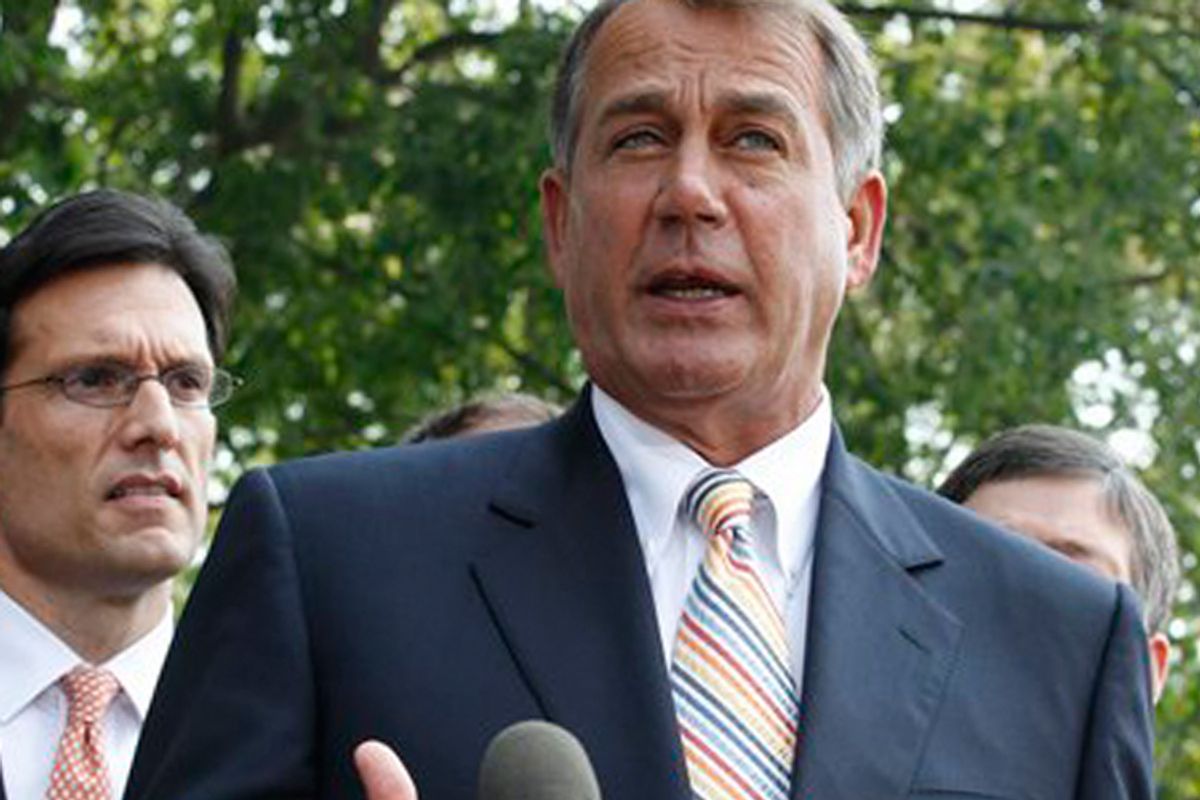 "One look at the jobs report should be enough to show the White House it's time to get serious about cutting spending and dealing with our ailing economy," Speaker John Boehner (R-Ohio) said.

How many blatant untruths can a Republican speaker of the House stuff into one sentence? Quite a few!

1) President Obama has cut taxes. His stimulus bill included tax cuts for 95 percent of all American working families. He signed off on the extension of the Bush tax cuts, while throwing in a new payroll tax cut for good measure.

2) Over-regulating? Set aside, if you can, the fact that under-regulation clearly played a significant role in creating the worst economic crisis since the Great Depression. Let's just take a look at the two sectors of the economy that we might expect to have been affected by the two biggest signature pieces of legislation signed into law by Obama -- the Affordable Care Act and the Dodd-Frank bank reform act. According to this morning's jobs report, the healthcare sector has averaged 24,000 news jobs a month over the past year -- and accounted for almost a third of May's overall 54,000 gain. Meanwhile, Wall Street had its fourth most profitable year ever in 2010. If that's over-regulation, we need more of it!

3) Private economic forecasters, the kind of profit-minded companies that make their money by analyzing economic trends for business clients, generally agree that without Obama's stimulus spending, unemployment would be higher.

We could raise other issues. We could ask: What changed between May and the previous six months in which job growth was relatively strong? But that would require examining actual facts about what is going on the world, like Japan's recession or high gas prices or declining government spending, particularly at the state level.

I know, I know, it's not worth getting agitated when Washington politicians of either party spout blatant misrepresentations of reality. But as we accelerate towards a debt ceiling budget deal that is virtually guaranteed to accelerate negative economic trends, it does matter what House Republicans say, because it gives us a pretty darn good idea of what they're going do.

How The World Works The Republican Takeover Unemployment U.s. Economy