All were in Germany in May; three are now hospitalized with a kidney complication 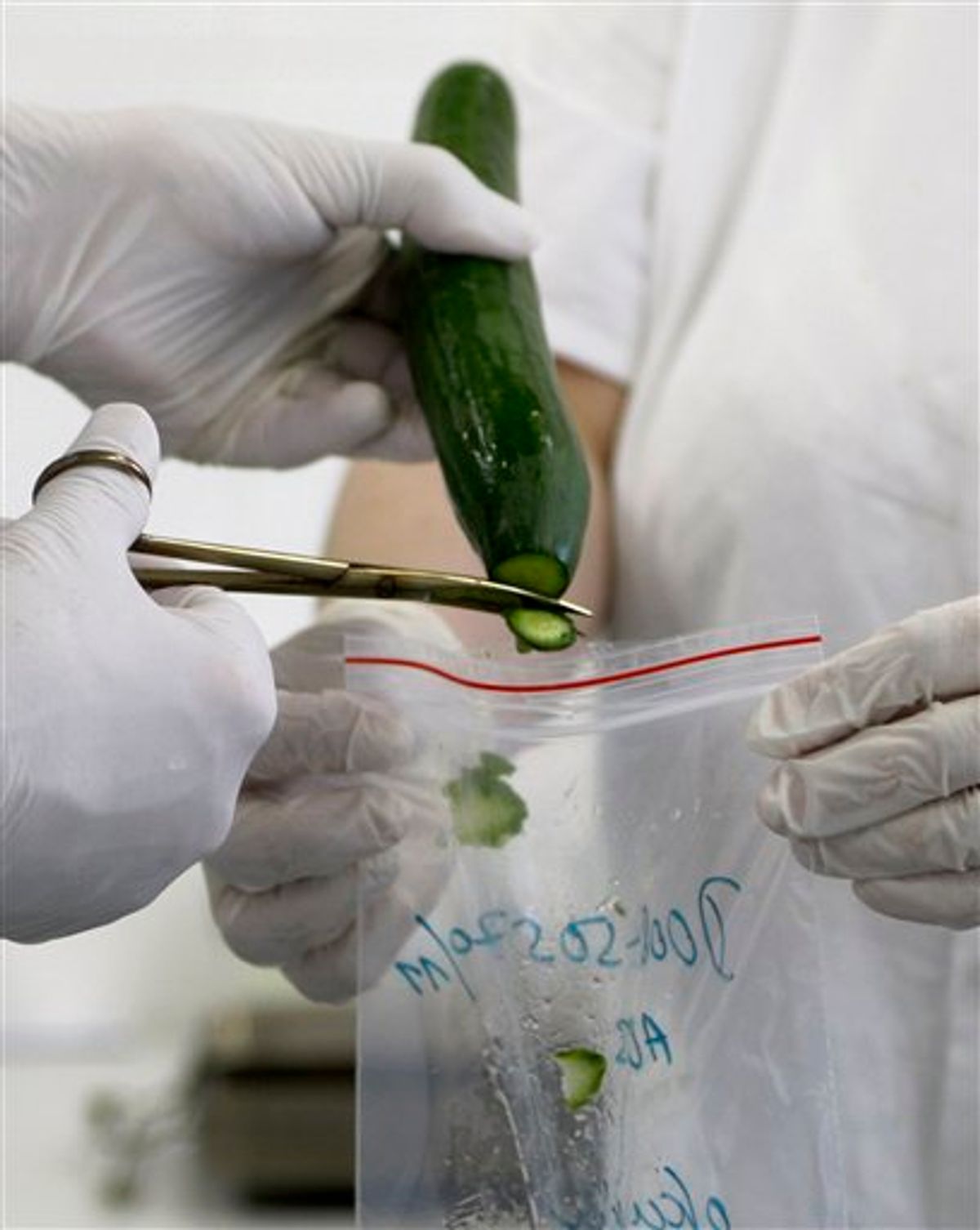 Chief of the laboratory in research into the Escherichia Coli bacterium at the Brno research institute Pavel Alexa, left, and his assistant Gabriela Glocknerova, right, take samples from a cucumber for a molecular biological test in Brno, Czech Republic, Wednesday, June 1, 2011. The ongoing outbreak of E. coli has claimed 16 people and around 1500 infected across Europe. The laboratory is testing the vegetables for the Czech market. (AP Photo/Petr David Josek) (AP)
--

Health officials now say four people in the U.S. may be linked to the food poisoning outbreak in Europe.

All four were in northern Germany in May and officials are confident that they were infected with E. coli in that country. Three of them -- two women and a man -- are hospitalized with a kidney complication that has become a hallmark of the outbreak.

The source of the outbreak hasn't been pinpointed but salad vegetables are suspected.

An official from the Food and Drug Administration says produce in the U.S. remains safe. The government has stepped up testing of imported food from Germany and Spain, but very little is imported from those countries.