Why sanctions against Iran won't work 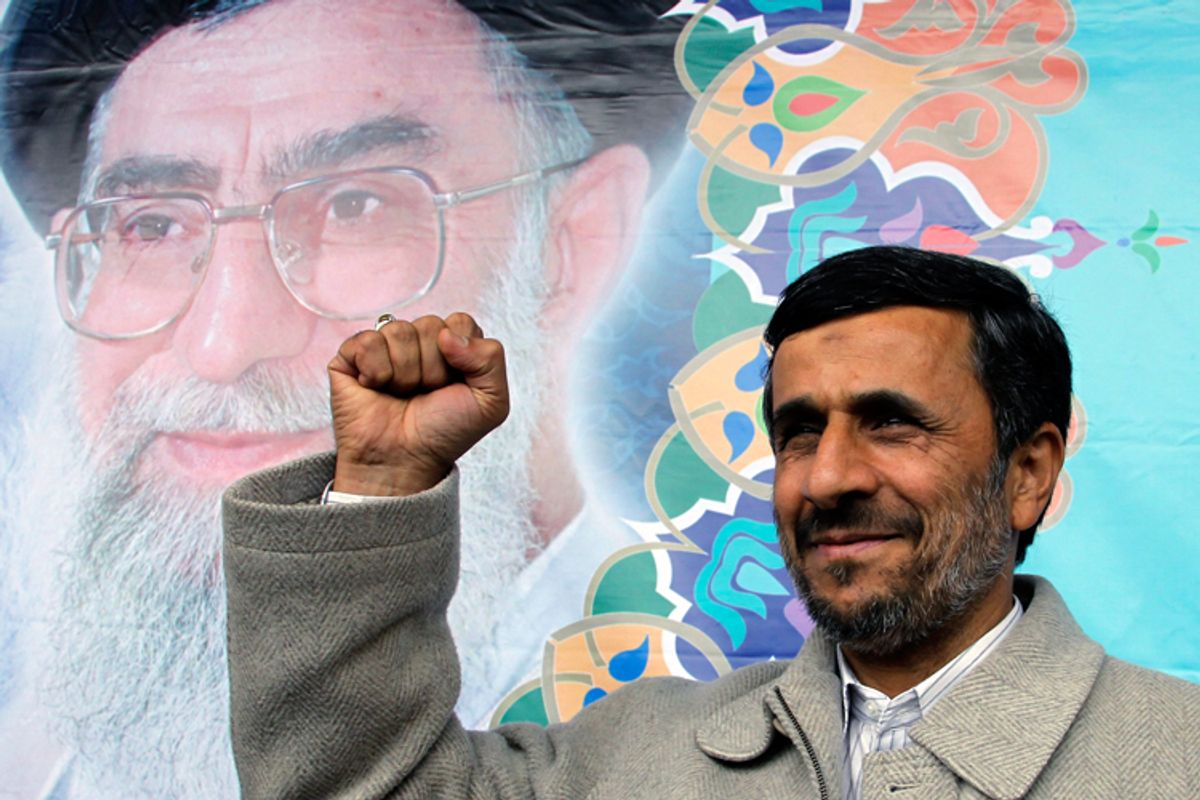 To the surprise of few, new Iran sanctions legislation was recently introduced in the House and Senate, shortly before this year's AIPAC conference commenced. In what has become a game of domestic political one-upsmanship, some members of Congress are now supporting Iran-related legislation that would effectively seek to impose an oil embargo on the Islamic Republic -- irrespective of the economic costs to the U.S. or the humanitarian costs to the Iranian people -- and reduce President Obama's waiver authority on sanctions that run counter to U.S. national interests (read: China).

Ostensibly, sanctions are devised as a multi-level (unilateral and multilateral) strategy to sharpen Iran's choices, and build tough-minded international recognition of Iran's failure to adhere to its international obligations. In practice, political constraints at home and abroad inhibit America's ability to move beyond tactics centered on sanctions, and instead toward a strategy that deconstructs the U.S.-Iran institutionalized enmity through sustained diplomacy. Sanctions are a tool that American policymakers know -- they know how to add them, change them, intensify them, push them through Congress, and negotiate them bilaterally and at the U.N. Lesser known is how Iran perceives this paradigm that seemingly traps U.S. policy. Indeed, the logic of some in Congress (and the Obama administration) regarding what sanctions can achieve is largely misguided.

For decision-makers in Tehran, the heart of the matter is how they perceive that the West will (and will not) react to its foreign policy posturing in general and the nuclear question in particular. The Iranian narrative can be summarized as follows: Former President Mohammad Khatami's détente failed, so Iran must now deal with the West from a position of strength. To that end, when Mahmoud Ahmadinejad assumed the presidency in 2005, the Islamic Republic analyzed the finite scenarios surrounding the nuclear impasse, observed the inherent limitations of sanctions as panacea and perceived a reasonable degree of strategic flexibility over the short to medium term.

It was no secret to Tehran, or anyone else for that matter, that the U.S. would spend significant political capital to transfer Iran's nuclear file from the IAEA (a technical body) to the U.N. Security Council (a political body). Iran's familiarity with the politics of the Security Council prepared it for a referral and subsequent sanctions resolution, despite its preference to the contrary. More specifically, Iranian decision-makers knew that if Russia was on board -- which was likely, given Moscow's reputation in the Security Council for setting a price and selling to the highest bidder -- China would likely follow suit.

Security Council resolutions, like all sanctions, are not negligible for Iran. But several key factors make them manageable. The Islamic Republic knows that its nuclear activities are legally permissible -- despie Western claims that Iran no longer enjoys its rights under the Nuclear Non-Proliferation Treaty because it was found in noncompliance by the IAEA. Thus, Iran perceives the West as unable to sell "crippling" sanctions based on its activities thus far, because there is no "smoking gun." With that in mind, the Iranian government views sanctions through two prisms.

Internally, both U.N.-endorsed and U.S.-led "coalition of the willing" sanctions do limit Iran's access to Western markets and technologies, and in turn decelerate economic development. Nevertheless, Iran continues its shift toward emerging powers China, Turkey, India and Brazil as trade partners. Overall, both multilateral and unilateral sanctions exacerbate an already challenging economic forecast for Tehran, which is compounded by its own mismanagement and corruption. But loopholes -- whether black-market or oil-for-food programs -- inherently allow oil-based economies (and the governments that control them) to be carried by their massive energy resources.

Externally, Tehran perceives a Western bloc that is in a bind -- none of their options are intuitively good ones, but those nations cannot afford to allow Iran to keep defying them. One the one hand, nations of the West cannot implement painful oil and gas sanctions because prices would skyrocket beyond a tolerable threshold (the idea is to hurt Iran, not themselves). On the other hand, Iranian decision-makers perceive Western powers that are legitimately worried about their reaction to sanctions: If Iran withdraws from the NPT, the West is faced with confrontation at a level that it does not have the bandwidth for, particularly at a time of widespread regional unrest.

Overall, the Islamic Republic perceives a credibility gap in the West that it repeatedly seeks to leverage. After the flawed reporting and intelligence on Iraq's alleged WMD program, Western powers will be hard-pressed to use the same arguments to push for confrontational action on Iran. For that reason, Russia and China are unlikely to support punitive measures beyond the status quo.

This is the inherent flaw in America's sanctions-based approach to Iran: Since its inception, the Islamic Republic has faced a steady stream of sanctions, isolation and conflict -- and Iranian hardliners perceive this as the environment in which they thrive. To that end, they have defied sanctions for over 30 years, take a certain pride in doing so, and are likely to continue doing both. Iran's ruling elite sees sanctions as the West resorting to a pressure-based formula that history has proved ineffective due to the lack of viable policy alternatives. This reinforces Tehran's self-perception of increasing strength, leverage and power vis-à-vis the West.

Historical precedent has shown Iran that Western powers tend to accept the status of a "regional power" when that power becomes formidable. China, India and Brazil are often cited as examples. The Islamic Republic is counting on such an eventual acceptance. The key virtue from Iran's perspective has been patience. Decision-makers in Tehran know that the cost of this strategy is high -- sanctions, isolation and conflict abound -- but they are insistent that Iran must assume the role of an accepted regional power. And if the U.S. maintains the objective of making Iran yield on the nuclear issue through pressure, Iranian strategy will continue to be predicated on patience and knowing that it can eventually achieve its status as an accepted regional power by playing the long game.

Reza Marashi is Director of Research at the National Iranian American Council (NIAC) and a former Iran Desk Officer at the U.S. Department of State.