This week we're on the fence about Rihanna's new video, Tupac in a comic book and Gwyneth's tutor qualifications 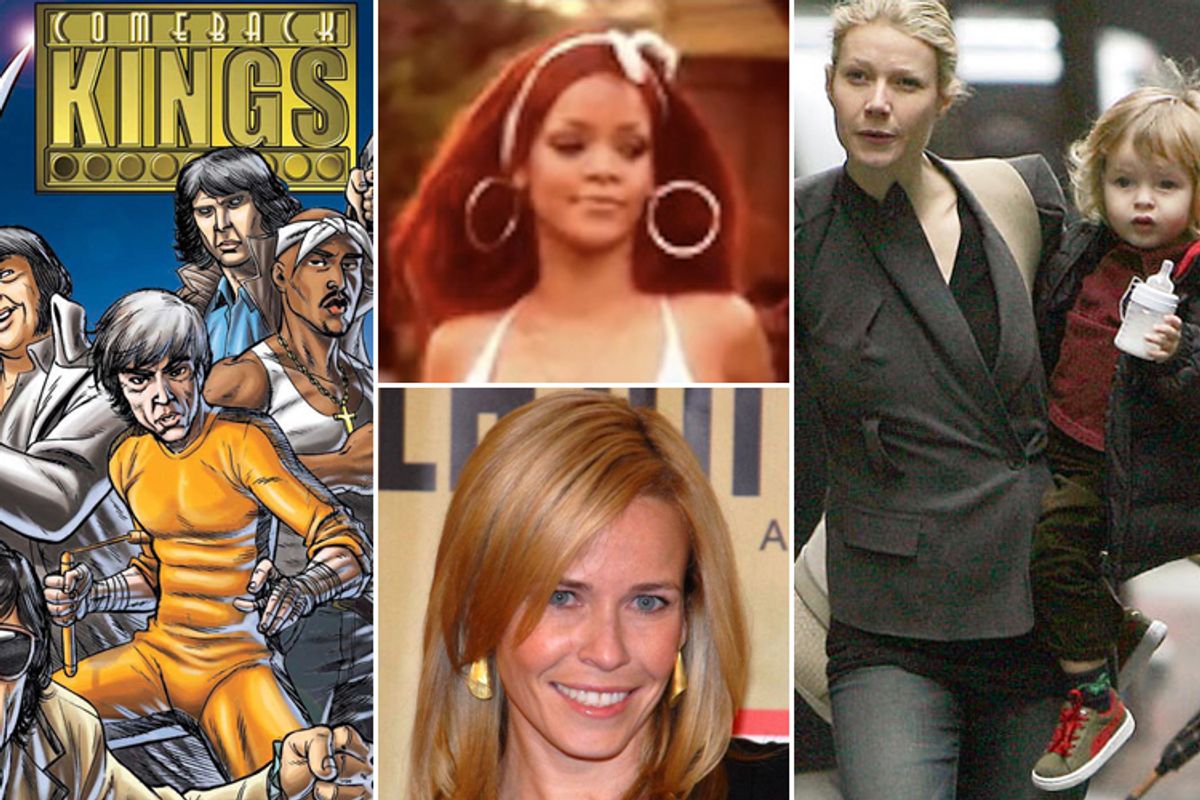 Too much weirdness for one week.
--

I was going to write a longer intro to this, but you know what? Congratulations: Here is a list of things that in no way pertain to Weinergate. You're welcome, America. Now onto the other stuff that made us all a little uncomfortable (and a little excited) this week.

1. Rihanna's "Man Down" video is causing controversy for its excessive use of violence: It's only OK when dudes shoot each other in graphic music videos. Not when ladies do it.

3. Chelsea Handler's recent interviews: Love her or hate her, the comedian is making some moves to change her public image. But into what, exactly?

4. The most inspirational speech ever: Kid rides bike for the first time, delivers best motivational address since Kennedy told us we were going to the moon.

Why aren't we this positive about stuff?

5. Sean Penn and Scarlett Johansson break up: I really saw those two crazy kids making it!

6. "Comeback Kings," a comic where Tupac, Elvis, Bruce Lee, Jim Morrison and Andy Kaufman are alive and fighting crime: Wait, what would Kaufman's specialty be? A master of disguise?

7. Coldplay's latest single, "Every Teardrop is a Waterfall":

It's like Chris Martin joined up with John Mayer and Bret Michaels for that title, and Robbie Williams for the actual song.

8. "Fear Factor" returning to NBC: Well, I guess the network needs something to scare you now that Trump's hairpiece is off the air for another season.

9. Gwyneth Paltrow is looking for a tutor with some very specific qualifications: Even Mary Poppins isn't classy enough for this family.