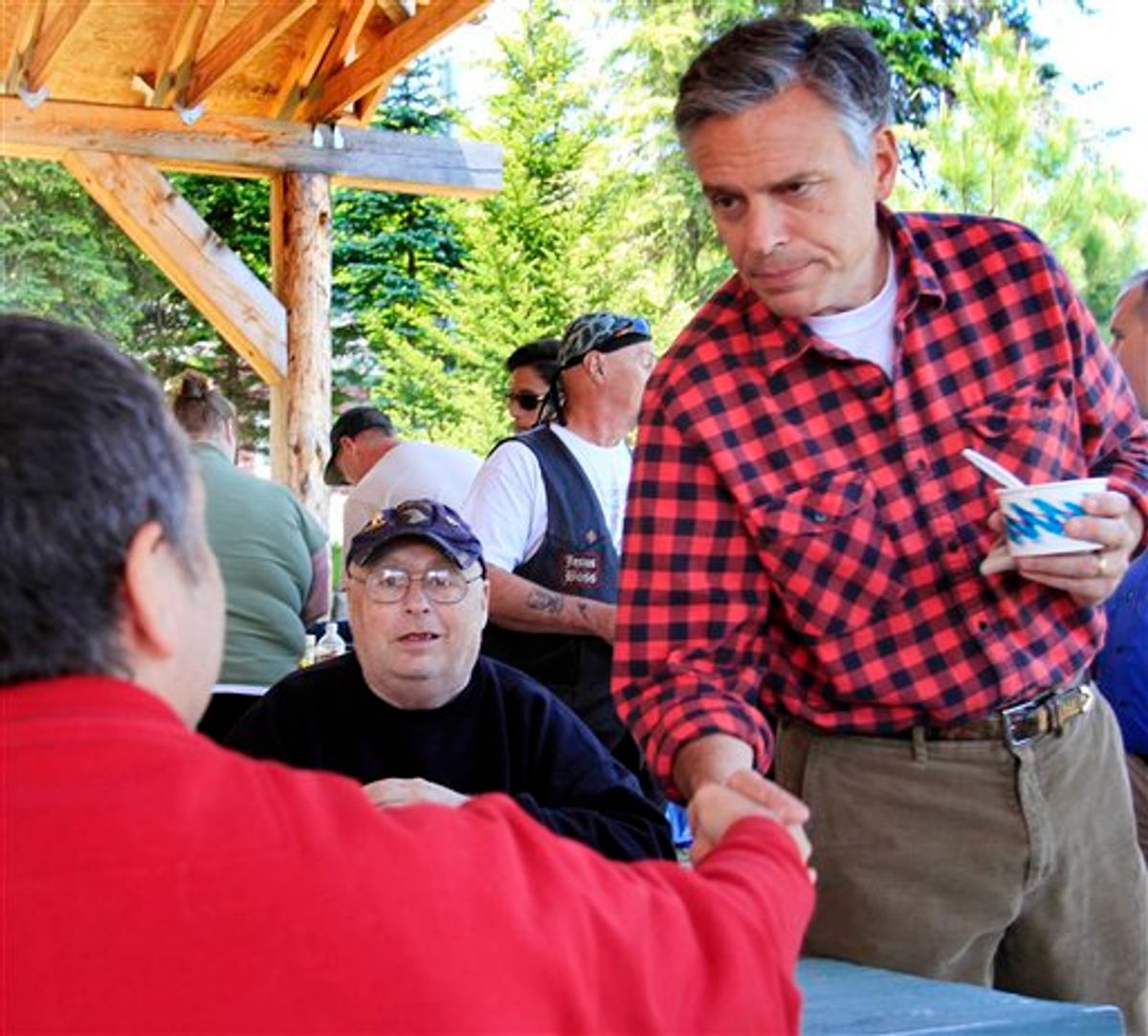 The former Utah governor and ambassador to China tells New Hampshire activists that he doesn't support subsidies for corn-based ethanol.

Huntsman says he won't waste time trying to win over Iowa voters who see support for ethanol subsidies is a way of life and a deal-breaker.

Huntsman is expected to join the GOP contest in the coming weeks and is treating New Hampshire as his launch.

He's not participating in a June 13 debate that many of his likely rivals will join.

Huntsman is in New Hampshire for a three-day swing introducing himself to voters who have the nation's first primary.