At long last, a great episode of "The Killing"

Slow, intimate and internal even by this show's standards, it was an absorbing two-character drama 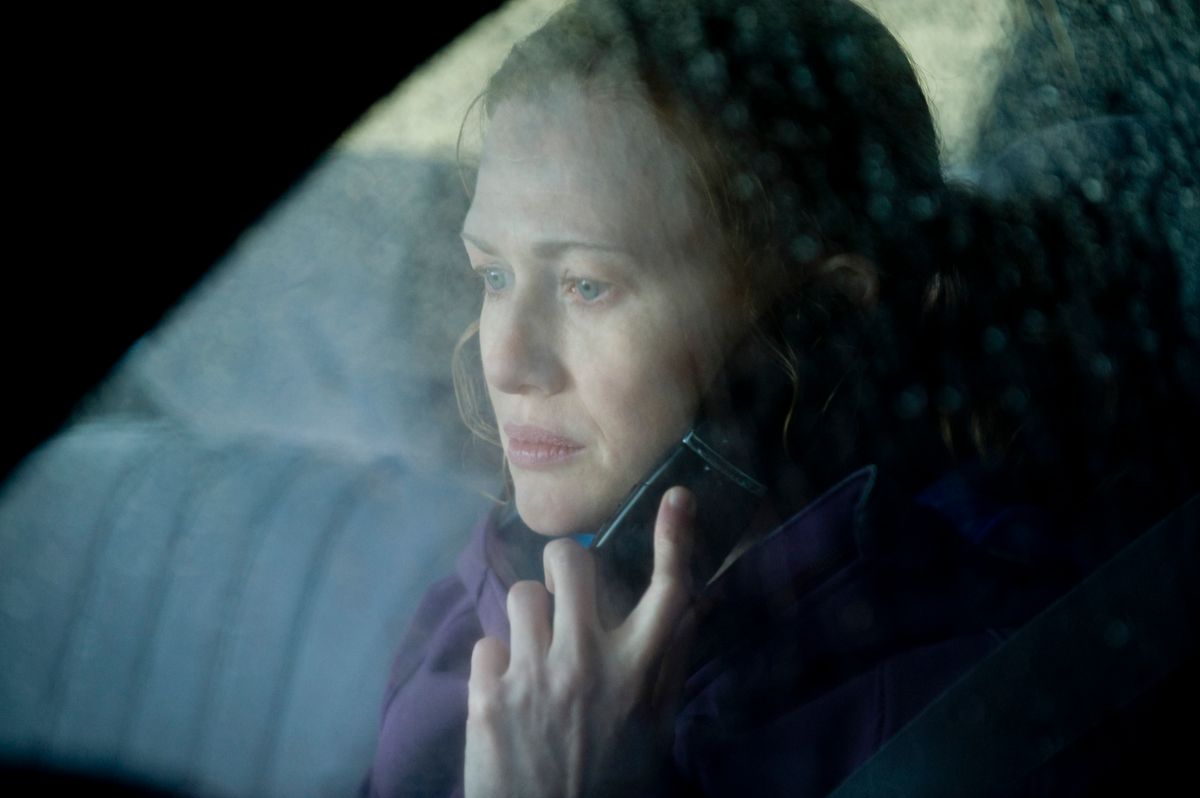 No, it wasn't the 98-yard dash to victory that this AMC show so desperately needed, but Sunday's episode of "The Killing" was still surprising, absorbing TV. Written by series executive producer Veena Sud and directed by Nicole Kassell, it was built around the disappearance of one of the lead characters' children and was mostly removed from the show's larger story (or so it seemed). It felt very European -- or very U.S. pay cable -- in the way that it concentrated on minute details of human interaction while putting the main story on the back burner.

At a couple of points it gave me flashbacks to watching late-season episodes of "The Sopranos" -- the kind of installments where five or six potentially explosive plotlines were percolating and there were just a couple of episodes left to go on the season, but the show stubbornly decided to just pause everything and wander down the primrose path and meditate for a while on this or that tangential subplot, prompting viewers to grumble among themselves that they were being abused and mistreated and otherwise taken for granted. (I love it when I expect a show to zig and it zags instead, denying me whatever it was that I wanted when I tuned in that week. Does that make me a masochist?)

Considering that Season 1 of "The Killing" has just a couple more episodes to go, this was a bold choice. Between the seemingly off-center nature of the script and all the chit-chat between detectives Linden (Mireille Enos) and Holder (Joel Kinnaman) about parental responsibility and mistakes, it made me think that in its home stretch, at least, maybe this series does know where it's going (or finally figured it out). Maybe its endpoint will bring everything back around to the relationship between Rosie Larsen and her immediate family, and confirm that what's important here isn't who killed Rosie, but why she was trying to get away from her family, or escape their influence, or establish some other, secret identity -- and how Rosie's estrangement illuminates the other characters' problems, if in fact it does.

It seems important  (and not accidental) that both Linden and Holder are estranged from their parents and from their present-day families. Kudos to Holder for pointing out that by fleeing her boyfriend and their new future and instead working obsessively on a murder case, Linden is in some sense running away, like the grown-up, maternal version of a troubled kid fleeing an  unpleasant home life. (Holder may be a smelly, showboating ex-junkie, but he is not without insight.)

I still don't have a solid bead on whodunit, and at this point I don't care. There have been too many blind alleys that felt as though the show was just finding elaborate ways to fill up 13 episodes. And the series' inability to give us a sense of who Rosie was is disappointing.

But man, did I love the atmosphere in this episode -- rain, rain everywhere, even more than usual. And the central performances by Enos and Kinnaman were dark horse candidates for best-in-show. Enos made Linden's imploding depression and rage comprehensible and transparent, at long last. And I thought the scene between her and Holder in the diner (the younger detective revealing the details of how he got hooked on meth) was superb. The performances were spot on, and I loved the framing, too -- the two detectives pushed to the bottom of the screen; the horizontal lines of venetian blinds looming over them, and seeming to squash them down.

Of course there were tone-deaf or flat-out stupid touches; there always are on "The Killing." For instance, I really could have done without that early confrontation between Linden and the casino managers, who were pointlessly snotty and dismissive straw men (er, women).  But all in all I thought this was a terrific episode -- intelligent, life-size, and admirable in its determination to concentrate on the interior life of its characters, which is something even the most confident TV dramas rarely have the nerve to do.