The final version of the hip-hop epic includes a lot of dead women piled up. Is it art just because we're told so? 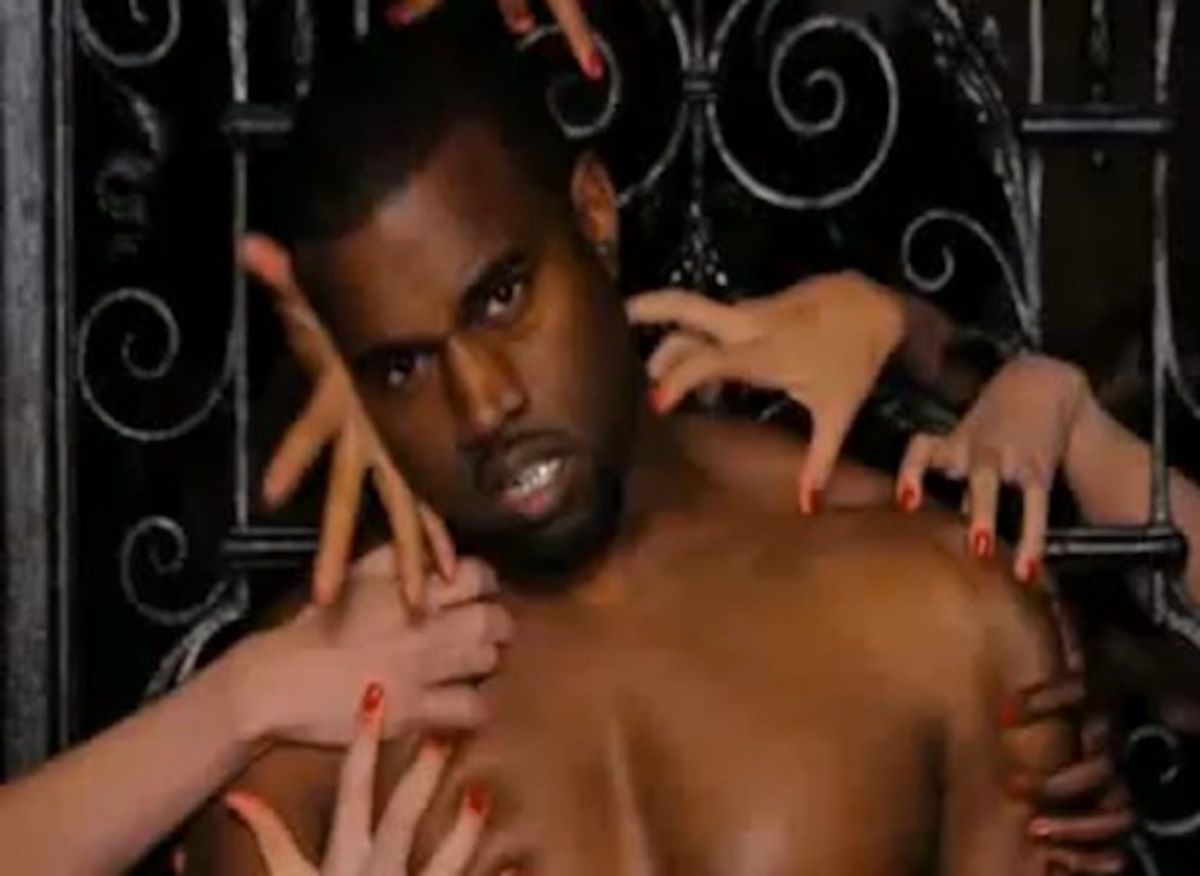 Kanye absolves himself for dead model imagery in "Monster."
--

Back in December, a video leaked of Kanye West's "Monster," featuring Jay-Z, Nicki Minaj and Rick Ross. Today, the video has "officially" come out, though the only thing that's changed is the inclusion of a dubious warning label.

Websites like the Huffington Post are reporting that a disclaimer at the beginning of "Monster" reads, "The following content is in no way misogynistic or negative towards any groups of people. It is an art piece and shall be taken as such." I don't see that disclaimer anywhere in the 5-minute official video, but even if there is one, does it make any difference? The theme of the "Monster" video is "dead models": There they are hanging by nooses, getting rearranged in bed by Kanye, stuffed in between cushions, getting stepped over by Jay-Z. It's like something Patrick Bateman might have been into, and when you use such powerful imagery throughout your music video, you don't get a pass just because "it's a work of art." You still need to explain why you chose these images, what cultural significance they have, or what they symbolize. Just saying, "It's art," and then showing a bunch of dead women is a cheap way to cop out of the claims of misogyny.

If "Monster" speaks to hip-hop's history of objectifying women by taking it to its illogical extreme, then that should be Kanye's official statement. Or Kanye should have enough faith in his viewers that they would understand the video's commentary without being told that it's not misogynistic. But what worries me is that there is no statement behind these images: that they are meant only to provoke and sensationalize, and that Kanye thinks a magic phrase like "artistic license" suddenly absolves him of any responsibility for the piece.

Here is "Monster," in its NSFW glory:

Do you think having a disclaimer on this piece helps explain some of the imagery?