Rick Perry to America: Pray to Jesus, or else! 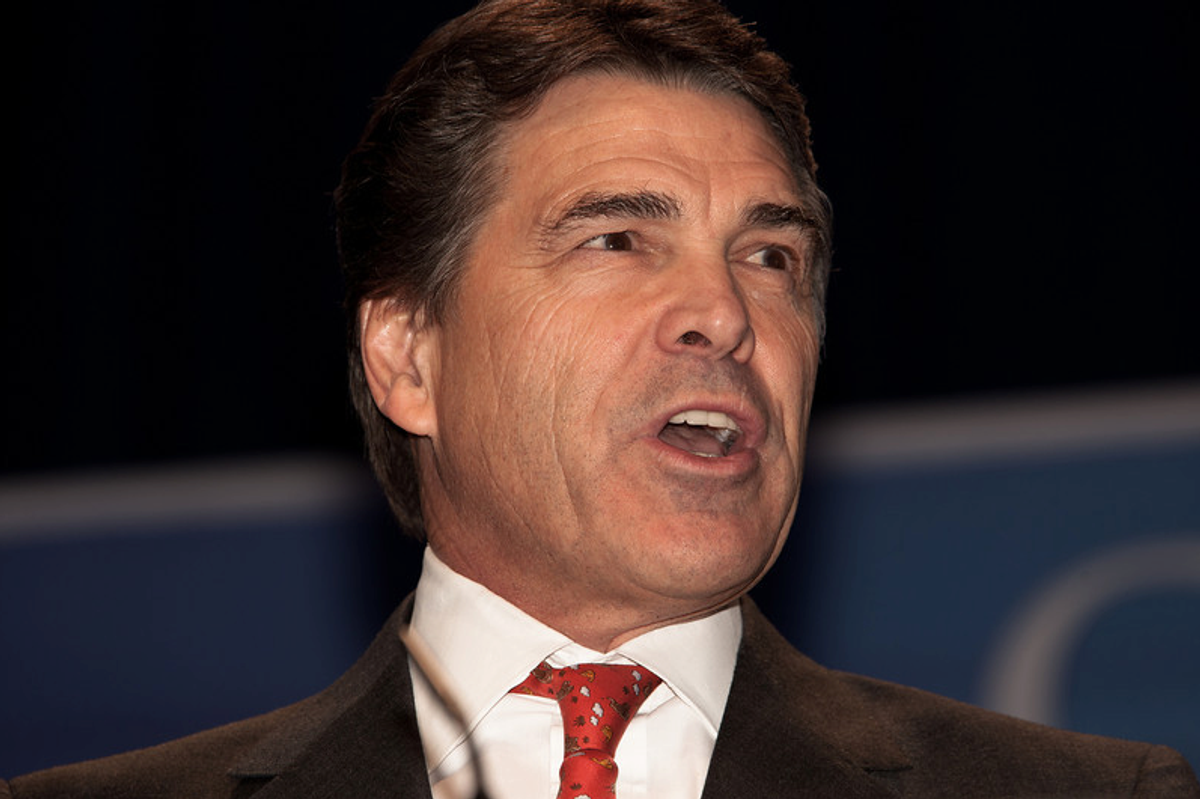 Gov. Rick Perry raised some eyebrows recently when he officially declared three "Days of Prayer for Rain in the State of Texas," which has been plagued by drought.

But now Perry, these days a pundit-approved Possible Presidential Contender, is taking his advocacy for public prayer a step further -- and in a distinctly non-inclusive direction.

Perry is the man behind a new conservative Christian event called "The Response: A call to prayer for a nation in crisis." It is a day of prayer and fasting to be held at Reliant Stadium in Houston in August. Says Perry in a letter on the front page of the event's website:

"Right now, America is in crisis: we have been besieged by financial debt, terrorism, and a multitude of natural disasters. As a nation, we must come together and call upon Jesus to guide us through unprecedented struggles, and thank Him for the blessings of freedom we so richly enjoy."

Perry adds that "there is hope for America ... and we will find it on our knees."

I've reached out to Perry's spokesman to ask what the governor would say to those Americans who are not comfortable with his exhortation that they pray to Jesus, and I'll update this post if I hear back.

So who else will be at The Response?

"Governor Rick Perry has invited all US governors as well as many other national Christian and political leaders," according to the event's website. "People of all ages, races, backgrounds and Christian denominations will be in attendance to proclaim Jesus as Savior and pray for America."

The Response is being organized at Perry's request by the American Family Association, a group that regular readers will recognize from our past coverage of a top AFA official's history of openly bigoted anti-Muslim rhetoric.

Here's the promotional video for The Response: