Why is the letter "V" violet? 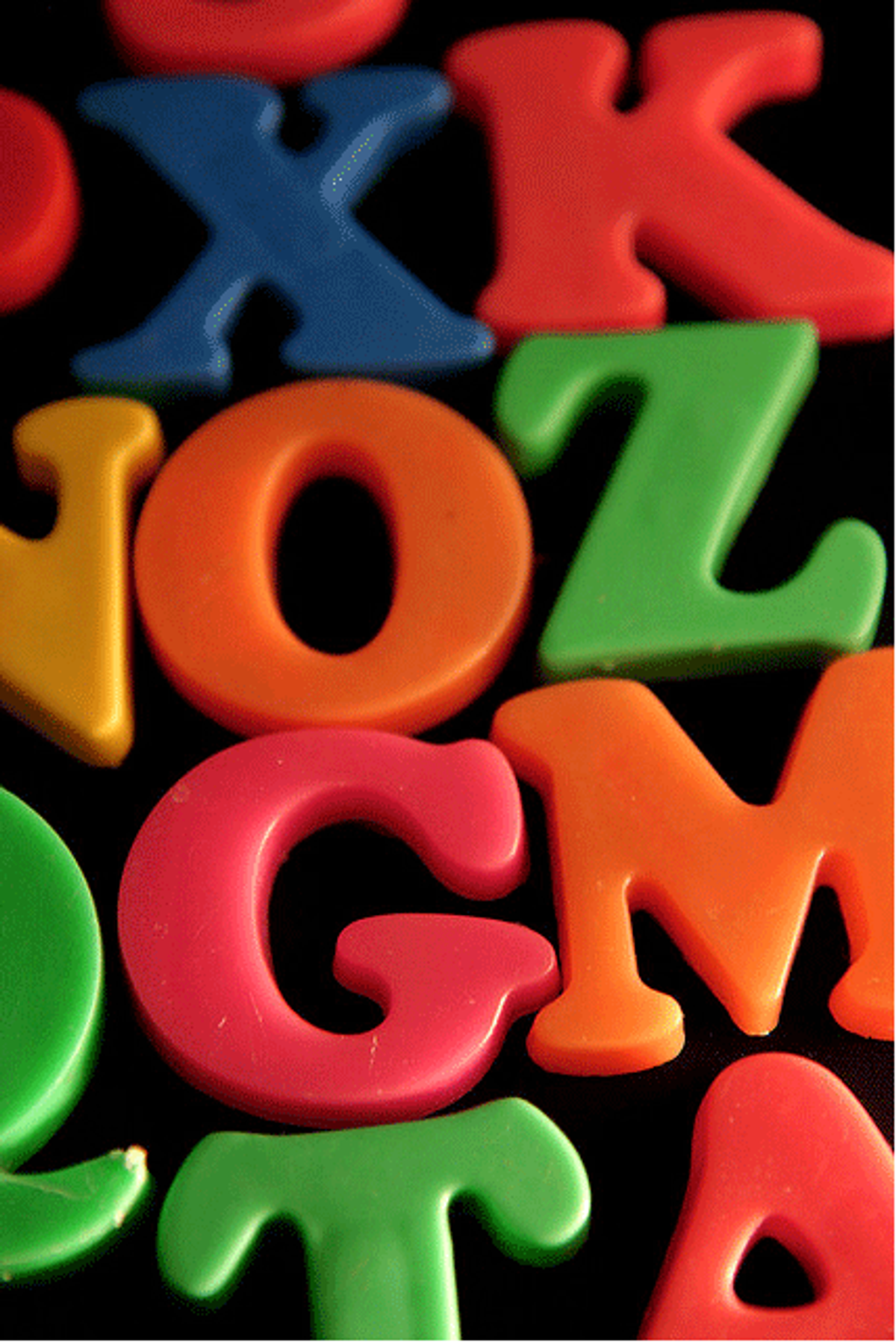 Welcome to part 2 of my series on synesthesia, a harmless quirk in some brains -- mine included -- where one "sees" colors associated with letters, numbers, tastes, or sounds. Post 1 introduced what synesthesia is. Today we dig into a hot-topic among scientists in recent years: is synesthesia useful to those who have it? What can studying it yield?

Before the meat-and-potatoes of science, I'll start you off with a gorgeous amuse-bouche. (Don't worry: the science part is more like wild steak tartare or Japanese uni than any humdrum fare.) I heartily enjoyed the Synesthesia video by Future Shorts (found via Motherboard and pictured above), but its goal isn't so much to depict real synesthesia as to riff creatively on the idea.

For a decent grounding on the basic science behind synesthesia, try Synesthesia directed by Jonathan Fowler (found via BoingBoingVideo and pictured below).

Synesthesia is indeed a low-fi groove, and its creative uses are legion -- also exaggerated by envious non-synesthetes. But is synesthesia helpful as more than a parlor-trick? The scientific tidbits I've collected suggest the answer is yes. (Actual Scientists! I invite you to correct the following facts.)

It's a crackerjack memory aid (or obstacle). I can attest to this personally. I'm an excellent speller and phone-number-rememberer, thanks to my grapheme (letter and number) synesthesia. If the colors of a given word seem "off", it's a dead giveaway that the word is misspelled.

Paradoxically, this trick cuts both ways. Often I mis-remember a name or transpose numbers due to their similar color profiles. You wouldn't mix up the names "Brandan" and "Nathan" easily, would you? I would, because the preponderance of colors -- a wash of sandy golden browns in the T, N, and B, with dots of cherry-red in the A's -- are too similar to me.

It's a window into brain cognition and perception. Here we hit more scientific paydirt. Synesthesia is one of those rare cognitive phenomena that's both exhibited by healthy people (but not all of them) and can be easily communicated to scientists. (It's surprisingly difficult to fake with the right perceptive tests, too.) Studying synesthesia allows neuroscientists to explore crannies like brain processing, cross-modal perception, sensory and linguistic functions, and others. In fact, the pickings are so rich, the neuroscientific journal Cortex devoted an entire issue in 2006 to synesthesia.

It's hard to cram in all the fascinating science surrounding this, so I'll share only two items. I was riveted by a 2005 article in Cognitive Neuropsychology that grappled with a big-picture question I've always wondered about: how did that color get matched to this letter or number? Is there any agreement between synesthetes as to the "right" colors of the alphabet? In my experience, that would be a hot-headed no, but these amazing scientists suggest otherwise.

The article's basic findings jibe with my native suspicions: for example, that the first letter of any color-word tends to take on that color. Native English speakers in the study tended to see the letter Y as yellow, while native German speakers associated G most firmly with yellow -- not surprising, since the word for yellow in German is "gelb." The same held true for V and L (violet or "lila" in German).

It gets juicier: Less frequently used letters are often associated with exotic colors, whereas the workaday letters are matched to more "standard" color. Since my B is rich basic brown and J is a silvery green-blue, I couldn't agree more.

Synesthesia development is also limited to a certain window of one's life. Having learned the English alphabet as a child, I'm firmly synesthetic for those letters. While I minored in Japanese in college, the letters of their "hiragana" alphabet did not take on any colors for me.

Synesthesia leaps off into intriguing byways too. Many synesthetes visualize time or number sequences with distinct mental maps, like this one documented in the 2009 book "Wednesday is Indigo Blue" by researcher Richard Cytowic and David Eagleman. I chose it, of course, because it's vaguely reminiscent of my own:

Now to test another pet theory of mine: I imagine lots of designers and design-fans are synesthetes. How many of you are?