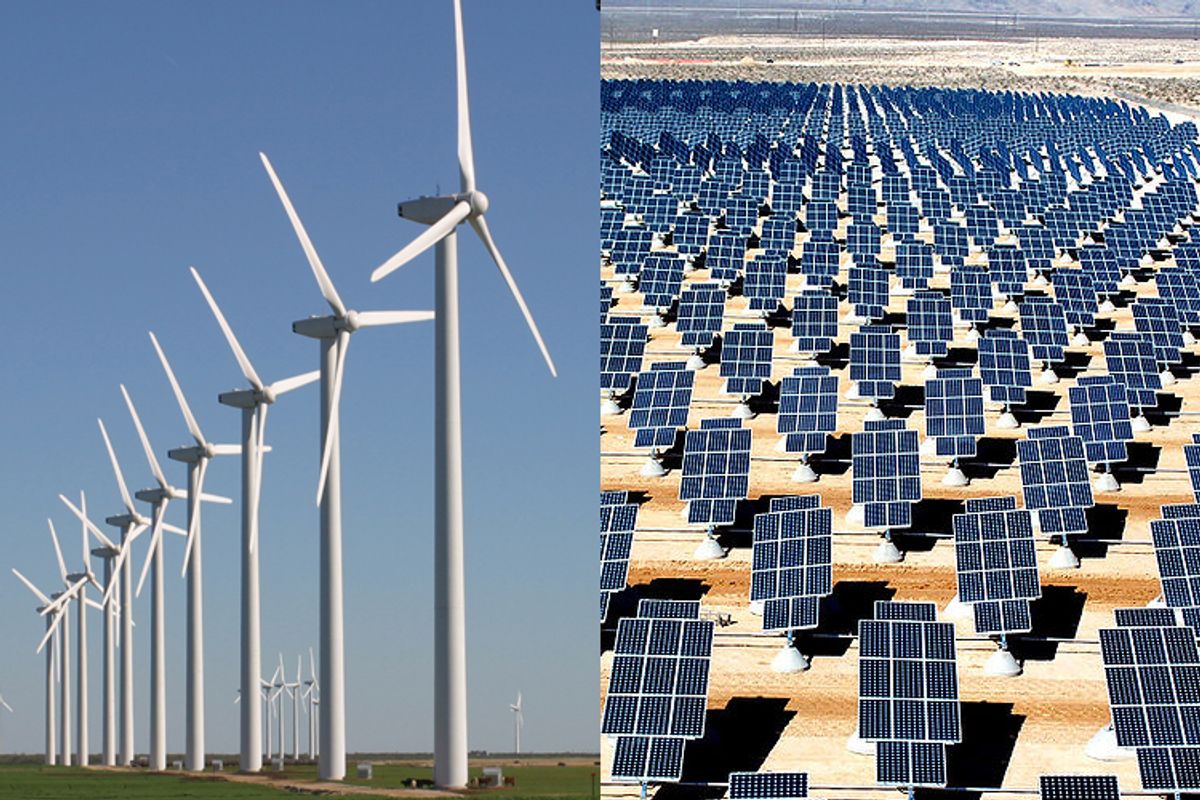 On June 2, reports the Denver Post, nine House GOP representatives signed a letter sent to the House Subcommittee on Energy and Water Development, requesting the elimination of federal funding for the National Renewable Energy Laboratory in Golden, Colorado.

The lawmakers ask that funding in the 2012 budget be eliminated for the Department of Energy's Office of Science and Office of Energy Efficiency and Renewable Energy programs because they "have failed to live up to their supposed potential."

...The letter, written by California U.S. Rep. Tom McClintock, says: "We should not follow the president's poor planning in increasing the funding for these anti-energy boondoggles."

"Anti-energy boondoggles" seems like a strange way to talk about research into wind turbines, solar power, geothermal and biofuel technologies. The most recent numbers tell us that In 2010, China poured a record $54.4 billion of private and public money in clean energy sector investment, ranking it number one, by a large margin, in the world. Is China anti-energy?

Then again, McClintock, who represents one of California's most conservative congressional districts, is a fairly standard exemplar of contemporary Tea Party Republicanism. In that universe, it's really not a shock to see research that might improve solar panel or wind turbine efficiency described as a boondoggle.

What is surprising are the lame rejoinders to the GOP attack included in the Denver Post article.

Democratic U.S. Rep. Ed Perlmutter, who represents the district in which the national lab is located, has said the facility generates 5,500 jobs.

"NREL is a crown jewel in the world of renewable energy," said Leslie Oliver, a spokeswoman for Perlmutter. "It's providing a lot of jobs; those are things we need to be fostering."

According to an analysis by the University of Colorado, the lab provides a $714 million annual boost to the state's economy.

Jobs in the clean energy sector are important and should be encouraged. But why not defend the basic principle that research and development of advanced clean energy technologies are a vital national interest? Federal funding boosted the development of the semiconductor and the creation of the Internet. The proper response to an attack on funding for research and development into renewable energy technology is to talk about the science.

NREL doesn't make this easy. After digging around on the the lab's website, I followed a link to "Success Stories" from a section devoted to "Commercialization and Technology Transfer" and discovered two unimpressive press releases. If that's all that's going on, maybe funding should be cut. But if you keep looking, you can find information on improvements in wind turbine design that have been incorporated into GE's windmills. You can learn about the creation of a new scanning optical microscope that helps scientists understand how silicon impurities affect solar panel efficiency.

Maybe NREL hasn't hit a home run yet, the kind of thing that will change history, like the Internet or the atomic bomb. But that's really an argument for more funding, for more research, for hiring more scientists to work on the hard problems -- and not less. China understands this, Germany understands this, and Steven Chu, the secretary of energy who has steered hundreds of millions of stimulus dollars into renewable research, certainly understands this. But if Tom McClintock has his way, China will own the cutting edge of renewable energy, while the U.S. wonders how it lost the race.