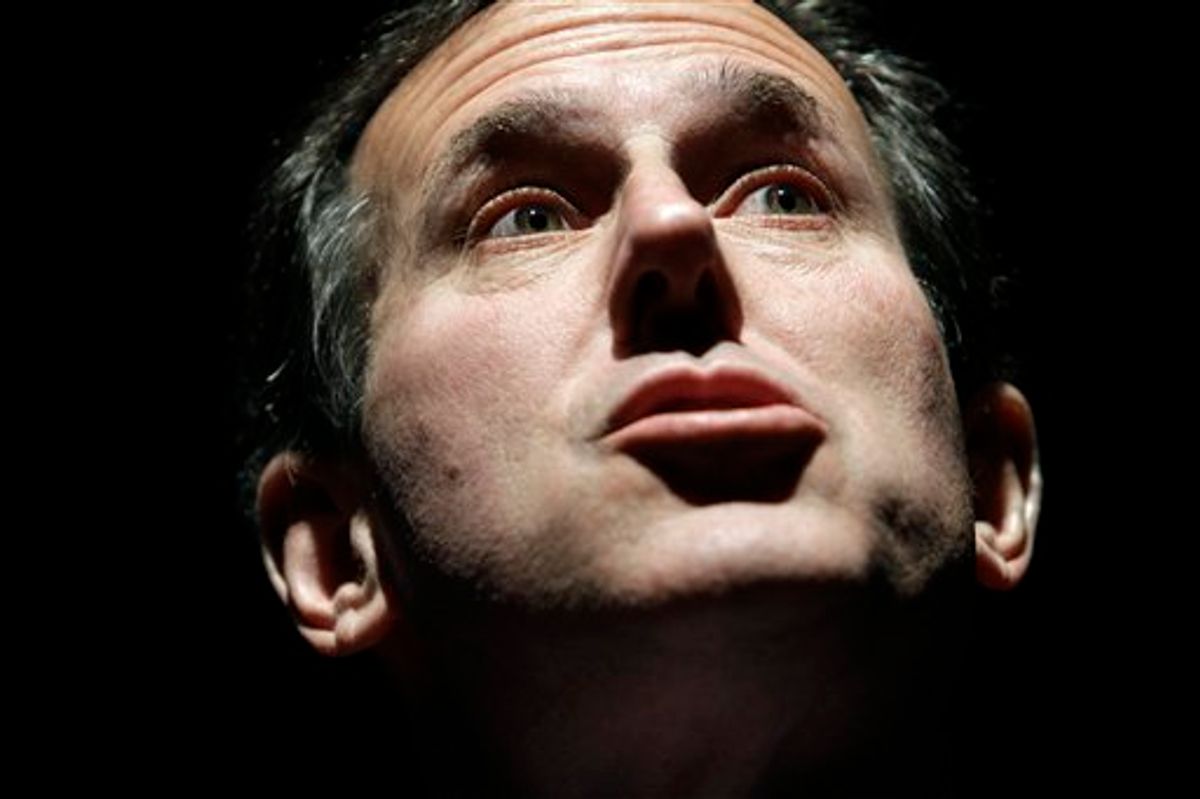 Former Pennsylvania Senator Rick Santorum speaks during a Presidential Lecture Series sponsored by The Family Leader, Monday, May 2, 2011, at Pella Christian High School in Pella, Iowa. Santorum is making his 13th visit to Iowa, the most of any Republican weighing a 2012 bid. Iowa's presidential precinct caucuses are expected to begin the GOP nominating sequence in February. (AP Photo/Charlie Neibergall) (AP)
--

Appearing on ABC's "Good Morning America" Monday morning, Santorum said, "We're in it to win it."

The former No. 3 Republican in the Senate, Santorum has been a favorite among the GOP's anti-abortion rights bloc and has been identified with a number of causes embraced by social conservatives.

In his network interview, Santorum appeared in front of a banner-draped setting in Somerset, Pa., where he will make the formal announcement later Monday. Santorum used his brief appearance to criticize President Barack Obama's foreign policy, saying among other things he believes Obama has gone too easy on Iran, which is suspected of trying to obtain nuclear weapons.

Former Pennsylvania Sen. Rick Santorum was set to announce on Monday what has been expected for months: He is running for president.

Santorum, the former No. 3 Republican in the U.S. Senate and a favorite among his party's anti-abortion rights bloc, planned to make official his White House aspirations from the western Pennsylvania coal fields where his Italian immigrant grandfather worked. He has already hired a small staff and has made frequent visits to early voting states New Hampshire, Iowa and South Carolina.

The blunt-talking conservative lacks the name recognition and fundraising organization of his better-known rivals, but the two-term senator's advisers are counting on social conservatives who have huge sway in some early nominating states and have yet to settle on a favorite candidate.

Santorum, a lawyer by training, had been laying the groundwork for a presidential bid when he lost a bruising re-election bid to the Senate in 2006. His opposition to abortion, gay marriage and embryonic stem cell research makes him an appealing candidate for conservatives. But his sometimes abrasive style alienated voters in Democratic-leaning Pennsylvania, and they replaced him with Bob Casey, an anti-abortion Democrat.

Santorum's policy positions align with national conservatives who now are looking at many of the expected candidates with skepticism.

Santorum, 52, has his own hurdles to overcome: He has been out of elective office since 2007 and lacks the robust fundraising or personal wealth of his likely rivals.

Earlier this year, he established a presidential exploratory committee to start raising money and joined the first -- though ill-attended -- Republican presidential debate in South Carolina. He is expected at next Monday's debate in New Hampshire, which is likely to include more of the expected field.