Anthony Weiner: What the hell was that? 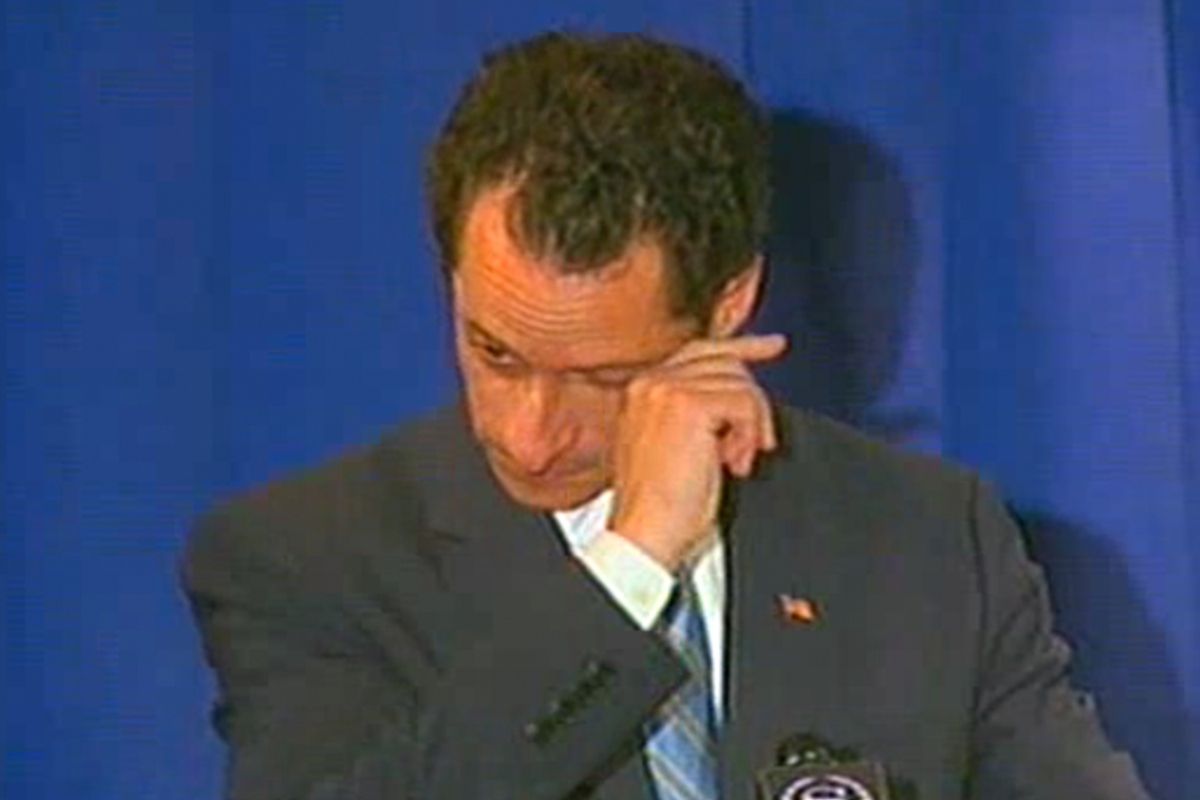 Anthony Weiner at a press conference on Monday.
--

As I always say, never trust anything you see on an Andrew Breitbart-published site until it's confirmed by a third party. And ... Anthony Weiner helpfully confirmed that BigGovernment.com has been mostly right about him, in a bizarre press conference late this afternoon. Long story short, despite the fact that it seemed exceedingly unlikely that the congressman was sending dirty pictures of himself to random women he only knew via Twitter, that is, apparently, a thing he enjoys doing. It is a thing he has done with "around six women," none of whom he met in person, both before and during his marriage.

And who am I to judge? (I am a blogger.) If Anthony Weiner is cybersexing and phone-sexing with women across the nation, that is his god-given right as an American.

The press conference itself was a perfectly insane cap to a week of increasingly bizarre stories. It began when Breitbart ... crashed it, and yelled about Salon.com and Joan Walsh for a while. Why was he there and who allowed him to speak? Does Weiner even have a staff, anymore? (Andrew: You will get no apology from us -- or from me at least! -- because sometimes even complete frauds get lucky. I don't apologize to Glenn Beck the twice a year he's right about something, either.) It ended with someone from Howard Stern's show asking Weiner if he was "fully erect" as the weepy congressman exited the room. In the middle, Weiner cried, said he was stupid, and admitted he lied. As Choire Sicha noted, his wife was nowhere to be seen.

Honestly, I would not have been that surprised to learn that Weiner was sleeping with people who weren't his wife, but sending pictures via the Internets is just very stupid, as he seemed to understand. But it's always been obvious that Weiner loves attention, and loves being loved, and loves being a celebrity who is looked upon as one of the few Good Democrats in the progressive blogosphere, because he shouts at Republicans on MSNBC. And he apparently reveled in the attention he got from his liberal hero status, to an unseemly degree.

"This was me doing a dumb thing, doing it repeatedly, and then lying about it." That is a sort of perfect statement, actually, that other politicians should consider writing down, but it won't help Weiner get his old life -- his apparently sad life of being a TV star with a series of Internet pseudo-girlfriends -- back.

Nancy Pelosi and the Democratic leadership will now call for ethics investigations, because they are already pissed at Weiner for distracting everyone from the official Democratic Message (the GOP wants to steal your Medicares). But there was not really any obvious wrongdoing here, except to his poor wife.

Weiner has decided not to resign, because the stupid things he did have no bearing on his job performance (which isn't that impressive anyway, but that's another story). Will he now pull a Ted Kennedy, and eventually grow from a callow celebrity lawmaker with a checkered past into a hardworking master of policy? Probably not, no, but that would be a nice surprise, 20 years from now.