So what does Anthony Weiner do now?

As humiliating as it is, he can probably survive today's photo release. But will he even want to? 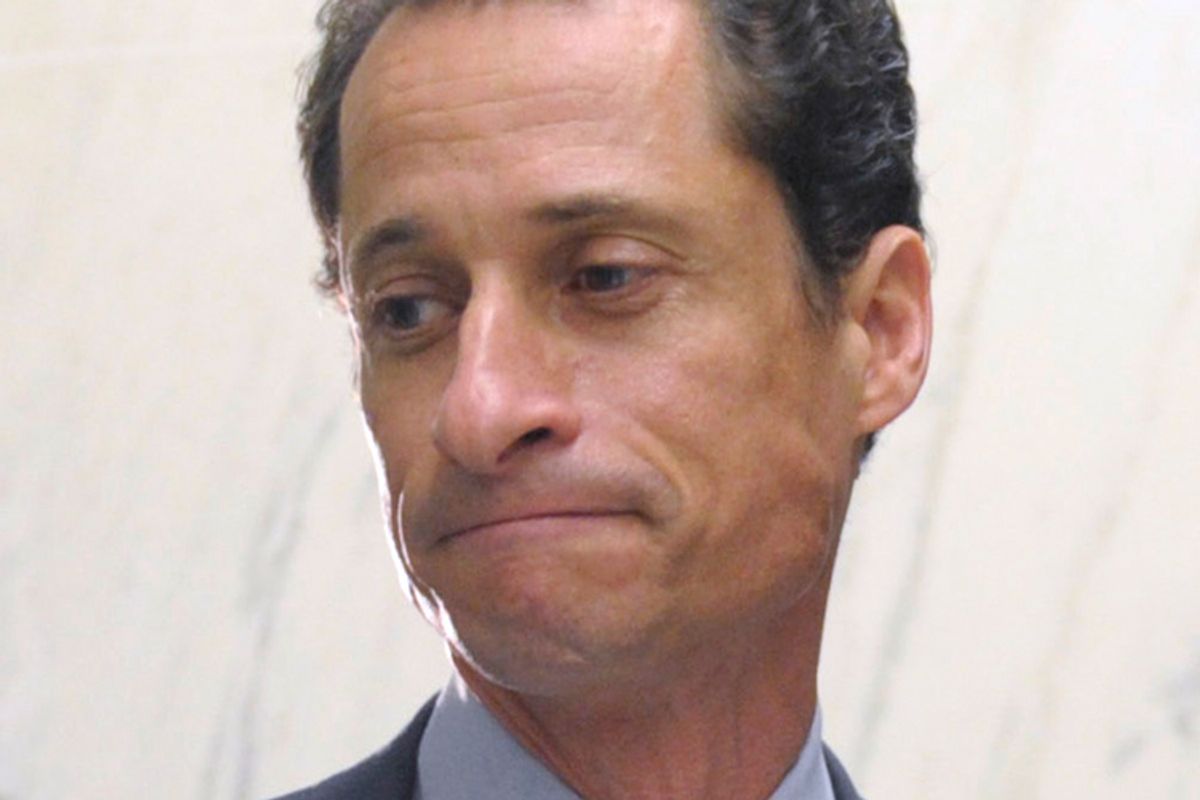 There's a school of thought that it's a mistake for a politician caught in a sex scandal to resign. Sure, life is hell for a few days -- or even for a few weeks -- and it seems like the media will never stop covering you, but then ... they eventually do. The scandal doesn't exactly disappear, but other stories and other controversies slowly overtake it until it starts to feel like old news. Eliot Spitzer and David Vitter were essentially guilty of the same thing, but only one of them resigned on the spot. The other was reelected -- with ease -- three years later.

Thus, you could make a strong argument that Anthony Weiner ought to resist any impulse to give up his congressional seat now that embarrassing photos he took of himself and apparently sent to women online have emerged. After all, he could probably win reelection to his seat representing New York's 9th District next year (unless it is carved up in redistricting, as some suspect it will be) and well into the future, even after this.

But you could also make a strong argument that he should -- and very possibly will -- pack it in. Consider that Weiner has really only been using his congressional seat for two reasons: 1) to position himself to run for mayor of New York City; and 2) to play the role of wisecracking, Republican-bashing cable news all-star. (Reason No. 2 is related to Reason No. 1 -- Weiner's decision to exploit cable news was part of his effort to expand his outer-borough base in New York to include liberals in Manhattan and Brownstone Brooklyn.) And now, he can't do either of those things.

The 2013 mayor's race is almost certainly out now. Before this scandal, Weiner was running at or near the top of the Democratic pack, and his prospects of succeeding Michael Bloomberg seemed to be improving by the week. By he was hardly an overwhelming front-runner, and New York Democrats have plenty of other options. This situation is not analogous to Vitter's in Louisiana last year, when the senator was running for reelection. The New York media -- and the two daily tabloids in particular -- will not let this scandal, and these pictures, go if Weiner were to run for mayor. It's hard to imagine he'd bring this abuse on himself -- especially since his chances of actually winning would not be good.

Nor can he go back, for the foreseeable future, to his outspoken cable news antics. On MSNBC and other outlets, Weiner played a somewhat holier-than-thou liberal, a representative of the "fighting wing" of his party who spoke with what many activists felt was unusual clarity. He won't be able to pull this off anymore.

In other words, if he were to stay in Congress, Weiner would have to keep quiet and not run for mayor. Which would make him an incredibly bored man, since he's never actually put much effort into his congressional work. This is why so many of his fellow Democrats on Capitol Hill and in New York have long viewed him with disdain: He's an ultra-ambitious showman with a knack for generating publicity but little interest in the nuts-and-bolts work that comes with serving in Congress.

He was elected in 1998 and spent his first decade in the House positioning himself for a mayoral run, which he finally launched in 2005. After he did unexpectedly well in that race, he immediately began running for 2009, only to back out when Bloomberg changed the city's term limits law and sought a third term. It was at that point that Weiner discovered cable news, where he's since racked up hundreds of appearances. The role was perfect for him: It catered to his performer's instincts, helped expand his political base (he had not been a favorite of liberals in New York during his '05 campaign), and didn't require him to be a significant player in Congress.

If Weiner stays now, he'll have no choice but to reinvent himself as a very different kind of congressman than the one we've seen for 13 years.