More specifically, dachshunds. Because they're weiner dogs. Get it? 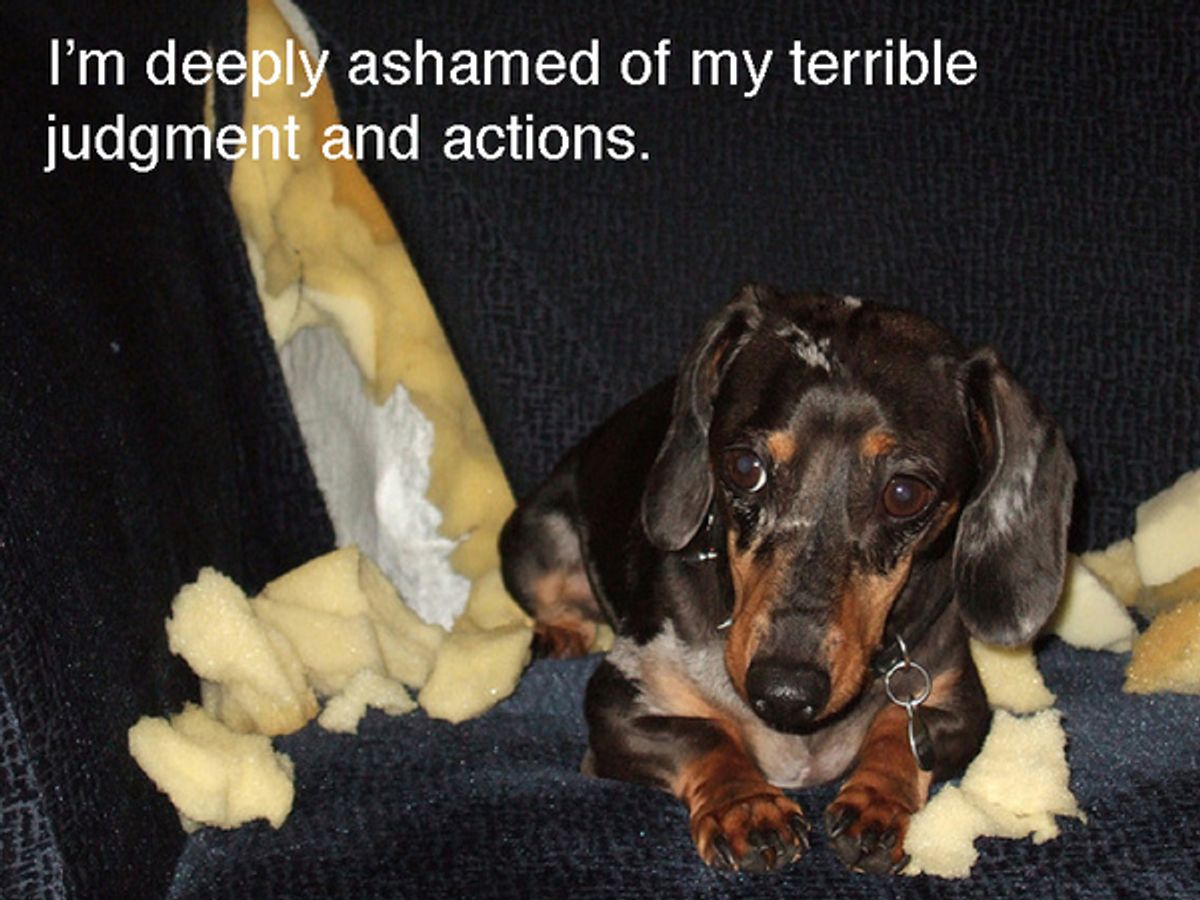 How could you stay mad at a face like this?
--

With all this Weinergate stuff going on yesterday, it's easy to look past what's important: that this entire debacle took place on the Internet. The Internet! Just think: 20 years ago, Anthony would have had to have taken those pictures with an actual camera, had them developed at CVS, and then mailed them off to a pen-pal he found by looking through student directories.

So it's only fair that a photo scandal that started on the Web would get parodied in one of the Internet's greatest gifts to us: macro images of adorable animals. These photos from Buzzfeed of guilty-looking dachshunds, overlayed with the text from Weiner's apology yesterday makes this whole media circus kind of worth it. Then again, I don't know any dogs that use Twitter, so I don't know why they'd be apologizing. Check out the rest of the series here.